If you're in the market for a new fishing simulation, then Trophy Bass 4 is the game of choice.

Bass anglers take their sport seriously. They watch fishing shows not just to learn fish-finding tips or hear about new techniques but mainly to see their heroes reel in those trophy fish in hopes that they'll be able to do the same thing their next trip. They clamber out of bed long before sunrise so there'll be time for the requisite biscuit and coffee before setting out in search of those lunkers who've just begun looking for a bit of breakfast. They endure scorching midday heat, secure in the knowledge that if the fish aren't biting at that time, then everything will change when the sun sinks low and things start to cool off.

Besides the 22 lakes featured in Trophy Bass 3D and the expansion pack, Trophy Bass 4 also provides three additional lakes, all in the South and the Southeast: Kentucky Lake (as well as Lake Barkley) in Kentucky, Lake Marion in South Carolina, and Toledo Bend in Louisiana. Add these to the lineup of previous venues - including world-renowned locations such as Sam Rayburn, Mead, Okeechobee, Kissimmee, and Lanier, along with lesser-known favorites like High Rock Lake and John Kerr Lake - and this is hands down the most complete array of fishing spots you'll find in any fishing simulation. Spanning just about every region of the United States, the many lakes featured in Trophy Bass 4 include recognizable landmarks, including houses, dams, and docks, and you'll also see computer-controlled anglers out on the lake trying their luck alongside you.

Another new feature implemented in Trophy Bass 4 is the ability to customize the appearance of your angler and boat and save specific tackle setups for quick access during the pressure-cooker environment of a tournament. It took only a minute in Trophy Bass 3D to set up a new rig, but this new option lets you completely overhaul everything from rod and line to lures, as well as assign a different persona (male or female) to that particular setup. You'll also notice that the fully 3D anglers don't simply haul a fish out of the water: You see the angler mosey over to the live well and drop his catch in or release the small fry back into the water to get caught again.

Most anglers will start out on a single fishing trip, a mode that is also an improvement over Trophy Bass 4's predecessor. The five available difficulty levels mean you'll get instant gratification if you're looking for strikes the minute your lure hits water, or you can simulate the difficult process of using all your resources to locate that special spot where the prize fish are hanging out. On individual trips, you have a lot of control over every important condition affecting the experience: Temperature, rain, water conditions, wind direction, and speed can all be tweaked to create your idea of a dream trip. About all that's missing is an option to set a limit on the number of six-packs you can take along for refreshment after your hard day's work!

Sierra Sports introduced its "lure cam" in Trophy Bass 3D, which let you view the lure as it moved through the water. It's an interesting feature initially, but it eventually makes you wonder where all the bait fish are that the 30-plus game fish feed on when you're not watching them. You might also wonder why live bait, such as frogs, lizards, minnows, and even night crawlers haven't been included in the game. The lure cam has its appeal, but after a while more serious anglers will opt to view the game using the boat camera (behind the angler's back) or the free-floating camera.

The free-floating camera is especially useful because now there's no need to turn your boat in order to face in a different direction: Using a simple key combo, you can spin all the way around and even cast out the back of the boat if you like - just watch out for that outboard motor when you're reeling in that prize catch! Switching between a trolling motor and an outboard motor is simple; fishermen who want to vent after a fruitless day on the water might even be tempted to crank up that Evinrude and plow over a couple of ducks!

New players will appreciate the built-in multimedia pro tips, which provide pointers on where to find bass and how to get them to take the bait once you spot them. It's an excellent resource that could almost be sold as a standalone product - in fact, I wish it could be accessed outside the game as a quick reference for when I'm heading out on a real fishing trip.

Sierra Sports has decided to support only the Microsoft Force Feedback Pro among all the available force-feedback controllers, and it'll be awfully hard going back to using a mouse once you try it and feel that massive channel cat or a feisty brown trout fighting for dear life. The realism achieved in the force-feedback effects is remarkable - smaller fish like crappies and young bass reel in almost helplessly, while bigger catches make the stick jerk furiously forward, left, and right - until they break water and the line goes slack!

Tournaments were an integral component of Trophy Bass 3D, and they're back and better than ever in Trophy Bass 4. Because the multitude of lakes spans the entire country, Trophy Bass 4 lets you compete in either the Eastern, Western, or Central divisions (though you can also opt out of division play and compete on any of the available lakes). Since many bass fishermen don't have the money to jet around this wondrous land o' bass, they'll enjoy having the option to compete on lakes they could actually drive to, in addition to those they've never been to before. Another new feature that helps you relive those championship outings is a trophy album - take a snapshot when you drop that monster in the live well, and you can show it to your unbelieving friends when they accuse you of concocting a fish tale.

Trophy Bass 4 seamlessly integrates the WON.net interface for smooth Internet play, and as the game catches on, there are sure to be more than the handful of competitors that were online in the first week or two after the game's release. The game includes a good variety of competitions, including standard rules where players keep their five best fish caught on each day of the tourney; elimination, in which only the best are left standing for a single day of competition; holes, which is like elimination but everyone fishes a predetermined spot on the last day; and team play, where anglers vie to see who can haul in the most poundage of the specified fish. It's too bad you can't tell what type of fish your opponents are hauling in - it's awfully scary to see a message that someone caught a 12-pounder in a black-bass tourney when you're not sure if it's a catfish or a bass. But of course, no one has that advantage in real life.

About the only complaint to be leveled against Trophy Bass 4 is that it's apparently limited to a 640 x 480 resolution. Some players claim to get higher resolutions, but Sierra's tech support had no clue how to do it - and the manual is no help either. Even so, the choice is clear: If you're in the market for a new fishing simulation, then Trophy Bass 4 is the game of choice. 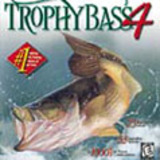 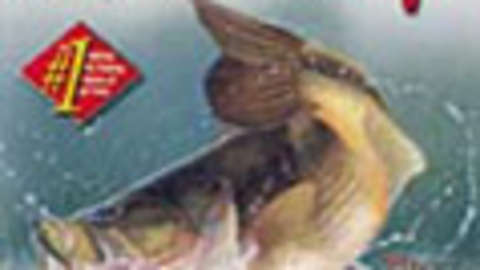 If you're in the market for a new fishing simulation, then Trophy Bass 4 is the game of choice.