One of the basic jobs of a video game is to enable you to viscerally experience something that you couldn't or wouldn't be able to on your own. Similarly, if it's a more common activity, like football, a video game should allow you to play it at a much higher level than you might otherwise be capable of doing so on your own. Then there are the emulations of games that aren't inherently electronic but use the format to enhance the experience. This is where Trivial Pursuit Unhinged should fall, but the game squanders its energy on unnecessary peripherals, like celebrity voices and the titular unhinged game mode, and as a result, the game suffers.

The beauty of Trivial Pursuit Unhinged is that if you've played Trivial Pursuit before, you already know what to do. If you don't, the game provides a superbrief tutorial that explains how you move your piece around the board while answering trivia questions in different categories, which earns you "wedges" for your playing piece. The ultimate goal is to fill up all the pieces of your pie. The game defaults to multiple choice answers for the questions, which may disgust Trivial Pursuit purists. To this end, the game also includes a shout-out option. Here you must respond to the question aloud and then hand the controller over to the next player, at which point the game reveals the actual answer. Then it's up to the other players to determine if the response you gave was close enough to the actual answer. If the other people you're playing with are jerks, they can easily make the shout-out option useless, but to the game's credit, this is as close to a regular game of Trivial Pursuit as one could hope for in this format.

If you're not playing with a group of bona fide trivia buffs, the pacing in Trivial Pursuit can drag, so the unhinged and flash modes try to alleviate this issue. Unhinged throws in modifiers at random--with effects that range from limiting the number of possible answers to changing everyone's location on the board--thus making the game a lot more random and chaotic than a standard game of Trivial Pursuit. This will most likely appeal to the novice, while it will simultaneously upset the pro. The flash mode speeds up the pace by basically stripping out the board game part, but it is slightly more structured than sitting around with your friends while going through the questions card by card. You can play any of these modes with up to four people, online or off, and if you want to play at the full six-player Trivial Pursuit capacity, you can play with both online and local opponents at once. Additionally, both the Xbox and PS2 versions include voice chat support, which helps to make the online experience feel a bit less sterile. However, it's worth noting that we had a very difficult time getting an online game going in the PS2 version, because there simply wasn't anyone playing. If the online mode is the big selling point for you--and you have the option--you're better off going with the Xbox version of the game.

Figuring out how to create a visually engaging interface when translating a board game into a video game can be a big hurdle. Trivial Pursuit Unhinged puts in some effort, but its focus is misguided. For most of the game, you'll be looking at a shiny, glowing version of a standard Trivial Pursuit board, and the camera will move around to focus on where the action's at. The problem is, the camera swings around kind of violently, which can be somewhat unsettling. The big missed opportunity in Trivial Pursuit Unhinged is in the multimedia question area, which is pretty limited in Unhinged to either tiny still images with lousy compression or short, tiny video clips with even worse compression. The Xbox version is too liberal with the motion blur, particle effects, and soft-glow effects, which, in combination with the rough camera, make the game downright hard to look at. The PS2 version has a cleaner look that's easier to digest, but the trade-off is that the game's pacing is slowed by lots of tiny loading times. So, you can either have a blurry, fuzzy version of the game that can be difficult to focus on, or you can endure noticeable pauses between dice rolls and questions. Your pick.

Trivial Pursuit Unhinged tries to add a touch of glamour by having a different celebrity host read the question for each category. So, football guy Terry Bradshaw tackles sports & leisure, Wild on E!'s Brooke Burke juggles people & places, Monty Python's John Cleese gallantly asks the history questions, Bill Nye the Science Guy administers science & nature, Jumpin' Jack Flash's Whoopi Goldberg presents arts & entertainment, and John Ratzenberger--yes, the John Ratzenberger--delivers the wild card category. Most of the celebrities are either bored, or they're overacting, with the sole exception being Bill Nye, whose delivery actually sounds natural and whose trivial asides don't sound like they're being read off a page. It's quite reasonable to assume that the developers could've included more questions if they weren't limited by the cost of the voice talent, and frankly, the celebrities are a lousy trade-off for the frequency with which questions tend to repeat.

So the big question is, "Does Trivial Pursuit Unhinged improve upon the actual Trivial Pursuit experience?" The answer is a resounding "No." Board games are inherently more social than video games, and introducing an electronic mediator ultimately cripples the experience. That there are far fewer questions in Unhinged than in your average Genus Edition doesn't help, nor does the stifled pacing in the PS2 edition. If you want a multimedia Trivial Pursuit experience, pay a few bucks more for the Trivial Pursuit DVD Pop Culture Game, which is more dynamic, makes better use of the format, and, since it's a standard DVD, will still play on your PS2 or Xbox. As you can see, there are plenty of reasons not to buy Trivial Pursuit Unhinged. The game's sole saving grace is its online play. This may be enough to draw in a certain constituency of trivia-lovers (particularly those who don't have any worthy opponents on hand), but if this includes you, be sure to keep all the other caveats mentioned in mind. 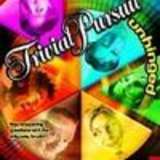 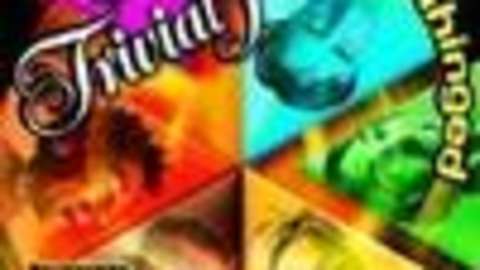