In the decade since the heyday of the Tribes series, many of the elements that made those games so engaging have been widely incorporated into many multiplayer shooters. Team-based game modes, large maps spanning indoor and outdoor locations, varied classes with customizable loadouts, vehicles, and even jetpacks have become familiar over the years. These elements are all well executed in Tribes: Ascend, the new free-to-play incarnation of the classic franchise, though they no longer distinguish it from the pack. That distinction goes to the one element that no game has since replicated, the element that pervades every aspect of gameplay and makes Tribes: Ascend uniquely challenging and thrilling: speed.

You can go very, very fast in Tribes: Ascend, so fast that your enemies will be hard-pressed to get a bead on you. It's as easy as getting a little altitude with your jetpack, then dropping down onto a hillside. Holding the space bar sends you skiing down the slope, and if you manage your momentum right, you can cruise around at startling speeds. It takes practice to get the most out of your movement, and you might find yourself trudging across big tracts of empty space or firing helplessly as savvier enemies whiz by. But once you get the hang of it, you become a much more potent player on the battlefield, and things get a lot more fun.

Speed lets you snatch a flag right out from under your enemy's nose in Capture the Flag, or run down the enemy flag carrier in Team Deathmatch and claim the score-boosting banner for yourself. A fast foe is a formidable threat, but the speediest classes are also the most fragile. A talented pathfinder may be able to traverse the expansive map in a few dozen seconds, but a doombringer's chaingun and deployable force fields make actually grabbing that flag a whole different challenge.

The nine different classes in Tribes ensure that going very fast isn't the only path to success. Heavy classes excel at defense, which makes bringing some big guns along on offense a smart strategy. Shelling enemy emplacements with a juggernaut's mortar can neutralize fortifications and create a good distraction for a cloaked infiltrator to sneak in and sabotage the enemy base. Having a technician on hand to repair the damage to your base and deploy sentry turrets is a good countermeasure, while a sentinel in a sniper perch can help keep the enemy at bay. There is a great diversity of weapons, grenades, abilities, and perks that allows a nice degree of customization, even within the varying classes. No matter what their specialty, every class is effective at dealing death, and it's fun to experiment with the variety of viable play styles.

Though not every class is great at moving quickly, they all rely on the jetpack for combat maneuvering. Flying depletes your energy meter, and though it eventually recharges, running out of energy mid-battle is a big disadvantage. Staying airborne is generally safer, since many of the weapons in Tribes: Ascend deal significant splash damage, and correctly anticipating your opponent's landing point is a great way to ensure you score a hit. These aerial movement tactics make firefights in Tribes: Ascend acrobatically engaging and, along with the broad class diversity, help make combat feel uniquely exciting and satisfying.

The action plays out on a variety of maps that aren't much to look at, but nonetheless make great battlefields. Abundant hills and valleys encourage skiing, while interior areas prove to be perilous given the aforementioned splash damage. Team Deathmatch maps are largely structure-free, making them the most free-wheeling of all the modes. By contrast, Arena deathmatches are smaller and take place on more claustrophobic maps, demanding more precision and ramping up the intensity. Capture the Flag and Capture & Hold both feature base fortifications like turrets and radar sensors that, depending on the map, can be very helpful or almost useless. Many maps also feature vehicle spawn pads, where you can bring an airborne menace or a lumbering tank onto the scene. The heaviest classes can make short work of novice pilots, which keeps vehicles from being much of a factor. Still, they add a nice strategic wrinkle and give you more to focus on than simply capping and killing.

Two of the four modes are unavailable until you level up to rank 8, but though it may take a while to unlock stuff, none of the content in Tribes is locked behind a pay wall. Tribes: Ascend is free to download and play, and from the start, you get free access to three of the nine classes. To unlock the six others, you need to spend experience or gold. Experience is earned in battle at a sluggish rate that borders on too slow. Unlocking all the classes will likely take tens of hours of play, and that's not including all the upgrades you'll want to make along the way to make yourself tougher and more deadly. Alternate weapons can pack a big punch, but they also have big price tags.

You can fast-track your way to more options by purchasing in-game gold using real-world money. The smallest of the four available gold packs sells for 10 bucks, which is enough to unlock three classes, a couple of new grenade or weapon types, or one big gun. Spending actual money also earns you VIP status, which comes with a permanent boost to experience gain and helps alleviate the otherwise slow flow of XP.

If you find yourself enjoying the action, spending even a little money is worth it, as the resulting class variety, loadout improvements, and experience boost are all welcome enhancements. But even if you don't pay up and everyone else ends up with fancier gear than you, you can still have a great time and be effective on the battlefield. The core action of Tribes: Ascend is well tuned and exciting. The unique movement mechanics transform every aspect of this otherwise straightforward shooter, creating combat zones unlike any others and making Tribes: Ascend a great bet for online competition.

View Comments (11)
Back To Top
8
Great
About GameSpot Reviews 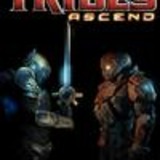 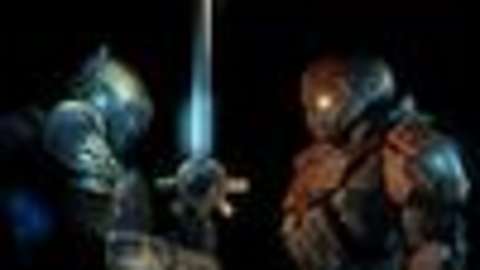 Tribes: Ascend is a new generation of the online multiplayer shooter, incorporating classic Tribes elements such as fast-paced jetpack enabled combat, skiing, and vehicles, combined with teamwork and strategy.