Trials of Mana adds modern hooks to an obscure classic JRPG, but fluid combat is held back by some frustrating choices.

Trials of Mana is not a bold reinvention. While it has been given a graphical overhaul and added systems that help flesh out and modernize the combat systems, this remake of a once-obscure RPG is very much rooted in its own history. And by some combination of that history and the modern enhancements, it has a bundle of great ideas that are often hampered by others that are obtuse or confusing.

From the start, Trials of Mana distinguishes itself from other traditional Japanese RPGs by presenting a pool of heroes. The very first thing you do is select three of the six characters to be your party--a swordsman, thief, healer, berserker, offensive magic user, and support/ranged magic user are available--and that decision will last throughout the game. You can swap between any of the characters in the heat of battle, while the other two will manage on their own with some simple preset behaviors, but your primary character is treated as the game's protagonist during major story moments.

It's an inventive idea that adds a layer of personalization and a criss-crossing narrative. The stakes of the overall story remain the same, but by presenting you with a selection of six different prologues, you get to see the various motivations that led your custom-built party to be thrown into this grand adventure. The other characters that you left unchosen appear in brief cameos, and it's implied that their own quest is still happening just off-camera as they go it alone.

However, this quality cuts both ways. While many similarly styled JRPGs would present a set cast, or have you swap characters between a larger roster, Trials of Mana has you choose the three who will last you for the entire adventure before you know anything about them or how the game will proceed. While all team compositions are probably viable, some are more sensible than others, so it's entirely possible to get knee-deep before wishing you'd made different choices. I had chosen Reisz as my main character with the promise that she's a strong ranged fighter, with the brawler Kevin and healer Charlotte as my backup. I imagined hanging back and doing ranged damage while Kevin pulled aggro. Several hours in, I realized her ranged abilities are fairly limited. And as I was fighting up-close anyway I might as well be controlling Kevin instead, since his aggressive fighting style and powerful attacks were much more satisfying.

I also regretted choosing Charlotte, albeit for completely different reasons. Much of the English voice acting in Trials of Mana is hokey and stilted, but fine and functional enough. Charlotte's is obnoxious, in large part because the localization accents her youthfulness with a heavy speech impediment. In short, she tawks wike this, fow the whole thiwty houws! (It is actually spelled out that way in the subtitles, mind you.) If it was meant to be endearing, it failed. I had reservations the moment my characters met up with her, but by then I didn't want to turn back and repeat the beginning of the game. Plus, Charlotte is also the only dedicated healer, so just about any given team composition would likely need to include her.

The characters themselves are familiar fantasy tropes, but strangely, many of them share almost identical qualities too. All three of my characters were heirs to a noble family--two of them an actual prince and princess--chased out of their kingdom by family strife or tragedy. There's nothing necessarily wrong with leaning on these archetypes for a fantasy story, but it feels formulaic when seeing them back-to-back in three different prologues.

Most of the time in Trials of Mana is spent in combat, interspersed with simple pathfinding and occasional platforming. Waypoints dot the map, neatly pulling you from objective to objective, though you're rewarded for straying from the path. Sometimes waypoints simply bounce you back and forth between cutscenes, which can feel like busywork without combat sequences to break up the pace.

That's because the combat is surprisingly fluid, especially in the late-game when you've unlocked a wide array of moves and combos. The Mana series is known for being action-focused, and this remake lovingly captures that quality in its transition from 2D to 3D. Striking enemies swiftly or charging a heavier attack and then dodge-rolling away feels weighty, and the powerful Class Strike abilities grant the appropriate feeling of overwhelming your opponents. Upgrading your characters eventually leads to bigger combo chains, giving you more versatility in the heat of battle. By the end it feels so naturally like a character-action game that its RPG roots are just running under the hood.

Because of this fluid combat system, Trials of Mana is at its best when you've found your main and your backup characters can behave independently. I struggled to switch between characters during tense battles when Charlotte wasn't being generous enough with her healing, but after some tweaking of her passive settings it became largely unnecessary. These options are relatively simplistic with only a handful of toggles, but I found that focus helped keep them user-friendly.

As enjoyable as the combat is, though, some of the elements surrounding the battle system can be confusing or obtuse. You start earning elemental spirits, which grant magical abilities, long before you could reasonably have leveled up enough to gain access to those abilities. Tool tips kept telling me I could equip these spells in the Training menu, implying they were immediately available, and I spent too much time hunting for abilities that didn't yet exist. The third-tier Class upgrades, which are already gated behind a level requirement, are also gated behind special seeds, and the game isn't immediately clear about where to look for them. And once you find those seeds, the classes they grant are randomized between a handful of different sets, so you may not get the variant you wanted.

The elementals also contribute to a day-night and calendar cycle, a genuinely impressive idea that goes almost entirely wasted. The game will stop at regular intervals to let you know when a new day begins and what type of elemental attacks get a boost on that day. This could encourage experimentation and strategy, but elemental spells are so rare that lining them up with the day just doesn't seem worthwhile. I can't imagine waiting several in-game days just to hit a boss with some slightly buffed magic. The day-night cycle is much more impactful if you have Kevin in your party, because as a member of the Beastmen tribe he turns into a much more powerful werewolf form at night.

As enjoyable as the combat is, though, some of the elements surrounding the battle system can be confusing or obtuse.

The story meanders oddly, with the nemeses introduced in the various prologues coming and going without much rhyme or reason. This seems partly due to the non-linear nature of telling pieces of stories starring a DIY cast, but it also just doesn't have much substance. The plot runs out of steam about halfway through the main quest, first tasking you with a laundry list of remaining elemental spirits to gather up, and then facing a series of bosses. Tiny pieces of character development appear throughout these hours, but since you can do these segments in almost any order, the story pieces don't really relate to one another. It's instead a series of vignettes leading up to the reveal of the Big Bad and final confrontation.

Those staid elements are unfortunate, because the world of the Mana series is filled with joyful moments of whimsy and weirdness. This is a game in which you travel between villages by being shot out of a cannon built by a gnome named Von Boyage. Once you need to take to the sea, your method of conveyance becomes a giant turtle wearing snorkeling gear. Enemies have names like "Assassant" and "Captain Duck." It's just delightfully oddball and helps soften some of the more dire melodrama.

Trials of Mana stands on the strength of its combat, and the fact that it's how you spend the vast majority of your time. That easy recommendation comes qualified with several elements that don't work nearly as well, from dull and hodge-podge storytelling to bewildering progression systems. Seeing a historical curiosity through the lens of a mostly modernized action-RPG was enough to pull me through the experience despite my quibbles, though, so there's certainly still life in the world of Mana. 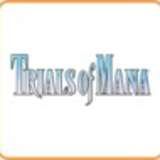 Steve Watts played Trials of Mana for roughly 25 hours, and then spent another three hours finishing the post-game content. He still remembers being a (mostly useless) Sprite companion for his older brother in Secret of Mana. Review code was provided by the publisher. 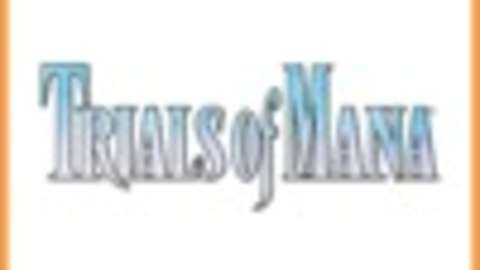