This exciting racing game is full of spectacular crashes and addictive time challenges, but it's a little light on content.

After an hour of navigating a particularly treacherous obstacle course, you finally cross the finish line, arms upraised in a sign of not only victory, but relief. As you catch your breath and check your score, your eyes shift down and catch sight of your friends' times. One of your friends has recorded a time three seconds better than your best effort; you're number two on your own leaderboard. You could ignore this attack at your honor, turn off the system, and get on with your life. But with just one more try, you could shoot ahead and make your friend chase after you. And the cycle begins. Trials HD is an expertly crafted high-score competition. Thirty-five levels pull you in for one more try, because with a little practice, you can get up that nearly vertical ramp more smoothly, land that jump off a towering ramp without a bounce, and finally avoid that pile of explosives that combusts whenever you get too close. Trials is a little light on content--most of the minigames are forgettable, and sharing created maps is far too limiting--but once you get sucked into a score battle, you'll be hard-pressed to put it down.

Your trials take place on a 2D plane with you atop a motorcycle. The controls are simple but require a bit of practice before you get the hang of them. You can shift your rider's weight by moving the left stick, and manipulate the gas and brake with the triggers, but figuring out how to take advantage of the exaggerated physics takes a bit of trial and error. Your motorcycle reacts to every bump in the road, so if you're not careful, a slight shift in elevation can send you tumbling head over heels into a sheet of glass. Crashing isn't as awful as it sounds, though. First of all, there are checkpoints all over the tracks, and you can immediately restart if you get into a wreck. More importantly, your rider's pain is exceedingly entertaining. Blood drips from your helmet when you scrape your head against the ground, but most of the violence is limited to the extreme positions into which your body contorts. Your body flops around like a rag doll, so even though it's disheartening to miss a flip, it's sadistically satisfying to see your spine bend in an unholy way.

Expect to see a lot of crashes as you get deeper into the game. The early levels serve as adventurous playgrounds, letting you come to grips with the handling and basic obstacles in fun and exciting ways. The free-flowing momentum of these stages is exhilarating, letting you tear through the courses at near top speeds. The difficulty quickly ramps up. More-intricate layouts force you to be thoughtful in your navigation, knowing when to go full throttle and when to give your bike just a taste of gas. As you progress, the obstacles get even more elaborate. You have to take advantage of the environment, bouncing off walls to land on a ramp below or knocking down pillars to form a bridge, and trying to master these new challenges is exciting. It's only when you get to the final stretch of levels that the difficulty borders on unfair. It can take hundreds of tries before you figure out the perfect trajectory needed to scale a nearly vertical wall of tires, and slamming your head against these extremely difficult tracks again and again is aggravating. The patient will be rewarded for their efforts, but it takes hardheaded determination to nab the checkered flag in the final stages.

After you curse Trials HD for being cheap and uncaring, you may be tempted to turn off the game with disgust. But there is one strong factor that will continually bring you back to the fold, even when the levels seem like impossible monsters that can never be slain: the leaderboard. Everything in Trials HD can be overcome with a bit of practice, and seeing your friends recording impressive times and passing levels that you cannot serves as the motivation to give a level one more shot. During races, you are constantly reminded of how you stack up against your friends by a meter at the top of the screen. This tracks how you stand in real time, so you always know how close you are to overtaking them. The only flaw in this engrossing score attack is that you might not have access to the same motorcycles that your rivals do. You unlock better rides as you get deeper in the game, which means high scores are achieved with all sorts of different vehicles. With no indication on the leaderboard of what motorcycle was used, you can repeatedly try and fail to beat a high score that may be impossible to achieve with your current bike. It's a small problem, but it can make early attempts at being the leaderboard king frustrating.

Outside of the 35 race levels, there are 12 minigames to compete in. These small diversions build on elements from within the main game, and though they aren't nearly as satisfying as the standard levels, they provide another leaderboard challenge. Some of the modes are too simple, forcing you to perfect one action to have any chance of achieving a respectable score. Ski Jump, for instance, isn't that amusing because it's so limited. You try to throw your rider as far as possible, but after a few attempts at tossing your helpless daredevil from the bike, the game quickly loses its appeal. The pinball-themed minigames are the highlights. Here, you have to use pinball flippers to shoot yourself around a level--either to nab targets or get as high as possible--and it's a novel change of pace from the standard action. The minigames don't have the lasting appeal of the racing levels, but they serve as a breath of fresh air when you need a break.

If you grow tired of all the stages in Trials HD, there is a level creator that gives you a chance to prove your designing prowess. This is a powerful tool, letting you create levels every bit as challenging and elaborate as the developer-made ones. The robust editing tool takes patience and a knack for level design to concoct something worthwhile, but anyone determined enough to stick with it can make levels as impressive as those that come with the game. Unfortunately, sharing your creation is even more difficult than making something interesting. You can share your levels only with someone on your friends list. There is no community share option, and you can't even share one user's created level with someone else on your friends list. As impressive as the editing tool is, the lack of good sharing options strips away much of the appeal. Rather than having access to potentially thousands of users' maps, you can only draw from up to 100 (the friends list cap), severely limiting the odds that you'll get access to good user-generated content.

Trials HD is one of the most addictive score-attack games for Xbox Live Arcade. The superbly designed levels can always be overcome with just a bit of practice, so the game is continually able to draw you back in for one more attempt to knock your friends down the leaderboard. Even when you're struggling, the game is still laugh-out-loud funny thanks to your rider's grotesque body contortions after hellacious crashes. At $15 (1200 MS Points), the game is a little short on content with only 35 levels and limited level sharing, but once you get sucked into this motorcycle racing world, it's extremely hard to do anything else. 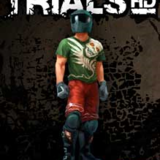