Trek To Yomi Review - One Samurai

Trek to Yomi oozes style by evoking the legendary samurai flicks of Akira Kurosawa, but its stilted combat lacks the substance to make this a classic in itself.

The one thing that immediately stands out about Trek to Yomi is its striking visual style. Set during Japan's Edo Period, Trek to Yomi captures feudal Japan with a grainy black and white filter reminiscent of classic samurai cinema--particularly the movies of legendary filmmaker Akira Kurosawa. Almost every single frame in Trek to Yomi could be a painting; such is the beauty of its immaculate composition. For all of its gravitas, however, the side-scrolling action game underneath it all continually underwhelms. When two heavy, steel katanas clash against each other with a subdued and weightless whimper, it becomes clear that Trek to Yomi lacks the substance to match its fantastic style.

Most of your time in Trek to Yomi is spent cutting down enemies with protagonist Hiroki's deadly katana. Combat adopts a familiar structure as you utilize light and heavy attacks, parries, dodge-rolls, and ammo-limited ranged weapons like a bow and shurikens to carve through each enemy encounter. Stamina governs how often you can block and attack before becoming winded and leaving yourself open to attack, but both health and stamina can be upgraded by exploring and finding pickups off the beaten path. You'll also unlock new combos as you progress, including one that lets you swing backwards--useful for dealing with enemies who emerge from behind--and another that leads with a heavy attack before transitioning into a combination of lightning-fast strikes.

You feel appropriately deadly, able to cut through most enemies with a couple of sword swings, but this does mean combat is a cakewalk for the most part. Armored enemies aren't quite as easy to kill, since they're able to sustain more damage and generally have more elaborate combos, and enemy types like those wielding spears force you to close the distance before you can strike a killing blow. The problem with Trek to Yomi's combat is that dispatching these foes rarely ever feels satisfying. There's a lack of fluidity when transitioning between different actions, and the animations are stuttery and stilted, lending everything a sense of weightlessness that's at odds with the game's cinematography. Parries are decidedly underwhelming, too, and enemies tend to attack one at a time--even when they have you surrounded--eliminating much need in even using the mechanic. It all results in combat taking on a formulaic rhythm as you simply parry, attack, and then repeat, regardless of which enemy type you're confronted with.

There's little of substance outside of combat as well. Seeking alternate paths can lead to the discovery of fun environmental hazards that let you bypass entire combat sequences altogether--cutting a rope to send logs tumbling onto some hapless bandits sitting around a campfire, for instance, or opening up a dam to wipe out a group with rushing water. There's also a single rudimentary puzzle, where you have to look at three kanji characters in the environment and then line them up correctly, that's reused multiple times. There's a degree of challenge in having to differentiate between various symbols, but this creates a dissonance in your role as Hiroki considering, as someone who's Japanese, he would presumably read kanji and not be confused by these puzzles.

Ultimately, the visuals do a lot of the heavy lifting; Trek to Yomi's cinematic presentation is eye-catching right from the very beginning. The game opens with Hiroki, a young samurai-in-training, practicing with his sword alongside his master. This sequence serves as a combat tutorial that blends in nicely with Hiroki's origin and seamlessly shifts into the motivating force of the story.

Things suddenly go awry when your master is summoned to protect the village from an invading force of bandits, so he charges off, spear in hand, and tells you to stay put. That obviously doesn't happen, as Hiroki quickly leaves the dojo in search of his master, and it's here that Trek to Yomi's arresting visual style reveals itself in both subtle and spectacular ways.

After descending the steps leading into town, the camera positions itself behind shopkeepers and busy market stalls as you weave between silhouettes. You're given a full range of 3D movement when exploring the environment, but the camera is fixed in order to frame each scene as though it were a movie. The lens sits in tight as you move through the village and pass its many denizens, before panning out once Hiroki emerges through the main gate, letting you soak in the vast rice fields and mountains rising in the distance--fluidly transitioning from the intimacy of the village to the grand scale of the outside world. As you confront the violent bandits bearing down on your home, Trek to Yomi moves to a 2D plane to present its side-scrolling combat. It's an effective perspective switch that results in numerous instances where you face off with lone warriors against scenic backdrops, further latching on to that cinematic feeling.

Kurosawa's inspiration isn't just confined to a shallow black and white filter either. There might not be anything here that can truly match the Japanese director's brilliance, but that doesn't prevent Trek to Yomi from being an excellent homage. Its use of natural phenomena, like wind, rain, fire, and mist, creates movement that breathes life into each frame in a very Kurosawa-esque fashion. Occasionally, the camera will even move through a scene as though the director himself was behind the lens, effortlessly flowing from a wide-angle shot to a close-up and then back again in one fluid motion. Because it was built from the ground up as a black and white game, Trek to Yomi's image really pops as well. There's a clear understanding of contrast, shadows, and the clash between light and dark tones that prevent each frame from looking as flat as they would if a basic filter was simply applied.

While Kurosawa's samurai films are often slow-paced and methodical, Trek to Yomi is anything but, which is one of the many areas in which its story and characters veer away from the stylings of the influential filmmaker. Hiroki's master is eventually slain by the roving bandits attacking his village, so the young samurai makes a vow to protect his home and those he loves against any future threats. Later on, once Hiroki has grown into a hardened samurai, the village once again erupts in violence, sending Hiroki on a tale of revenge as he confronts his own guilt at failing to uphold the vow he made to his dying master.

It's a simple story that moves along at a fairly brisk pace, often squeezing in less than a minute of dialogue before you're onto the next fight. The emotional beats don't quite pay off since you don't spend enough time with any of the characters to become invested, but it never tries to stretch itself too thin. This is a refined tale that complements the action without ever being truly compelling. At times, it's disappointing that it doesn't do more--only briefly touching on Shinto mythology, for example--but it serves its purpose, generating momentum with its revenge-fueled romp.

The faults of its gameplay are especially disappointing given that Trek to Yomi is such a gorgeous and spellbinding game to look at. Its visuals are evocative of classic samurai cinema in a way few other games have managed, successfully capturing the look and feel of Kurosawa's masterpieces with aplomb. It's easy to recommend if you have an Xbox Game Pass subscription, if only to marvel at each meticulously constructed frame. If only the game beneath it all wasn't such an unfortunate letdown.

View Comments (25)
Back To Top
5
Mediocre
About GameSpot Reviews 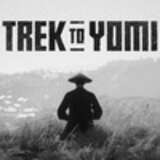 Richard reached Trek to Yomi's end credits in just under four hours playing on the medium "Bushido" difficulty. Review code was provided by the publisher.