Treasure Strike is a fun multiplayer game, but if you're a solo gamer, be warned that it's not too exciting.

Treasure Strike is an action-based puzzle game developed by Kid for the Sega Dreamcast. In it, you'll create and customize your own character and weapons. The object is to battle both human and computer opponents and collect as much treasure as possible. Also, the game has online support, so you can get on the Internet and play four-player battle matches.

The character creation is heavy on the options - you can choose your sex, body type, hairstyle and color, face, eyes, mouth, and even costumes. The options make every player look unique, and this makes it easy to get attached to your personal character. But if you're tired of your guy's ugly mug, you can always change the appearance of your character by visiting the game's hair parlor. When you are playing alone, the only option is quest mode. Here you will follow a role-playing gamelike story - roam around the village, go to battlefields, find treasure, sell these treasures, and buy new arms or improve existing ones. The nice thing about the single-player is that you can save your character and use the data when playing against your friends, either at home or online.

When you are treasure hunting in the battlefield, you will start off at your home base. This is where you will replenish your health, ammo, and store treasures you have obtained so far. Fighting against other characters on the battlefield is quite similar to fighting in Capcom's 3D fighter, Power Stone. In Power Stone, you collect three gems of different colors to power-up your character. In Treasure Strike, you collect three color-coded keys, and there are treasure chests located on the battlefield. A colored key opens the treasure chest of the same color. Some chests are a combination of two colors. One treasure chest in each round contains the target treasure. The object of each round is to take this target treasure to your home base. Although skill is involved, a lot of the game is dependent on luck. One common trick is to wait for one of the other players to find the target treasure and take it away before he reaches his base.

The treasure you capture can be sold to purchase new arms, or it can be used to improve your existing weapons. Each arm has a number of shots, range, reaction time, and rate of fire. They are also categorized into three kinds - short-range, long-range, and trap. Short-range weapons are basically swords and daggers, while the long-range weapons are guns, bazookas, and missile launchers. Traps consist of explosives such as time bombs or sensor bombs. A lot of the fun comes in the arm customization - sort of like how you customize your mechs in mech-strategy simulation games like Front Mission or in action games like Armored Core. 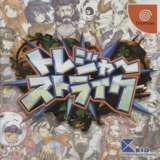 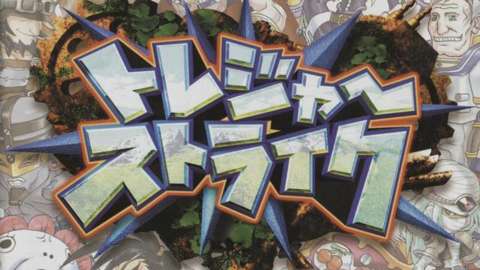 Treasure Strike is a fun multiplayer game, but if you're a solo gamer, be warned that it's not too exciting.