Treasure Planet may not be the next Homeworld, but it's short and sweet--just not very deep.

In the past, computer games based on Disney movies have usually been little more than children's games designed to quickly cash in on the success of the films themselves, without offering much value for serious gamers. But somewhere along the way, Disney Interactive decided that games based on Disney licenses should appeal to more than just 10-year-olds. And so, the most recent Disney-based game actually offers more than previous lightweight Disney games. In fact, Treasure Planet: Battle at Procyon, based on the Disney animated motion picture Treasure Planet, is indeed a "real" game from Barking Dog Studios, the same developer that created Homeworld: Cataclysm. It's a natural fit, because the movie is an adventure set in space. And while the style of Treasure Planet favors 18th-century space galleons over the futuristic spaceships of Homeworld, the backdrop is still the same: vast seas of black space, swirling nebulae, and treacherous asteroid archipelagos. And the general idea is the same as well: Take control of space ships and blast away at enemy vessels until you save the universe from the clutches of evil.

Treasure Planet actually takes place five years after the events in the movie. You play as the main character from the film, Jim Hawkins, who has finally realized his lifelong dream of joining the Imperial Navy. You begin the game on the day of Jim's final exams at the naval academy. If he can complete the final exercise, he becomes a full-fledged lieutenant in Her Majesty's Service. Just in time too, because the galaxy is undergoing some important changes that require a more vigilant and dedicated navy than ever before. The Terran Empire is on the cusp of a peace treaty with the Procyon Empire, but space pirates have made space travel dangerous for both of these former enemies. So, young Lieutenant Hawkins is thrust into action as soon as his training ends, and he begins his career hunting pirates and keeping the peace.

However, a few missions into the 12-mission single-player campaign you soon discover that a menace greater than pirates is threatening the galaxy. Mysterious alien ships called Ironclads, which look like industrial, steel-plated submarines, have been ravaging Procyon space, and as a gesture of solidarity, the Terran Queen has sent her navy to help battle this Ironclad menace. Meanwhile, coincidentally, a Procyon fleet is en route to the heart of Terran territory to finalize the peace treaty. That conveniently leaves Jim pretty much alone in Terran space to battle pirates, as well as to extend a cautious welcome to the suspicious Procyon visitors and also to investigate alarming rumors that Ironclads have secretly penetrated the heartland of the Terran homeworlds. The game's story is simple and has predictable plot twists. You find out eventually that friends aren't really friends and enemies aren't really enemies. But at first, everything is fairly straightforward, and you merrily gun down pirate ships and ironclads with your cannons, lasers, and torpedoes.

Like the movie, Treasure Planet has an unusual setting--one that combines 18th-century European battleships with spaceships and futuristic weaponry. Rockets and lasers sit alongside cannons and sails on galleons, sloops, and men-of-war. In fact, Treasure Planet plays more like a sea-ship simulator than a space game; it isn't another Homeworld. The action takes place on a 2D plane, and you can't even rotate the camera up and down along the Z-axis to get views of the underbellies or roofs of ships. Instead of planets, you sail alongside islands that float in the void. You'll even see schools of alien fish and space whales swim by your fleet. In fact, if you swapped out Treasure Planet's black space for blue water, you'd have a naval game--but the space setting is charming and consistent enough to suspend your disbelief, as long as you keep in mind that the game is based on a cartoon movie.

Treasure Planet's gameplay is very straightforward and simple, especially because the game's battles are in 2D rather than in 3D as they were in Homeworld. Moreover, the space vessels look and act like sea ships, so they're easy to understand and intuitive to control. The tutorial does a great job of teaching you the basic controls and will have you navigating the campaign missions with aplomb. Once in a mission, you just point and click to move or to shoot at enemy ships. There is a minor role-playing aspect to this very story-driven game, which features in-engine cutscenes, in-mission dialogue, and post-mission debriefings. As you progress through the campaign, you will rise in rank, end up controlling several ships (you begin by controlling only one), and gain better and larger ships. You can also sometimes assign new crew members and weapons to your existing ships during the beginning of certain missions.

Unfortunately, Treasure Planet is perhaps too simple, at least for serious game players. And although it can be fun, it isn't terribly challenging and doesn't offer the depth of other space strategy games like Starfleet Command III or Homeworld. There just isn't much to do except maneuver around your target and shoot. For instance, the game gives you the option to board an enemy ship, but it's actually impossible to do in practice, because Treasure Planet doesn't have the necessary helm controls to help you match your speed with your target, unless you destroy the enemy ship's sails, which renders it useless, anyway. You also have only limited access to the crew and weapon upgrade screen, so the game doesn't offer any in-depth ship customization. This makes sense considering that Disney's audience is the casual gamer; perhaps Disney Interactive figured that detailed ship customization and greater controls might detract from Treasure Planet's simplified gameplay, which is very consistent and very easy to understand.

Treasure Planet also has multiplayer support so that you can play against other players in LAN or Internet games. It also has open ship skirmishes and scripted scenarios. But because Treasure Planet's gameplay isn't all that deep, there really isn't much to hold your attention after you finish the single-player campaign. Then again, Treasure Planet's graphics are quite good and feature progressive ship damage so that you can easily tell how damaged ships are and what weapons they have. And the game's explosions are impressive and feature lots of debris, gouts of flame, and lighting effects. The characters in the game aren't voiced by the actual movie actors, which might be jarring for fans of the film, but Treasure Planet's voice acting and sound effects are certainly adequate.

For those who enjoyed the movie, Treasure Planet: Battle at Procyon lets you continue adventuring in the unique setting of the Treasure Planet motion picture with Jim Hawkins in a mostly entertaining fashion. Even serious strategy fans will find it to be a nice diversion. Treasure Planet may not be the next Homeworld, but it's short and sweet--just not very deep. 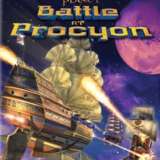