If you can overlook its technical deficiencies, you might enjoy Trapt on some level, if only because there's nothing quite like it currently available.

Tecmo's latest adventure game, Trapt, may have the same name as the lackluster nu metal band that brought us the unremarkable song "Headstrong," but thankfully the two properties aren't at all related. Trapt the game combines common survival horror themes with puzzle-based gameplay. Although it isn't quite like anything you've played this generation, Trapt isn't entirely new. In fact, this game is part of a series known as Kagero: Deception (later shortened to Deception), which saw three installments on the original PlayStation. Whether or not you've played any of those games, you should check out Trapt if you're looking for something different and are willing to forgive a few technical shortcomings. At $50, though, this one is best left as a weekend rental.

You can pick up the basics of the story in Trapt, but it will probably make much more sense if you speak Japanese, because you'll have the benefit of understanding the dialogue rather than having to rely on the terribly translated subtitles. Either way, the storyline centers on Princess Allura, who is framed for killing her father. You take control of the princess as she flees the castle to evade pursuers and to figure out what's really going on. As it turns out, the princess is possessed by a demon known creatively as Fiend. This demon gives her the ability to use all kinds of medieval traps to kill people and take their souls to feed to him. There are some twists and turns later in the story, but for the most part it's pretty difficult to follow, thanks to an odd cast of poorly developed characters that seem to fade in and out of the story without having any discernible impact on the events in the game. There is a ton of dialogue in the game, delivered during the frequent and overwrought cutscenes that occur before and after each story mission. In the end, you won't really care about any of the characters or underdeveloped plotlines; you'll just want to get to the gameplay.

The gameplay in Trapt is a lot of fun. The game plays like a high-stakes version of Home Alone. You play as the helpless Princess Allura, who can't do anything but run around and set traps. In each mission, you begin in a room with as many as two enemies who will slowly chase you and attack every once in a while. Right away, you can press the circle button to pause the action and bring up a map of the room, complete with a handy grid overlay to help you lay out your traps. You can equip nine different traps before battle, three traps in each category. The trap categories are wall traps, floor traps, and ceiling traps. Wall traps include such traps as spikes that shoot out of a wall to spear enemies. Floor traps are set on the floor, like bombs or bear traps. Ceiling traps fall down from the ceiling, like giant metal balls that crush people, or vases that fall on enemies' heads and blind them.

You can set up these traps anywhere you like in the room, but your options depend on the layout of the room. Once you have your traps set, they'll take a few seconds to charge up and become usable. Some traps take longer to charge than others, but most don't take longer than five or six seconds. Once they're active, you'll see a translucent colored icon where you placed the trap. When you lure an enemy within range of a trap, you can hit the assigned button to activate the trap, and if you time it right, the enemy will take damage. Once you kill four or five enemies this way, you'll complete the level.

It sounds simple because it is, but there are a few factors that throw in a bit of a twist. You can set up traps in such a way that an enemy will get hit by several traps at once. For example, you can set a magnet wall trap to hold an enemy in place, and then drop an iron ball on his or her head. When you catch an enemy in multiple traps at once, you'll get a combo bonus, which gives you more money to purchase new traps between missions. You can also combine your own traps with traps that already exist within the room you're playing in. In one room you can set a vacuum floor trap to hold an enemy in place, then hit a switch to drop a chandelier on his or her head. Or, you can set a smash panel trap to flip an enemy into the air, causing him or her to get impaled on a candlestick and catch on fire. If you can figure out how to use them, the room devices can be much more powerful than any traps you might have. Of course, you can get hurt by all the traps in the game, so you have to be careful where you're running.

Some enemies are immune to certain traps, which is something to keep in mind when equipping traps before each mission. For instance, some enemies are resistant to fire, and others are too quick to be tripped up by certain floor traps. You can study up on each enemy's strengths and weaknesses between missions, which is handy. For the most part, though, it isn't difficult to crush, burn, and impale any enemies you might come up against.

If you're having a hard time laying out your traps effectively, you can run to another room and set up the traps all over again. Extra rooms can be unlocked by spending money between missions, and some rooms are more conducive to certain types of traps. In story mode most of the rooms are pretty nondescript castle settings, but occasionally you'll find some truly treacherous areas that let you get really creative with the way you set traps.

The main portion of the game lies in story mode, which has more than a dozen different missions for you to play through. There's also a side story to each mission, which just gives you a few more people to fight and doesn't really do much in terms of shedding light on the story. There are a couple of points in the game where the storyline branches off based on the decisions you make, which does add a bit of replay value, if only because you get to fight some different opponents. Even with the side missions, you can easily beat the story mode in a couple of hours, and only the last couple of missions offer much of a challenge. For the most part, the enemies are laughably easy to kill in this game. Of course, if they were any smarter it wouldn't be as fun to watch them unwittingly get themselves into all kinds of trouble. There's something oddly entertaining in watching a lady with a rolling pin run after you, only to get a huge rock dropped on her head just as she gets within striking distance.

If you don't want to bother with all of the cutscenes in story mode, you can play survival mode. In survival mode you are given a certain amount of time to take out a number of enemies, and of course you have to survive those enemies as well. After you kill a set number of enemies you move on to another, more difficult level. Since you're working against the clock, you have to make efficient use of your traps, which adds a new bit of strategy to the game.

As fun as it can be to play, Trapt does suffer from some glaring technical problems. The biggest problem is the unstable frame rate. When there are two enemies onscreen and you activate a trap, the frame rate drops to almost unplayable levels. Everything slows to a crawl, and it takes several seconds for the frame rate to recover. The problem is that you'll often be in a situation where you'll want to activate multiple traps in quick succession, and when you do that you might as well put the controller down and go get a snack or something to drink, because it will take just about that long for the game to pick back up again. OK, so it's not quite that bad, but it's still inexcusable, especially since the game isn't pushing a tremendous amount of detail or rendering tons of special effects. There's just no reason this game should run so poorly.

The graphics are about average. There's nothing eye-catching, but the game isn't painfully ugly or bland, either. The characters animate fairly well, but the run speed is so slow that enemies seem as though they're running underwater, which is a bit awkward but makes it easier to catch enemies in your traps. The characters do have fairly detailed outfits, including all sorts of neogothic bondage gear for all the women in the game, which is just fine if you're into that sort of thing. The camera can be a bit frustrating, since you constantly have to move it around to see where your enemies are. However, if the camera gave you a clear view of the entire room, the game would be way too easy, since you would always be able to see exactly when an enemy was within range of your traps.

The sound is about what you would expect from a horror game. The ominous music fits the haunted castle theme perfectly, and it does a great job of setting the tone of the game. The voice work is entirely Japanese, and it sounds authentic enough here. The sound effects are pretty basic, and although none of the traps have much of an impact soundwise, they don't sound completely weak, either.

Overall, Trapt is a fun experience that's unfortunately spoiled by a terrible frame rate that all but breaks the game. It can be entertaining to experiment with different traps, but after a few hours the game starts to feel repetitive, and it doesn't offer enough of a challenge to keep you coming back for more. If you can overlook its technical deficiencies, you might enjoy Trapt on some level, if only because there's nothing quite like it currently available. 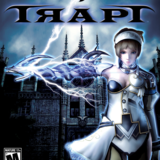 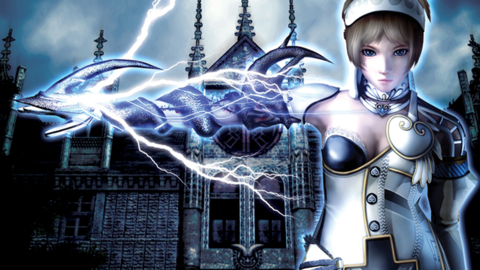 In Trapt, you can assume the role of Queen Allura, a woman framed for her father's murder and forced into exile. After fleeing into the Black Forest, you become an evil trap master, bent on revenge.