Transformers: Revenge of the Fallen Review

This dull and unpleasant action game is in desperate need of a tune-up.

Blockbuster action movies and video game tie-ins have joined lemonade and lawn chairs on the list of summertime icons. PSP owners tempted to combine these things by heading outside with Transformers: Revenge of the Fallen should seriously reconsider. This third-person run-and-gun shooter is ultimately functional, but the poorly-tuned gameplay is uninteresting at best and aggravating at worst. Though blasting your way through hordes of enemy robots can be satisfying, the inconsistent shooting mechanics, unwieldy melee controls, lackluster visuals, and horrendous sound effects seriously dampen the appeal. There is a substantial amount of game here, but you'll be hard-pressed to find any fun.

Revenge of the Fallen features two sizable campaigns, Decepticon and Autobot, which loosely follow the plot of the movie. The plot is conveyed through voice-acted dialogues and intermittent cutscenes that look like a botched attempt to visualize what goes on inside a computer. While the voice acting is well done and the music is sufficiently dramatic, the sound effects are just awful. Explosions, robotic clanks, and power-up twinkles all blend together in a muddled, muted cacophony that is drowned out by the incessant sound of your guns. Laser beams are merely monotonous, but machine guns are aggressively bad. As in, a kindergarten class armed with pots and wooden spoons bad. And because you shoot your guns almost constantly throughout every level, the only respite is to turn the volume down from the main menu. This takes away the offending effects and leaves the dramatic music in a strange auditory limbo that, sadly, is your best option aside from total muting.

The action plays out from an isometric viewpoint that gives you a more or less top-down view of whatever corridor you are currently traversing. City streets, parks, construction yards, and enemy fortresses are just some of the varied environments you'll visit. They are adequately detailed and filled with destructible items that you can usually explode and walk over without issue. Sometimes, however, these explosions will knock you down or the leftover debris will trip you up. This inconsistency is annoying and can also be dangerous when you are beset by hordes of enemies.

To deal with your foes you have a primary gun that you can (and will) fire almost constantly. You can pick up upgrades that increase your firepower, and these come in very handy. While shooting, you enter strafe mode, meaning you have to press the L and R buttons if you want to change the direction you are facing. Initially this is a bit cumbersome, but you'll soon get the hang of it and be able to circle-strafe around enemies with ease. Other power-ups include ammo for your beefy secondary gun, a protective shield, an electrically charged shield that damages enemies, a temporary holographic double, and invisibility (yes, Transformers can apparently become invisible). Every enemy you destroy drops energy cubes that power your special attack (damages all enemies in the area) and signature attack (varies from character to character). You'll have to use all the abilities at your disposal to get through the game because though the first levels are quite easy, later levels are a good deal more difficult.

Revenge of the Fallen makes things harder for you by throwing more enemies at you and making them tougher. Blasting some of them can take quite a while if your gun isn't upgraded, so you'll need to make good use of your melee attack. While some enemies are clever enough to back away when you approach them, others just stand and wait for your one or two blows to destroy them. You pack a powerful punch, but the melee button is kind of slow to respond, so you'll often end up delivering a three-hit combo when you only wanted to hit once. This sluggishness also allows enemies to step out of range, but the same sluggishness does not apply to enemies because their punches often land even if you've dodged out of the way.

You'll be doing plenty of evading if you want to preserve your not-so-abundant health. As with melee attacks, projectiles will often hit you even if you seem to have dodged clear of their path. Conversely, you can shoot at enemies near the edge of the screen, but even if it looks like you are hitting them, the damage may or may not register. As a result of these inconsistencies and the general difficulty, keeping yourself alive in later levels is challenging but doable. The problem comes when--in the Autobot campaign--you have to escort a painfully slow ally. Keeping a huge flatbed truck safe is aggravatingly difficult, but at least it makes a certain sense. The next level forces you to escort Bumblebee as he drives a human ally around town. Why isn't this a driving level? Why does Bumblebee remain parked idly after dropping off the human, demanding that you protect him? These baffling design choices make an already frustrating level even worse.

Most of the time, though, you'll just be running and gunning--maneuvering your way around enemy fire and blasting back with all you've got. While the action is functional and somewhat challenging, it just isn't fun. You're dealing with the same foes and attacking in the same patterns over and over again (there's a two-player Challenge mode if you want to do it all in one arena). In addition to the aforementioned issues, enemies will occasionally run onscreen and shoot in a totally different direction or just not shoot at all. These rough edges give the whole game a slapped-together feel. Revenge of the Fallen has to try really hard to keep the problematic gameplay and poor presentation on track, and it doesn't have any energy left over to entertain. 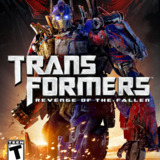 Transformers: Revenge of the Fallen
Follow
$9.98 on Walmart
Buy 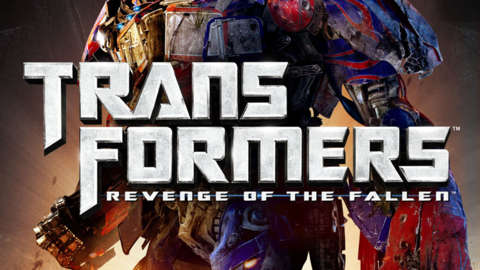 Transformers: Revenge of the Fallen

Based on the movie of the same name, Transformers: Revenge of the Fallen will let you step into the shoes of autobots or decepticons.

6.9
Sign In to rate Transformers: Revenge of the Fallen