Transformers: Dark of the Moon Review

Transformers: Dark of the Moon is a short and shallow shooter that fails to deliver on the potential of its beloved license.

Another Transformers movie means another Transformers game. For many longtime fans, Optimus Prime, Bumblebee, and the other robots in disguise are special characters, and hope endures that someday, a Transformers game will come along that does them justice. Unfortunately, Dark of the Moon is not that game. The action in this third-person shooter isn't bad, but it also isn't anything remarkable. There aren't any surprises or standout moments during its brief campaign, and the shallow multiplayer isn't likely to keep you coming back for very long.

Dark of the Moon serves as a prologue to the upcoming film of the same name. There's a story here about the evil Decepticons desperately looking for something, but the game never makes it clear why we should care about the outcome, so it's hard to feel invested in what happens. And because you play as both Autobots and Decepticons, you're not rooting for either side to prevail. The ending is underwhelming; nothing is resolved, and there are no clear winners or losers. All we get is the setup of a situation that will play out at cineplexes later this summer. The visuals don't support a sense of global conflict, either. The South American villages, Mayan temples, and other locations don't have much detail, making them look more like playsets for toy robots than actual locations around the world. It's not uncommon to see robots pass through objects or get caught on corners, and destroyed enemies inexplicably evaporate into smoke and ash. The sounds do a better job of bringing the conflict to life. The various guns and other weapons you use throughout the game sound powerful. And Peter Cullen, the longtime voice of Optimus Prime, sounds as authoritative and benevolent as ever.

The campaign is spread across seven chapters, each one focusing on a different Transformer (or, in one case, two Transformers). When in robot form, you have a few different weapons and abilities available, and the unique abilities of each Transformer lend the action a bit of variety from chapter to chapter. Mirage, for instance, has a cloaking ability and a sniper rifle, and Megatron can drain health from nearby Autobots. But these abilities aren't significant enough to prevent the action from falling into a rut as a result of the repetitive and uninspired level design. You spend most of your time walking or rolling your way through levels, pausing frequently to blast generic robots of the opposing faction. On very rare occasions, you need to do things a bit differently, such as in one section as Mirage during which you have only the cloaking ability and melee attacks at your disposal. But for the most part, there's nothing that makes one battle significantly different from the next. You fight the same standard enemies in similar environments over and over.

So the game doesn't change things up much. But of course, this being a Transformers game, you can change things up a bit yourself at almost any time. In Dark of the Moon, Transformers have what's called a "stealth force" form, which looks like a tricked-out, heavily armed version of their vehicle form but lets them move in all directions. This mobility makes the stealth force forms fun to control, but their limited firepower means you'll probably spend more time in robot form. Each Transformer also has a vehicle form, which you can enter only by holding down a shoulder button that makes you speed forward. This form isn't always your most effective offensive weapon, but it is the most fun. Crashing into enemy robots sends them flying back through the air a ridiculous distance. It's an absurd and fun way to dispatch your foes, though this one-note goofiness can entertain for only so long.

Vehicle forms are also useful during specific sections of levels when you need to cover a lot of ground quickly. The controls for vehicle forms are awkward; cars and trucks are slippery and seem to pivot from a central point, as if their wheels aren't actually touching the ground. This awkwardness makes precise driving difficult, but this doesn't matter much. You can usually just drive ahead clumsily at full speed, bouncing off the sides of the road, and still not have any trouble reaching your destination. These sections are a breezy break from the third-person shooting that makes up most of the game, but the strange controls and slippery physics also make them one of the game's biggest disappointments. When Bumblebee transforms into vehicle form and speeds down the road, it feels like you're controlling a lightweight toy rather than putting the pedal to the metal in a Camaro. The flying sections are similarly disappointing; during one chapter, you pilot Starscream in jet form, but he flies through the air much too slowly to make this exciting.

In addition to the campaign, Dark of the Moon has a multiplayer mode. Here, the Transformers are divided up into four classes. There are speedy scouts, airborne hunters, well-rounded commanders, and hard-hitting warriors. There are only three game modes: Deathmatch, Team Deathmatch, and Conquest, in which teams earn points for controlling nodes. As in so many multiplayer games these days, you earn experience and level up, unlocking new perks (like faster speed on foot, or an automatic grenade drop when killed) and new abilities (like a healing ability, or a temporary boost to armor and damage for all nearby allies). Battles tend to be chaotic, with lots of players shooting and clobbering each other at close quarters. They're good for some quick and shallow Rock'Em Sock'Em Robots fun, but they lack the depth to keep you coming back for long. You level up very quickly and can earn every ability for every class in a handful of hours. With shallow action, just three basic modes of play, and five maps, this multiplayer quickly loses its appeal.

The same can be said of the entire game. The seven-chapter campaign is over quickly and leaves you feeling like nothing has been resolved. It's more of a commercial for the upcoming film than a story in its own right. Walking through levels blasting and crashing into robots offers some satisfaction, but the game doesn't have any memorable moments, and it certainly doesn't capture the Transformers magic that fans of the robots in disguise are hoping for. They say that Transformers offer more than meets the eye. But with Dark of the Moon, what you see is an ordinary and unattractive third-person action game, and what you see is exactly what you get.

View Comments (1)
Back To Top
5.5
Mediocre
About GameSpot Reviews 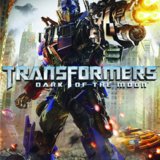 Transformers: Dark of the Moon
Follow
$9.99 on Walmart
Buy 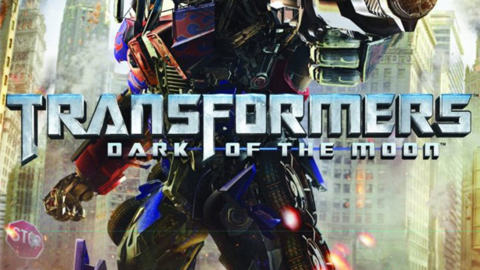 Transformers: Dark of the Moon

Transformers: Dark of the Moon thrusts players into an original storyline that takes place before the events of the upcoming film.

6.4
Sign In to rate Transformers: Dark of the Moon