Bullets from cannons and sawblade projectiles; plasma and lasers and big friggin' missiles; blown-up loot piñatas emptied of bling; these are a few of my favorite things. Tower of Guns is a genre mash-up of bullet hell games, fast-paced first-person shooters, and roguelikes. And while the game isn't without its flaws, it delivers a high-energy rush.

The objective of Tower of Guns is to, well, destroy the Tower of Guns. To do so, you navigate randomly generated levels chock-full of cannons, roving robots, and secret caches of cash. Each floor has a handful of rooms you have to blast your way through on your way to the boss. Of course, because you only have one life available for each attempt to defeat the tower's gauntlet, it's sometimes wiser to keep your gun holstered and simply play dodge(cannon)ball instead, though by doing so, you miss out on loot just begging to be grabbed.

You begin each run by selecting a gun and a perk. The two guns available at the start aren't anything special, but you quickly unlock others; then you can decide what playstyle suits you best. Your gun options are quite diverse; whether you want to fire bouncing sawblades, highly explosive "unicorn vomit," or the FPS-staple rocket launcher, Tower of Guns has you covered. When it comes to perks, you quickly realize there's no better option than your initial choice--the Bluegrass perk. Because who doesn't want to start with the ability to triple jump?

As you progress through the levels, you gain access to additional jumps and faster movement while seeing a marked increase in difficulty. Although the early levels may seem sluggish, the pace ramps up until you've become completely lost in a delicate waltz weaving in and out of the oncoming onslaught. A normal successful playthrough only takes about 30 minutes (assuming you survive), but the endless mode sends you back into the tower time and time again until either your sanity or your body breaks.

No attempt on the tower is the same twice, and although many of the levels will appear familiar as you play, there are always new level chunks to discover or a new enemy layout in a familiar landscape to keep repetitiveness from setting in. Even if every run were on identical terrain, for better or worse, each run is further differentiated by the loot that spawns. Some attempts may give you access to weapon modifications or items that make your destructive path easier to achieve. Others may give you more jumps sooner. If you're extremely unlucky, you may just find coins and hearts everywhere, leaving your arsenal a meager sampling of the game's great sandbox.

Although you have only 10 guns to choose from, many more can be found throughout the game. Each gun progresses in power with experience pick-ups. On my best run, I had the option of swapping through six different guns I'd found to lay waste to the turrets impeding my advance. My personal favorite was a trumpet that launched shrapnel, but the game's Experience Cannon, which literally turns any acquired experience into a weapon, was certainly the most unique.

The game controls are very fluid and simple to learn. Occasionally, you may encounter hitches when jumping, but that usually only happens if you're trying to add too much finesse to your ledge dancing. If you find it too difficult to leap across a great divide, you can elect to fire your weapon straight down and use the game's physics as a backwards propellant to give yourself more lift. Aiming can be a little difficult to grasp while moving because every shot is a projectile, forcing you to consider travel speed and distance.

Each boss fight offers its own challenges. Though most are fairly easy to handle and are just larger versions of the constructs you fight as you progress through a dungeon, some, such as the stationary Pipe Organ or the Tilt-a-Whirlesque Egg Scrambler, offer a unique experience you can't find in the ordinary halls of the citadel. The game even ensures that fights against the same boss aren't identical. The most notable example of this is seen in run-ins with Dr. Turret; the level's layout can change, greatly altering the experience by segregating the different areas in which his weak point may spawn. Once you get enough jumps and jump height, some of the boss fights begin to get repetitive, but that's only a concern during the long grind of Endless mode--even then, it's not a common issue.

No attempt on the tower is the same twice.

The level design has its ups and downs. Each floor has a number of secret hiding spots where you can discover new items or loot, and you find out at the end of each level what percent of those secret spots you found. Some are extremely well hidden, and I rarely managed to maintain above a 50% discovery rate for the secrets. If you're a perfectionist, the secrets alone will keep you coming back for more. However, you may glitch through a wall that's not designed to hide a secret. Sometimes you're only there for a second before you're shoved back into the bounds of the map; at other times, you may find yourself completely outside the intended boundaries, free to roam where you were not intended to roam. Sometime, you might simply get stuck between a rocket and a hard place. The game is aware of this possibility, and it gives players the option to reset themselves back to the start of the room by holding Y. That doesn't make the potential hiccups any less annoying though. Some of the Ramparts levels are so easy to escape that the game brings up a dialogue window with a somewhat comedic message from the developer letting you know that you escaped the bounds of the map into an area of dodgy collision detection; the game reminds you about the reset function if you venture too far.

The game's dialogue is easy to overlook, but it's worth it to stop for a moment and read it. Each storyline is laced with tongue-in-cheek humor and silly characters. One story features you playing as the developer's brother (the composer), and you critique various levels during a conversation with the developer. Although the story has no effect on the game itself, the different stories are all worth reading at least once--you'll get a good smile or a hearty chuckle out of them. Likewise, every loading screen features random punchy comments to further add to the game's comedic entertainment value and to make sure you know that the game doesn't take itself too seriously.

The only other issue that can interrupt your enjoyment of Tower of Guns comes when you experience the harsh wake-up call that there is a such thing as too much fun. Whether due to the massive on-screen population of spinbots and bombs, the largest loot piñata explosion in history, or a tsunami of bullets, the game experiences a substantial drop in frames, which can lead to a frustrating, premature death. The only solution to the problem is to spray bullets, pray that you survive, and vacuum up your rewards before moving on to the next potential performance hit.

Complaints aside, Tower of Guns delivers an engaging experience that is well suited to short bursts of play in its standard form or long marathons in its ranked endless mode. The game offers no shortage of fun. So grab your gun--it's time to go to bullet hell.

View Comments (70)
Back To Top
8
Great
About GameSpot Reviews 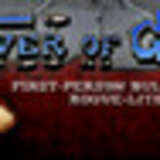 Tyler Hicks has played console shooters since the days of Goldeneye. At one point, he was number one on the Tower of Guns leaderboard, and currently sits at number six, with several multiple-hour dives into the game. 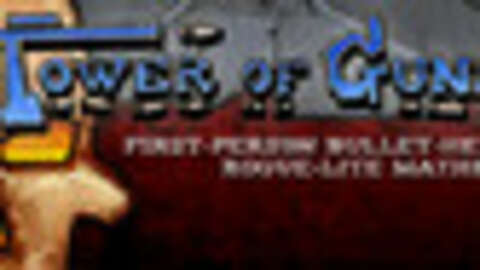