You were a bandit queen, young and sweet, only eighteen.

You're facing down the scattered remnants of the last, great Han warlords, and your entire adult life so far has been building to this moment. Ever since you first took up arms at the age of eighteen against the corruption bleeding China dry, vengeance has been the one thing driving you forward. People call you the Bandit Queen, spitting the title at your feet in battle before your twin axes cleave their heads from their shoulders. As your forces pursue routed, scarlet-clad warriors, you feel the gaze of one of your lieutenants upon you, pivoting almost too late to meet their steel with your own. However, you're resigned to this by now, and he meets a gurgling end like so many before him who disagreed with your methods. No general suffers any threats to their rule, even when the peasantry starts to mutter about you and the old tyrant, Dong Zhou, in the same breath. There are no saints in Total War: Three Kingdoms, just a castell of death and destruction with its apex pointed squarely at the throne.

The Romance of the Three Kingdoms is essentially the Chinese version of The Iliad in construction. Larger-than-life characters, an at-times heady mix of romance and intrigue, and a hell of a lot of fighting are what define it. However, it's almost entirely unique as a text because of the fact that it is widely treated as a reasonable record of the events of the turbulent period of 169 AD to 280 AD in Chinese history, despite embellishment. The Total War franchise is no stranger to adapting the militaristic trials and tribulations of our world's past, but Romance of the Three Kingdoms is a work that has at times straddled the dual worlds of academia and fantasy.

While the popular Dynasty Warriors games have very successfully depicted the fantasy, it's not been as easy to capture the intricate, personal stories of now-recognisable figures like Cao Cao, or to capture how they played into the wider scheme of the world as we know it. Total War: Three Kingdoms focuses keenly on those key figures and their motivations, using the literature's extensive canon as fodder for your own strategic in-game actions. Thrown into the thick of the battles and diplomacy of 190 AD, you'll need guts, gore, and perseverance to either unite China or to break the chains of oppression that hold its people fast, and Creative Assembly has succeeded in translating the themes from a decades-long, larger-than-life epic into a form that will appeal to both Total War enthusiasts and rookies alike.

For the uninitiated, Total War is a mix of turn-based strategy and real-time battles where you take full control of squadrons of warriors and watch them duke it out against your foes on a picturesque patch of blood-stained grass. When you're not exerting military might on everyone else, entries in the series have historically focused on strategy elements akin to those that you would see in traditional 4X games like Civilzation. You have to balance expanding cities with diplomacy, manage population growth and happiness, and also deal with the very real concerns of keeping enemies off your tail. You do this by managing a series of complex, interconnected systems that influence everything from your inner circle to what a certain township might have to trade in winter. Give a town a governor with a green thumb and see trade flourish, or marry off a dissenter to an enemy and see previous peace treaties wither. As with every strategy title, the consequences of your choices are far-reaching, and Total War is an exercise in choosing wisely.

The first thing that will stand out with Three Kingdoms is how it puts its best foot forward on its production values. Dynamic weather, lighting, and beautiful watercolour environments--ranging from mountains to besieged cottages--paint a striking backdrop for the conflict and bloodshed to follow. Your generals themselves remain rendered larger than life and in great detail, and their idle chatter (fully voiced in Chinese, if you so choose) lend them a lot of personality when you're taking your time deciding on your next move. The UI is also clean and well-designed; Three Kingdoms is a return to the usual gamut of interactive windows providing the minute details and statistics seen in older Total War titles, but information can be pinned and dismissed at will so you aren't fighting a battlefield of clutter.

Detailed mechanics from previous titles return, which means a lot of information for more recent Total War fans to contend with. This is particularly noticeable when wrangling your allies, which is now essentially a full-time job. Managing relationships within your own coterie is no longer as easy as paying them to look the other way, nor are the effects almost instantaneous. It's now a long game of min-maxing retinues, victories, ideal reforms, and placation. While you're picking a general, faction identities are not as set in stone in practice as they may have been in previous titles. Playstyles ranging from expansionist and war-mongering to diplomatic can all be found in the same faction, and this translates nicely to create a dynamic inner circle.

Some of the streamlining done in recent Total War titles has been walked back, potentially to emphasize Three Kingdom's focus on cults of personality in adherence with the source material for the game; your advisors and family members are all fully-fledged characters of their own with personality traits that will conflict, sometimes fatally, with your ethos. Making concerted decisions over a long period of time that are in line with your vassals' beliefs are necessary to keep them keen, lest you cop a challenge and a sword in the back when you least expect it. The threat of defection from your wider allies is always on the horizon too; the factions fighting over China are as fractured as the land itself. Where Total War Saga: Thrones of Britannia invited you to ruminate upon keeping your faction cohesive so as to ensure that your reformations would live on, diplomacy and faction politics in Three Kingdoms feel much more like putting pressure on a bleeding wound. Everyone starts at each other's throats, with the major balance of power being in favour of the Han Empire.

Whether you were part of the Yellow Turban rebellion, an independent warlord, or a former seneschal of the Empire, everyone at the time was clamoring for a piece of the pie, and having that reflected in Three Kingdom's mechanics is a nice touch. But you can sometimes feel pigeon-holed into conflict in a way that restricts your agency as a player. War declarations come hard and fast, with AIs as mercurial at decision-making as their portrayals in the source material. Sure, you can suggest marriage or pay a tithe, but taking the peaceful road often shakes out to be incredibly costly in negotiations. By the time you're staring down a line of cavalry encroaching on your territory, you can often feel like you only have one real option: to fight to the death.

Combat in Three Kingdoms' main campaign has two distinct strains depending on which mode you're playing in: Romance, or the more traditional Historical option, which is more reminiscent of how Total War usually operates. While you can delegate combat to a dice roll of AI-generated auto-battling odds, getting bogged down in the minutiae of the battlefield is incredibly thrilling. You'll marshal your forces and pit them against those of your foes' in the pseudo weapons triangle of cavalry, infantry, and assorted others, all in real time. Whether it be a relentless siege against a settlement, meeting the Han empire in open combat, or simply trying to hold it together as someone else knocks on your gates with axe-wielding bandits, Total War's depiction of battlefield conflict is where it has always excelled, and Three Kingdoms is no different.

However, the distinctive, much-trumpeted difference between Three Kingdoms and previous titles is the aforementioned Romance mode. This is where the fantastical merges with the historical in a way that offers you a new way to dominate opponents on the battlefield. In this mode, your generals stand head and shoulders above the rest, capable of single-handedly taking out entire squadrons on their own even as they yell out orders to the men rallying around them. In Romance mode, the strength of said generals grows in epic scale and scope over time, much in line with the fantastical deeds they perform in the source material. Generals also have the option to engage in duels with each other, which provides a spectacular, clash of the titans-style combative satisfaction. Three Kingdoms also lets you take these types of confrontations one step further in the new Battle mode, which lets you reenact famous skirmishes from Chinese history as these storied generals. It's both nicely educational and a refreshing change of pace.

The game's tutorial is decent at helping you parse the essential mechanics from the math soup, but it feels like a large expository information dump as Three Kingdoms attempts to get you up to speed on both the world's ingrained politics and what to do with all these damn menus and buttons. You're given a crash course in everything from how to wage war to how to manage the people under your rule within the first 20 turns, which is mechanically almost a lifetime in-game, but not very long at all for someone who isn't familiar with Total War or the Three Kingdoms story to get properly acclimatised. But to its credit, Three Kingdoms does provide plenty of helpful supplementary material and difficulty adjustments to help rookies learn what they need to know to succeed, given enough time--from instructional videos to the pace in which the game unravels its conflicts on Easy difficulty, as well as the ability to streamline processes like waging war and building prosperous townships (the latter mostly through a one-size fits all approach to reformation). With enough patience, it's easy to be infected with Total War once you finally get your mouth around that first, overly-large bite.

Three Kingdoms feels like a breath of fresh air. By harkening back to the intricacies of older titles and builds on some of the foundations laid by Thrones of Britannia, it offers a distinctly contemporary and thorough experience. This is the most ambitious that Total War has ever been, from the variety of different ways that you can enjoy the game to the sheer scope of the stories that they've weaved around each unique character's playable experience. Three Kingdoms feels like the rightful evolution of the series, pulling from its roots in historical military tactics to come up with an engrossing modern strategy game that is always a delight, even in its less well-oiled moments. 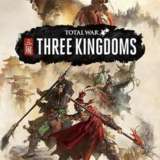 Ginny Woo has commanded vikings, vampires, and Parthians across many a battlefield. Now, shes’s laid waste to the Han Empire across 50 hours of Romance of the Three Kingdoms’ Campaign and Battle modes. Code was provided by the publisher.