When you're reflecting on a recently completed game, hating it is just as helpful a feeling as loving it. Whether your opinions are glowing or scathing, strong feelings in either direction mean that you'll have plenty to share with others when the topic comes up. It's the middling game--inoffensive but unremarkable--that really haunts you. I don't feel any regret about the time I expended playing Toren, but that's the problem. I don't really feel much about that time at all.

In Toren, you direct a small girl known as Moonchild to the top of a crumbling tower. Like the tower of Babel, it was built by people seeking great power who were punished severely for their hubris. Mankind's last hope is a girl trapped inside the tower, doomed to die and be reborn endlessly until she can scale it and slay the dragon that shares her prison. It's a web of myth and mysticism where each individual thread is vaguely familiar but has been woven into something distinct and original.

Moonchild starts as a toddler stumbling around the overgrown lower level, but the endearingly uncoordinated flopping of her limbs gives way to composure and poise the farther she progresses up the tower. The enchanted sword that takes all her strength to first lift is soon wielded with ease. Aspects of Moonchild's maturation are handled very well, including her evolving design, with one notable exception. In her awkward preteen stage, her childhood dress tears into a convenient deep V-neckline with straps slipping away from her shoulders and three large round gaps in the cloth exposing the majority of her back. This is not what happens when someone outgrows a piece of clothing, and considering that the player saw this same character toddling around in baby bloomers about thirty minutes prior, this phase of her costume evolution comes off as somewhat creepy.

The actual act of climbing the tower involves solving relatively simple environmental puzzles, fending off assorted enemies, and exploring optional dream sequences where Moonchild's mentor explains her situation and some broader philosophical musings about the nature of mankind. This is where the your experience can be seriously derailed; if you skip these optional (and easily missed) sequences, it becomes quite hard to follow the plot. You'll never want for those lofty chin-stroking tidbits, though, even though they're some of the least interesting things the game has to say.

Storytelling gripes aside, the hands-on feel of playing isn't great either. The best illustration of this comes in the form of the shapes that Moonchild must fill with sand during her dreams. Each dream has at least one of these to complete, and to do so, you hold down the interact button and direct her around the shape's outline. The game very weakly snaps her to the path, but it's incredibly easy to stray. It's even easier if you disregard the warnings and elect to play with a mouse and keyboard instead. (Don't do this. Seriously.) These sand tracings are the most annoying part of the game; even when you perform well (controller and all), it looks like Moonchild has spread the sacred sand with as much care as a toddler spilling cereal all over the kitchen floor.

I wish my problems with Toren ended there, but I can't leave out the times that I somehow managed to wedge Moonchild in places where the camera steadfastly refused to follow, the times when she simply slipped through the floor geometry and fell into oblivion, the times when Moonchild's arms froze in place while her legs continued to animate normally, the times that her sword hit foes with so little effect that I kept attacking, not realizing that they were already dead, the times that I took a jump too early but the game graciously floated me over to the destination platform as though I'd triggered some sort of moon gravity mode, the time that I fought the dragon, fudged the timing, and darted back to regroup before it could perform its “you're too slow” instant kill... only for the game to snap Moonchild back into its talons anyway.

And yet Toren is not without its charms. In spite of some conspicuously low-quality models, it's a delightful thing to look at: its colors are vivid, its world is small but detailed, and it doesn't shy away from dramatic use of its camera and lighting effects. A couple of the dream sequences elicited quiet gasps as I proceeded through them, and even the credits (which feature painted illustrations unfurled to a vocal version of the game's beautiful theme) are worth watching.

For all the problems, it's easy to recognize the flashes of something special in Toren. It's a loaf of homemade bread, proofed and kneaded, laid in a pan, and sprinkled tenderly with rosemary but unfortunately pulled from the oven a few minutes before it could pass the toothpick test. However complex the recipe, Toren just feels undercooked. 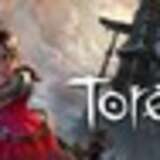 Janine Hawkins played through Toren twice and still doesn't feel strongly about it. She has one single achievement left to complete, but that's not enough incentive to go back for thirds. 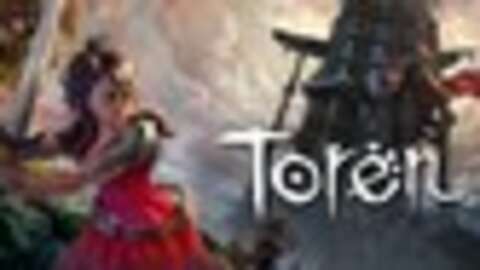