Top Spin 3 is a great tennis game, offering a deep challenge for diehard fans and one of the closest experiences to playing a grand slam.

Top Spin has always been one of the more realistic tennis games on the market, and Pam Development has worked hard to keep up that tradition with Top Spin 3. While the game's challenging style may alienate casual players, it will keep dedicated ones occupied beyond this season and for a long time to come.

Despite being initially unforgiving, the controls feel responsive and straight-forward once you've got the hang of them. Face buttons perform flat, top spin, slice, and lob/drop shots, the triggers perform risky or power shots, and the shoulder buttons help you dash to the baseline or net. However, the timing of button presses has been substantially altered, and failing to release the button on time will result in a missed shot. Depending on your position to the ball, you might unleash a weak shot, a wild swing that misses the ball altogether, or an overpowered attempt that sends the ball beyond the baseline. The AI players rarely make clumsy shots either, forcing you to refine your technique--particularly when it comes to volleying--before mastering the game.

There are plenty of game modes, from the usual exhibition, career, tournament, and tutorial options, to online and offline multiplayer. If you're new to the Top Spin series, it's highly advisable to head to the school before taking to the courts, as the AI will punish novices even on medium difficulty settings. Doing so will give you a headstart on hitting those aces and returning every shot that comes your way. The game eschews traditional in-game meters and gauges, and instead requires you to use intuition, reflexes, and good, old-fashioned timing to nail your shots. The only onscreen displays are the score and a heart rate monitor, which gives you an idea of how your stamina is holding up. The higher your heart rate, the tougher it is to hit those hard-to-reach shots between the lines.

The career mode takes you through five stages: amateur, challenger, junior, pro, and legend. Throughout your career, winning matches will earn you experience points and unlock other points which you can use to increase your skills and buy new merchandise such as outfits, shoes, accessories and racquets. They're a nice addition to have, but will have no bearing on your performance. New skills include forehand, backhand, service, return, volley, power, speed, and stamina, and you can purchase dozens of different outfits, racquets, and accessories. The career mode matches Top Spin's serious approach to tennis, but it does mean the game lacks the variety and mini-games of other tennis games.

Beating three opponents in the game's career mode will advance you from amateur to challenger rank. Winning a tournament in this mode will then propel you to the lofty rank of junior. Junior--and the subsequent pro rank--lets you play through a regular season, choosing tournaments as you see fit with the aim of finishing the season with the highest rank. Do all that and you'll get a crack at the grand slams, and eternal tennis glory in the legend rank. Needless to say the competitors get harder as you progress, but as long as you keep earning experience points and using them to increase your skills you should have a fighting chance of making it at the highest level.

The roster of licensed players in Top Spin 3 is sizable with 40-odd players available, including Roger Federer, Maria Sharapova, Justine Henin, Andy Roddick, Amelie Mauresmo, James Blake, Andy Murray, and Gael Monfils. There's also a roster of classic players for good measure, including Boris Becker, Bjorn Borg, and Monica Seles, as well as a number of ficticious players. It's pretty cool to be able to face off current champions against those of yesteryear in a "what if" scenario. Recent French Open winner Rafael Nadal appears exclusively in the PlayStation 3 version (the only major difference between the two versions), so if you want a player even vaguely resembling him on the Xbox 360 you'll have to master the comprehensive create-a-player feature. This will no doubt come as a big disappointment for Xbox 360 tennis fans who can't play as the current world number two simply due to contractual obligations.

Top Spin 3's solid player-creation tool lets you make your mark on the tennis world without relying on licensed players. You can tweak dozens of settings for your chosen model including a range of settings for your face, body, outfit, and more, including tattoos, headwear, and even a desired grunt style and frequency. Some of the settings are a bit arcane, however, with eye colour being set via a numerical range rather than being labelled as something that actually makes sense--like, say, the actual colour of the eyes.

Top Spin 3 includes a wide range of famous licensed tournaments, including the French Open, the US Open, and the Australian Open. Wimbledon is an unfortunate exception, but the game does present you with the chance to play in more exotic and far-flung locations such as Seoul, Casablanca, and Buenos Aires, with more than 40 in total on offer. It will take you a long time to get sick of the variety of courts on offer, which are all recreated in fine detail including crowds that almost look life-like--normally unheard of in sports games and something other developers should take note of.

The game's multiplayer mode allows singles and doubles matches between human and AI opponents both locally and online. You can play a quick match, or compete in the World Tour mode's ranked matches either in individual matches or nine different pre-selected tournaments. We found the overall online experience to be lag free and there weren't any problems finding players to face off against in individual matches, or tournaments, and was much the same as playing against a friend sitting next to you. Online leaderboards will help you track your skill against the rest of the world.

Top Spin 3 is a great-looking game, and is technically and artistically the best example of the genre. The re-creation of famous stadiums looks spot-on, even down to detailed crowd shots and authentic tournament advertising. On the technical side, we didn't experience any issues with chuggy framerates except for when the camera was introducing us to venues while loading--for some reason every one suffered from this. Characters have realistic movements, their clothes move and sway as you'd expect, and their faces have detailed expressions and animations. Winning a grand slam feels that much better when your character looks and sounds like the real deal.

Top Spin 3 is a serious tennis game for serious tennis fans, and it's incredibly true to the series' simulation roots. If you're looking for a deep, challenging experience, this should keep you busy for some time to come; but if you prefer the occasional arcade match, or like the variety of minigames that some of Top Spin's competitors offer, you'll want to look elsewhere. Despite a few minor complaints the game looks and sounds great, and it feels almost as authentic as having front-row seats to a real-life grand slam. 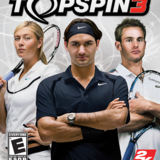 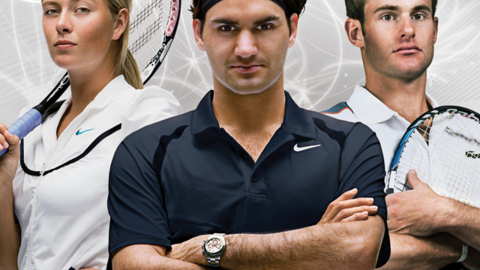