Top Gear Rally is a title of some inarguable merit.

While realistic driving games might just bring to mind the image of grown men buying blow-up dolls, Boss Game Studios' first entry for the Nintendo 64, Top Gear Rally, is a title of some inarguable merit.

TGR comprises four different racing modes: time attack, practice, arcade, and championship. In time attack, you go up against a ghost car that represents your best time (much like in Super Mario Kart). In practice and arcade modes, one or two players race in a variety of weather conditions on any track and in any car opened up in championship mode - the former with unlimited time while the latter requires drivers to reach checkpoints.

The main starring attraction of the game is the championship mode, in which you, a lone driver, take on six seasons of two to four races each from your choice of three camera angles (first person, first person with rearview mirror, and third person). The courses include jungle, desert, mountain, and coastline environments, mirrored or standard directions within sunny, foggy, rainy, and snowy conditions. You begin in 20th place with only one other car in sight and must spend much of the entire three-round race playing catch-up. That's not a particularly easy thing to do initially because the game has a steep learning curve.

The physics engine of Top Gear Rally is often painfully realistic, making cars that have spun around spend an agonizingly long time turning face forward. And while the courses thankfully have varied terrain (does anyone really like flat ovular racetracks?), outcroppings, inclines, and dips will often send vehicles careening out of control if drivers don't navigate just right. True, the N64 controller allows for excellent precision, but conversely, it introduces a wider berth for screwups. Everything gets easier later on, once you have familiarized yourself with the courses, have found the best handling configuration (several settings of suspension, tire, and transmission), and faster cars with different engine placements (back, mid, and front) become available.

On the positive side, the graphics in Top Gear Rally are flirting with incredible, as the backgrounds and foregrounds seamlessly blend in an effect that's nearly photorealistic. Unobtrusive objects such as planes, hawks, and balloons can occasionally be seen moving into the frame; the rain and snow effects are spectacular; and the high frame rate experienced while driving the game's faster cars creates an impressive illusion of speed. Other features such as the paint shop mode (in which you can custom-design the colors and decals for your vehicles), shortcuts (yes, it's a realistic racer where you can cheat to win), hidden cars (a milk truck, beach ball, and helmet car to name a few), and bonus track (a strip mine) are also quite good.

But on the negative side, the learning curve is perhaps a little too steep, and the physics model a tad too realistic. Those who rent TGR as well as less-stubborn players will likely give up several hours before the game ceases to be frustrating and starts being truly fun. Unfortunately, by that point, they're also likely to become tired of the game's four basic tracks and even the bonus course will do little to assuage. Overall, probably the most disappointing feature is the two-player arcade mode, which leaves too small a window to adequately see the surroundings, and since all computer-controlled cars are missing, it's fairly dull.

In the final analysis, Top Gear Rally ends up being a game that demands respect for its graphics, physics, and track design, although it receives it grudgingly through tightly clenched teeth. Let's hope that Boss Game Studios' next title, Twisted Edge Snowboarding, focuses more on fun than reality. 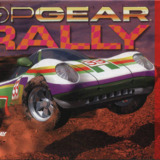 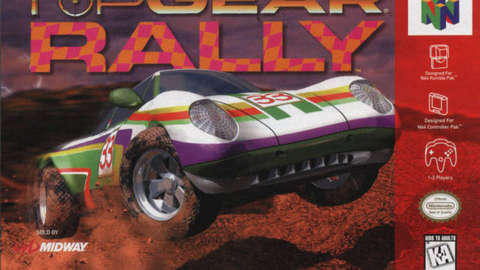 Top Gear Rally is a title of some inarguable merit.