Tomb Raider is an exhilarating action adventure that serves as a terrific origin story for the iconic Lara Croft.

When adventurer extraordinaire Lara Croft raided her first tomb back in 1996, she brought with her an exhilarating feeling of isolation and discovery. Over the years, Lara has continued to venture into parts unknown, taking dark turns and frequently tangling with the supernatural as the series evolved alongside the burgeoning third-person action adventure genre. The gameplay of this series reboot takes a few cues from a current titan of the genre--Nathan Drake and the Uncharted series--but don't let that familiarity put you off. This origin story is a terrific adventure that balances moments of quiet exploration with plenty of rip-roaring action to keep you enthralled from start to finish.

As Tomb Raider begins, Lara is more an academic than an adventurer. But when she's shipwrecked on an island full of ancient secrets and deadly cultists, she has little choice but to learn how to survive. Lara endures a great deal of punishment early in the game, and though no small amount of that anguish is physical, it's an unpleasant moment in which a man tries to force himself on her that's most harrowing. But as unpleasant as it is, it marks an important turning point in Lara's understanding of just how hard she has to fight to survive. Rather than crumbling under the weight of her physical and emotional struggles, she emerges from them a stronger person.

It's empowering to witness Lara's journey from the understandably fearful individual she is when she first arrives on the island to the justifiably confident survivor she becomes. Later in the game, when she has proven to the resident cultists that she's not the easily cowed person they mistook her for, she turns the psychological tables on them, letting loose battle cries to strike fear into their hearts. Aspects of the story that fall outside of Lara's character arc aren't as strong; there's a twist of sorts that occurs late in the game that you see coming hours ahead of time, for instance, and the central villain offers little in the way of nuance. But as an introduction to the legendary Lara Croft, Tomb Raider's tale is a success; she emerges as a strong, charismatic and human figure, and you're left eager to see what the future holds for her.

Lara's origin story deserves an extraordinary setting, and the island where Tomb Raider takes place does not disappoint. Centuries ago, it was home to a kingdom called Yamatai. Many shrines, temples, statues and other remnants of that history remain, and often, you just want to take in these places, slowly advancing through the darkness, eager to discover what's just outside the light of your torch. The island is a beautiful place, but not every discovery is a pleasant one; Yamatai's dark history is vividly communicated in piles of bones and far more grisly things.

The ancient structures of Yamatai now coexist alongside bunkers built during World War II, the wreckage of planes brought down by the storms that surround the island, and the shantytowns and makeshift machinery of the island's current inhabitants. It's a fascinating hodgepodge of the beautiful and the utilitarian; the buildings are believably nestled in their rough natural surroundings, and appear appropriately weathered, damaged, and rusty. The island really feels like a place where people have lived and where great and terrible things have happened. It's a place with many facets; it has claustrophobic caverns and breathtaking vistas, and phenomena like gentle snowfalls, torrential downpours, and fierce, howling winds make it alternately seem like a tranquil place, and a brutal one.

It's immediately clear that one thing the island is not is safe, so it's a good thing that Lara soon gets her hands on a bow. You acquaint yourself with using it by hunting animals; Lara doesn't have hunger levels you need to manage or any such thing, but the deer, rabbits, crabs and other creatures that call the island home make it feel much more alive. For reasons of their own, the cult that currently occupies the island doesn't exactly welcome you with open arms, so it's not long before you need to turn that bow (and, soon, a pistol, rifle, and shotgun) on humans. Combat is varied and suspenseful; some situations give you the opportunity to take a stealthy approach, sneaking up behind enemies to perform silent kills, or firing arrows into walls to distract them and picking them off from a distance with well-aimed arrows while their comrades aren't looking. During one particularly tense battle in a fog-shrouded forest, patrolling foes hunt you with flashlights; if you can manage to stay unseen, you can shift from prey to predator, using their cones of light to pinpoint their positions and eliminating them one by one.

Then, there are the all-out firefights. When your presence is known, enemies are smart and aggressive about flushing you out from cover with grenades and Molotovs, which forces you to keep moving and act boldly. Many enemies attack from a distance while others get in close, so you need to be constantly on your toes, switching between your weapons on the fly and evading foes who attack with melee weapons. Dodging and countering melee attacks is easy, but the savage animations of Lara's counters make eliminating those foes who make the mistake of getting too close to you consistently satisfying.

Lara eventually finds powerful new tools like a grenade launcher and fire arrows, and uses the salvage she constantly collects to improve her weapons, so combat offers more flexibility and becomes more intense as you progress through the game. Throughout it all, great sound design drives home the impact of your actions; delivering a shotgun blast into the face of a nearby enemy is made all the more powerful by the resounding report the gun lets loose, and the conversations you overhear between cultists create a feeling that they're not just enemies who spawn into the environment to hinder you, but are people with histories on the island and tasks to accomplish.

As great as the combat is, it's the quieter moments in Tomb Raider that are most affecting. The simple act of moving, of shimmying along ridges and climbing up craggy rock walls, is a pleasure, thanks to the excellent controls and the fantastic environments. Once in a while, Lara appears to get a bit of divine assistance and float through the air to successfully land a jump you botched the timing on, but with these rare exceptions aside, the controls let you experience a wonderfully physical and agile relationship with your surroundings.

Lara's been making desperate leaps and grabbing on to faraway ledges since her earliest game, but it's never felt quite as good as it does here. And just as Lara acquires new weapons over the course of the game, she also gets her hands on gear that makes her more a more versatile adventurer. Particularly nifty are the rope arrows and rope ascender, the former of which enables you to create rope bridges to certain areas (among other things), and the latter of which lets you rapidly zip up ropes from a lower position. This gear gives you more freedom, and makes Lara seem like a progressively more capable and confident explorer.

The game is at its best when you're fully in control, when you feel directly connected to Lara as she runs and leaps and clambers. But when the game does take some of that control away from you, it usually does so with skill and assurance. A number of semi-interactive scripted moments require less from you as a player, moments when the building Lara is standing on starts to crumble in spectacular fashion, or when she's being swept down a perilous river. What these sequences lack in interactivity, they make up for in spectacle. There are a few missteps; the quick-time-event-focused final confrontation ends the game on a slightly underwhelming note, for instance. But for the most part, these moments bring Tomb Raider a lot of cinematic thrills. When it comes to jaw-dropping setpieces, Lara's adventure rivals those of Indiana Jones and Nathan Drake.

Lara is still an explorer at heart, and although there aren't vast open spaces to frolic in on the island, there are plenty of reasons to look around and venture off the beaten path. There are relics to find that offer clues to the island's history and journals that lend some insight into the experiences of the island's residents, past and present. Best of all are the numerous optional tombs you might happen upon during your journey. These chambers always consist of an environmental puzzle that you must solve, and these are generally just challenging enough to make you stop and think for a moment, but never drag down the pace of your adventure. Completing tombs earns you experience and sometimes parts you can use to improve your weapons, as well as maps that reveal the locations of the collectibles scattered around that part of the island. These tombs also function as character building through gameplay; as you guide Lara through these challenges to the rewards that await, it's easy to understand how she develops a taste for the tomb raiding and treasure hunting that will shape her future.

In addition to the excellent campaign, there's an enjoyable but unremarkable competitive multiplayer component. There are four modes, all of which are pretty typical: a team deathmatch and a free for all, as well as two modes in which teams score points by completing basic objectives. It feels great to land a headshot on another player with a bow from across a map, or to activate a snare trap and then see another player heedlessly walk into it. But for the most part, it's standard fare, with the sorts of unlockable weapon upgrades and perks that are now par for the course.

But no matter; the single-player campaign here is the main attraction, and it is excellent. It doesn't try to rewrite the book on third-person action adventure games. But with its excellent controls, engaging heroine, thrilling combat, and fascinating setting, it doesn't need to. Lara may be covering some previously charted territory here, but Tomb Raider is so well-crafted, you won't mind at all.

View Comments (2189)
Back To Top
8.5
Great
About GameSpot Reviews 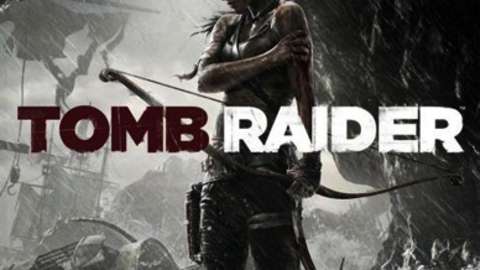 Tomb Raider lets players experience an intense and gritty story of the origins of Lara Croft and her ascent from frightened young woman to hardened survivor.