As a total package, Tomb Raider for Game Boy Color delivers a degree of immersion not realized since Tomb Raider 2.

In a side-scrolling quest befitting a female Indiana Jones, Tomb Raider GBC contains 14 lengthy levels spread across five distinct areas. It seems treasure hunters are after the Nightmare Stone, the key to releasing the evil god Quaxet, and it's Lara's job to stop them. Along the way, you'll encounter fallen comrades, greedy treasure hunters, and a plethora of ghastly foes. Rest assured, this is only a brief simplification of what turns out to be an ongoing and immersive plot. Should you happen upon a save crystal, a single save slot is present to record your progress.

Despite the attention focused on Lara's (ahem) ample assets, it's Tomb Raider's innovative control that captures people's attention. Using a plethora of buttons, you can make the PC and console Lara run, jump, swim, climb, and perform a variety of actions. Understandably, there is some concern as to how this control system can be executed with the Game Boy's four buttons. Thankfully, except for the lack of Z-axis jumping, the GBC Lara can do everything her PC and console counterparts are capable of doing. Hold up to jump, push forward to walk, and press down to pick up items. Is an enemy in your way? Hit "select" to draw your pistols. Need to run? Hold B to dash. One could go on forever describing the GBC Tomb Raider's control, but the important factor is this: The control is just as deep as in the PC version.

Many Game Boy owners cringe when a control scheme is described as deep or complex, fearing that play mechanics won't mesh with level design. Such is not the case with Tomb Raider, as each of the game's levels is a platter from which gameplay is served piping hot. Is a ledge too high? Jump straight up and grab it. Do you need to get past a low opening? Roll through it. Maybe you need to make a running leap toward a ledge, rope climb across the roof of a temple, and then slide down a sheer hillside with guns blazing. You can do that too. The real learning curve lies in the game's run mechanics, in that Lara won't stop running until you release the B button. Because of this, some mishaps are bound to occur and may aggravate less patient gamers. To counter this, the programmers have placed many save crystals throughout the game, usually near hazardous dangers. If you see one, it's a good idea to use it.

When it comes to level design, each of Tomb Raider's five areas is nothing short of fuel-injected bliss. Whether it's rope climbing in the temple, swimming in the caverns, or dash-jumping over volcanic lava flows, Tomb Raider's levels are top-notch. Each has its own gameplay theme as well. In Royal Tombs A, for example, the theme is switches and trapdoors, while Caverns A involves swimming and progressing through areas of discolored rock. Admittedly, some levels require more than their fair share of wandering, so the game may be difficult for those who have trouble memorizing geographical landmarks.

Visually speaking, Tomb Raider is impressive. Lara's large character size and ample animation deliver a new definition of fluidity. For every action that Lara performs, be it running, swimming, climbing, or falling, there are at least ten frames of animation. The graphics wizards at Core even snuck in Lara's trademark "jiggle." Though each level isn't exactly packed with enemies, there are a few living dangers to keep an eye out for. Scorpions will sting you, snakes will bite you, treasure seekers will shoot at you, and protective guardians will do their best to tear the very flesh from your bones.

Though the prerelease hype focused mainly on Lara's 48-pixel character size, where the game truly excels is with respect to background visuals. As the game progresses, you'll observe five distinct types of architecture - and unlike many handheld releases, Tomb Raider does so without gratuitous tile repetition. The initial Temple level contains mostly vegetation and snakes, while the Treasure Chamber is stacked to the gills with gold and artifacts. As you progress, you'll see leaves fall from the ceiling, observe piles of gold glisten under torchlight, and watch lava flows splatter forth with fiery liquidity. Most impressive of all, underwater segments contain such a deep level of hue and detail that childlike glee is difficult to suppress. Rounding out the game's graphical punch, more than 50 colorful cutscenes and plot snippets help bring across the game's rich story.

Although Tomb Raider's gameplay and visuals are exceptional, the game's audio is inconsistent. While each level is preceded by a short, ten-second musical cue, there's no background music to speak of. Indeed, a plethora of digitized sound effects compose the brunt of the game's ear candy. Lara lands on the ground with a resounding "thud," there's a different effect for each of her three bullet types, and splashing into the water is thirst inducing. Unlike the game's visuals though, sound effects are reused frequently, so there is some level of auditory fatigue.

As a total package, Tomb Raider for Game Boy Color delivers a degree of immersion not realized since Tomb Raider 2. Exploration is fun, swimming isn't aggravating, and there are no triple diagonal jumps or vehicles to worry about. If that weren't enough, the plot is both intelligent and uncontrived, providing ample incentive to tackle the entire 20-hour quest. Tomb Raider fans will love this game, while non-fans might find the game's simplified control mechanics more inviting than in prior releases. 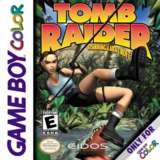 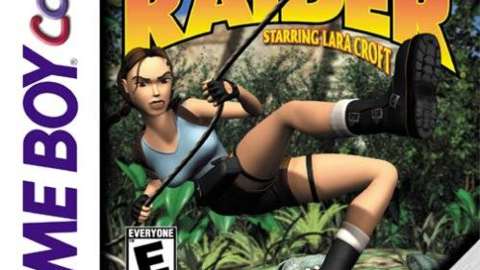 As a total package, Tomb Raider for Game Boy Color delivers a degree of immersion not realized since Tomb Raider 2.