Splinter Cell for DS sounds like it's got everything you'd want out of a portable stealth game, but it lacks the fundamentals necessary to make for an entertaining experience.

Stealth action hits the Nintendo DS for the first time in Tom Clancy's Splinter Cell Chaos Theory, an ambitious but seriously flawed attempt at completely re-creating the dramatic experience the series is known for in a portable format. Like its console and PC counterpart, Chaos Theory for the DS is a fully featured game, offering up a good-sized single-player campaign, as well as some two-player cooperative missions and a four-player team-based versus mode. Unfortunately, all of these are dragged down by a poor frame rate and cumbersome controls. The scope of this game is certainly impressive. It's just not much fun to play.

Chaos Theory for the DS looks like a watered-down version of the console game, and it follows the same storyline despite some noticeable differences throughout the missions. It's a fully 3D third-person-perspective game in which you primarily need to sneak your way through heavily guarded, booby-trapped levels on various top secret assignments. The top screen is where most of the action takes place, while the bottom screen functions as a radar that shows the locations of nearby enemies and security cameras. It also lists various options, lets you switch weapons and vision modes, and performs a few other types of activities, such as picking locks.

Even before you begin play, you'll notice the substandard frame rate. Even the main menu screens chug along unresponsively, creating a poor first impression, which doesn't go away when you actually begin playing. Though the DS can't be expected to compete with an Xbox or a GameCube in terms of its ability to render good-looking 3D characters and environments, you'll probably agree that it ought to be able to do much better than this. Chaos Theory for DS looks like an old PlayStation game from seven or eight years ago. Blurry, drab textures and crude-looking environments abound, and despite nice-looking animations held over from the console versions, the characters don't look much better. But it's the sluggish frame rate that fluctuates between 10 to 15 frames per second or so that's the real culprit, causing Chaos Theory for DS to feel like it all takes place underwater. You could eventually get used to the unpleasantly slow and unresponsive look and feel of this game, but even then, the frame rate continues to be a major impediment.

On consoles, controlling Third Echelon operative Sam Fisher requires every single function on the game pad. On the DS, the developers at GameLoft (who evidently based this version of Chaos Theory off of its N-Gage version) figured out ways to allow you to map all those different commands between the DS's directional pad, buttons, and touch screen. The results take a while to get used to, and may well leave you feeling cold. The D pad makes Fisher run in any direction, but camera controls are mapped to the touch screen. The camera moves a little on its own as you run around, but you'll often be forced to fidget with it often, especially in cases where you need to turn around and go the other way. You can sort of use your thumbs to rotate the camera, but in the end, you'll be forced to play using both the D pad and the buttons, as well as the stylus on the touch screen, and you'll switch between the two sets of controls as necessary. When aiming with your weapons, the touch screen is really the only way to go, since it's the sort of smooth analog movement you get using your computer's mouse.

Fans of previous versions of Chaos Theory will notice some other key differences in this case. The levels are laid out differently than what you may have seen before, so at least you'll be kept guessing. It's easy to become disoriented in them, so it's frustrating that your radar display doesn't at least have some kind of compass pointer on it to help you get your bearings. And for some reason, when playing the cooperative missions, you can't see your ally on your radar screen, either. On the plus side, previous versions of Chaos Theory let Sam Fisher take foes hostage at knifepoint, but he couldn't actually stab them once he'd put them in a vice grip. Here, though, you can go right ahead and slit someone's throat if you like. It's a bloodless kill, though it's replete with a squishy sound effect that's one of the highlights of the game's otherwise rather unimpressive audio. There's very little speech in the game--story-based cutscenes are all spelled out using long-winded, slow text sequences. Music includes samples from Amon Tobin's excellent soundtrack, but these tend to loop way too often (especially in the multiplayer modes), so they can get really annoying. The music also awkwardly cuts out when you switch vision modes or get into a firefight.

Chaos Theory for DS can be a frustrating experience for a variety of reasons, not just those stemming from its technical performance or its difficult controls. Unlike previous versions of the game, which were fairly forgiving, Chaos Theory for DS is loaded with situations that can cause you to instantly fail a mission, such as by getting picked up on one too many security cameras. Enemies are also difficult to deal with if alerted. Since Sam can't fight hand to hand here, it makes that knife pretty much useless unless you sneak up on someone first. So, in short, you'll have to retry mission sequences over and over until you get them right. Each time you fail, the continue menu irritatingly defaults to the option to restart the mission from scratch rather than to restore you from your last save point.

It's commendable that Chaos Theory for DS packs in both the competitive and cooperative multiplayer modes of previous versions of the game, but these are both undermined on account of many of the reasons already mentioned. For another thing, you need multiple game cartridges for the multiplayer, making the four-player versus mode especially unlikely. With just two players, versus mode is a fairly pointless cat-and-mouse game as one sluggish mercenary tries to gun down an infiltrator. With more players, it's still not much fun, since the levels feel cramped and confusing. The highlight is when a spy actually manages to sneak up on a mercenary from behind. The mercenary, who views the action from a first-person perspective, can see his foe's knife come right up and drag across the screen. As for the co-op missions, they split players' abilities between an assault-oriented character and a hacker character, so one guy's the muscle and the other is the brains. There's not much difference between the two characters, but you won't be able to proceed without both of them. At any rate, the multiplayer modes in Chaos Theory for DS are functional, but like the single-player game, they feel sluggish and aren't particularly entertaining.

Splinter Cell for DS sounds like it's got everything you'd want out of a portable stealth game, but it lacks the fundamentals necessary to make for an entertaining experience. Considering that the quality of the series' presentation is arguably what it is best known for, it's surprising and disappointing that Splinter Cell on the DS doesn't come across better. Nevertheless, forgiving fans of Sam Fisher might enjoy some aspects of having the Third Echelon agent in their pocket, though they should proceed with caution.

View Comments (1)
Back To Top
5.6
Mediocre
About GameSpot Reviews 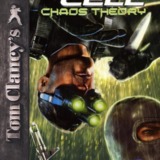