Although Tokyo Xtreme Racer: Zero is flawed visually, the gameplay system is both unique and entertaining.

The underworld subculture of illegal street racing is generally ignored by the masses, but to those involved it is an entertaining and intense pastime. Particularly in Japan, the pursuit to become the fastest driver on the highways has attracted a dedicated group of hard-core enthusiasts. Previous games in the Tokyo Xtreme Racer series have attempted to capture the experience of racing illegally on Tokyo's highways. The latest game in the series, Tokyo Xtreme Racer: Zero, improves on that formula with more cars, more rival racers, and a larger street course that replicates 100 miles of actual highways in Tokyo. The game doesn't have any licensed vehicles, but Genki has created realistic replicas of models from manufacturers such as Nissan, Mitsubishi, Acura, and Lexus with fictional names like Type-XR8 and Type-Z. Tokyo Xtreme Racer: Zero is not without its flaws, but the game's unique battle system and realistic sense of speed make it one of the most entertaining racing games on the PlayStation 2.

At times it seems as if TXR: Zero attempts to combine the gameplay characteristics of both simulation and arcade racers, but in general the game has a distinct arcade feel. For the most part, the optimal strategy is to take a wide line into sharp turns, slam on the brakes, steer into the resulting skid, powerslide through the turn, and punch the throttle into the straightaway. It is generally easy to get just about any car model perpendicular to the inside wall on a turn and powerslide through--regardless of specific handling characteristics. Simulation driving physics such as lateral force and over- and understeer hardly come into play. Fans of more arcade-oriented driving games such as Namco's Ridge Racer series should find a similar gameplay experience in Tokyo Xtreme Racer: Zero.

Where TXR: Zero differentiates itself from the cluttered masses of the arcade racing genre is with the battle system. As in the previous TXR games, the game is about one-on-one racing through the traffic-filled highways of Tokyo. You and your rival each have a meter that gradually dwindles when you're in second place. The closer the second-place driver is to the leader the more slowly his meter diminishes. The driver whose meter expires first loses. The object of the game is to stay ahead of your rival at all costs, until his meter expires completely. In the process, there are generally plenty of lead changes and posturing as the two rivals race recklessly in and out of twists and around slow-moving trucks and passenger cars. Fortunately, the AI in TXR: Zero is highly advanced--some of the best we've encountered in the racing genre--and the computer-controlled racers exhibit extremely realistic racing tendencies. By your posturing and position alone the AI racers can make relatively intelligent guesses as to your driving characteristics in any given situation--some of the more advanced rivals are very intelligent. In a later level against one of the 13 devils--the game's rival bosses--the opposing driver consistently beat us to a specific spot on the track. For example, as we would begin to go left to pass our opponent he would instantly recognize the direction and speed up to cut us off. In this way, the battle-based gameplay system adds a welcome dimension to what is otherwise a typical arcade racer.

Visually, TXR: Zero has improved only marginally, when compared to the Dreamcast game on which it is based. The car models are fairly detailed, and it is easy to spot the driver and even portions of the instrument panel during replays. The environments aren't quite as robust graphically, and the lack of full-screen antialiasing and noninterlaced frames significantly drags down the game's visual quality. For example, outlines of objects in the distance frequently blur together, and on bridges the closely positioned tension cables overlap to create a tortuous visual mess. Adding to this, the fact that the races all take place at night doesn't help the game's visual cause. Although there are a smattering of ambient environmental objects, such as high-rises, tunnels, and assorted roadside signage, you spend most of the game staring into the blackness of night and at the peripheral traffic.

Having said that, it must be mentioned that Genki did a truly commendable job of re-creating the intricate web of highways in and around Tokyo. For players who are familiar with the area, driving through replicas of highways based on real-world locations such as Shinjuku, Ginza, and Kiba has a certain appeal. However, those unfamiliar with the area may not care much about the recognizable landmarks and miles of realistically re-created Tokyo highways, which may marginally lessen the game's appeal.

The game's soundtrack is composed of generally forgettable techno tracks. Although not perfect, the J-pop music featured in the first TXR game was easily more memorable and catchy than the bland drumbeats in this latest version of the series. The sound effects in TXR: Zero, however, are a bit more robust. There are several distinct engine sounds for each of the car classes in the game, and subtle nuances such as shifts in the engine revs and bumps in the road can be both heard and felt through the PlayStation 2 Dual Shock controller.

The PlayStation 2 version of Tokyo Xtreme Racer comes with a handful of extras. First, the menu interface has been completely overhauled. The sleek new look is both intuitive and attractive, and it is easy to find your way through the various modes of play and the car customization options. More interestingly however, the PS2 version of the game has extra DVD features, which include a theatrical trailer for the upcoming street-racing film The Fast and the Furious and an excellent documentary on Tokyo's illegal street-racing scene. The documentary interviews members of the actual street-racing scene about their cars, the intricacies of racing on the traffic-filled highways of Tokyo, and avoiding the police. Although Tokyo Xtreme Racer: Zero is flawed visually, the gameplay system is both unique and entertaining. Driving fans willing to overlook the game's exaggerated arcade-style physics and graphical flaws will find a fun and lasting racing game in TXR: Zero. 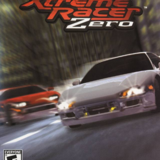 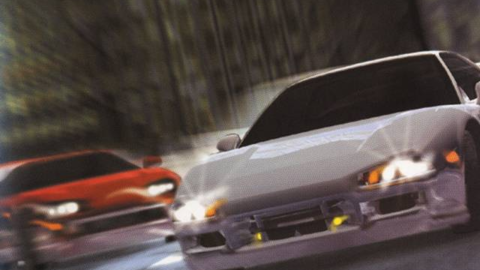 Although Tokyo Xtreme Racer: Zero is flawed visually, the gameplay system is both unique and entertaining.