It nails some of the key points of the drift-racing genre, but Tokyo Xtreme Racer DRIFT lacks practically every other component needed to make an exciting racing game.

As the all-in-caps subtitle suggests, Tokyo Xtreme Racer DRIFT is longtime TXR developer Genki's first foray into the wonderful world of drift racing. A decidedly Japanese-centric style of street racing, drift racing is the art of letting your car drift damn near sideways around sharp turns and corners, often for lengthy periods of time. A far cry from the "hit nitrous and go really fast" style of street racing most of us are accustomed to, drift racing is more about control than pure speed. This element translates reasonably well into DRIFT, which tosses aside the traditional Tokyo Xtreme Racer formula to try to emulate the drift-racing genre as closely as possible. The problem is that after spending several hours drifting around the same corners over and over again and not really doing much else, the formula wears terribly thin.

The premise of DRIFT is that in the year 20XX (a fine year, if we do say so ourselves), the mountain roads of Japan are bereft of travel. Nobody goes there anymore, leaving them entirely desolate. Enter the Japanese government, with an incredible initiative to give the bored drivers of the country a kick in the pants by opening up these mountain roads to, of all things, drift racing. So you'll find yourself driving around these winding roads way up in the mountains of Japan. Of course, the government also wants to make sure that nobody gets hurt, thus they install the "latest safety measures" to prevent anyone injuring themselves. What exactly that means is never explained, but it reads like one of those fabricated story excuses for why the game can't seem to pull off any measure of damage modeling.

Lack of damage aside, the racing in DRIFT is pretty cut-and-dried. There are a few different race types, but the functional similarity between them all is that no matter where you are, you'll need to do a copious amount of drifting to get by. In fact, many of the game's races are built solely on point-score totals earned by pulling off bigger and better drifts. How well your car drifts depends largely on how the car you're driving is built, as well as what upgrade parts you're using. There are a number of recognizable cars in the game, and each can be outfitted with a number of different parts, including better engines, tires, brakes, suspension systems, and the like.

However, no matter how much you trick out your car, drifting is still an erratic process. The cars handle, in a word, poorly. The analog sensitivity is very touchy, yet there are more than a few occasions where the car simply won't respond quickly enough to pull off a decent drift. Other times, cars will simply spin out like crazy. On some level, this is accurate to what real drift racing is like, in that it's not a completely predictable style of racing. But in game form, it's just not that much fun. Games like OutRun or Ridge Racer, which take it to silly, speedy extremes, make it fun with said silliness. DRIFT is utterly humorless in its portrayal of drifting, and with nothing else to back it up, it just becomes tiresome and frustrating. Especially in races against other cars, since they some how are immune to the slowdown you suffer when you hit a barrier or anything else for that matter, and as such, can simply blow right past you if you're anything but perfect in your drifting.

DRIFT includes a few different modes of play, though pretty much all your time will be spent in the main conquest mode. The conquest mode is split up into two types of races--day races and night races. Day races are single-car challenges in which you're basically just trying to beat the high drift scores. At night, you can travel to various parking lots and challenge rival racers to races. Usually these are one-on-one affairs, but there are a few variations, and sometimes they just go right back to the high-score races. Basically, what you do in each of the game's track areas is go back and forth between day and night, over and over again, until you've beaten every area rival (which takes quite a bit of time), then move to the next area. In between, sponsor challenges will pop up; completing them can earn you new and better parts. But these challenges tend to follow the same formula as the other races, so they're not much of a change of pace.

Apart from the conquest mode, there are some stand-alone versions of the race types found in the career mode, as well as a basic multiplayer setup for some two-player split-screen action, but that's about all. Granted, the conquest mode is very, very lengthy, and the game is a budget title; but again, with the focus being solely on the repetitive and often irritating drift races, you'll find yourself done with the game long before you finish off the conquest mode.

Graphically, DRIFT looks like the sort of racer you'd have found when the PlayStation 2 first launched five years ago. That's not altogether surprising, since some form of this exact game was released back in late 2003 in Japan as Drift Racer: Kaido Battle. The cars are boxy looking and low on detail, and the aforementioned complete lack of damage modeling doesn't help matters. The track environments aren't half-bad looking, but the weather effects aren't very good, and if you happen to get too up-close and personal with any of the environmental textures, well, let's just say that they weren't designed with such close scrutiny in mind. At least the frame rate's solid throughout. As for the audio, the basic racing sound effects are good enough, and the game actually has a pretty rocking and varied soundtrack. It goes from wailing guitar solos to blues rock to Japanese ska in a matter of minutes, and it's all good stuff, if slightly cheesy.

While the most dedicated fans of drift racing will likely laud Tokyo Xtreme Racer DRIFT for some of its design choices, most racing fans simply won't know what to do with it. The racing is steadfastly dedicated to one esoteric brand of racing that, by itself, just isn't a whole lot of fun, and the game simply doesn't present itself well enough to make up for the gameplay's more annoying elements. For those thoroughly entrenched in the drift-racing scene, DRIFT might be worth its budget price. But most any other driving game fan will find themselves quickly bored with DRIFT, especially those raised on the concepts of high speeds, flashy rides, and the Razor Callahan-esque street-racing villainy. 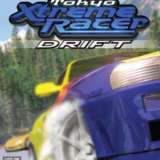 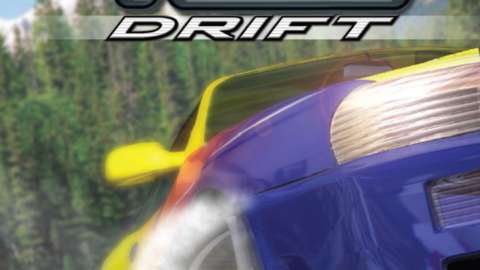 Tokyo Xtreme Racer DRIFT is the next game in the Tokyo Extreme Racer series and features licensed cars, real-world tracks, and car customization.