Tokyo Highway Battle offers up mediocre fare all around.

In the great video game war between the next generation platform giants, it is Sony that likes to boast about the enormous number of games available for its system. Indeed, if you walk into any software store, it's obvious that Playstation titles outnumber Saturn and Nintendo games by a huge margin. What Sony isn't so quick to point out is that most of those Playstation games are real dogs. And Tokyo Highway Battle is right at home in the kennel.

Tokyo Highway Battle is a Frankenstein's monster of a racing game: It's as though someone took used parts from other racers and haphazardly stitched them together. They started with a few cars, added some ho-hum tracks, tossed in an ineffective "drift" control for tight turns, and then threw in a "speed shop" where you can purchase parts for your car. Unfortunately, none of these elements alone is up to par with what's available from other racers, and together the parts add up to a failure of a racing game.

The speed shop is a good example of Tokyo Highway Battle's poor design. In the shop you are able to purchase parts to improve the performance of your car. It sounds like a nice feature, right? Well, knock yourself out navigating through over 60 parts, a number of which aren't compatible with any given car. And the parts you purchase don't seem to make a difference anyway.

In short, Tokyo Highway Battle offers up mediocre fare all around. Graphics are lackluster (there's a major pop-up problem), control feels like an American luxury car from the '70s, and there is only one view available.

Tokyo Highway Battle is part of larger Playstation problem: quantity versus quality. If Sony faces any danger of failure, the biggest threat will come not from Nintendo or Sega, but from its own sprawling lineup of mediocre games. Let's hope Sony fixes this problem before its too late. 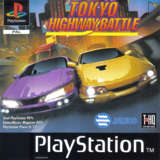 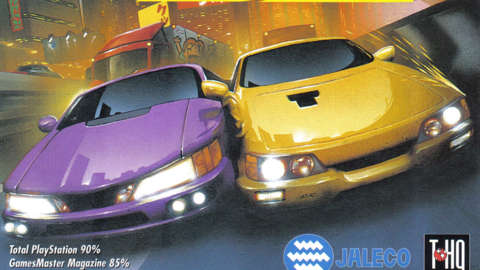 Tokyo Highway Battle offers up mediocre fare all around.