TOCA Touring Car Championship is basically a mix of Gran Turismo and Destruction Derby. It has the amazing control and physics of the former, while also having the realistic car damage of the latter.

TOCA features the eight official cars of the British Touring Car Championship: Volvo S40, Honda Accord, Audi A4, Vauxhall Vectra, Ford Mondeo, Nissan Primera GT, Peugeot 406, and Renault Laguna. You have eight tacks to race on that have been modeled after real-life courses. You can pick three different modes of play: the single race, time trial, and full season mode.

TOCA is one of the few racing games where the cars take damage. If you hit the wall a bit too hard, your hood might pop off. A really hard collision between two cars could flip a car over and put it out of the race. After a while you'll learn how to spin the other cars out of control with a little shove on their rear quarter panel. This, combined with 16 cars on the track, adds up to a lot of collisions.

The game's control works really well. You can use a regular PlayStation controller to play, but to really get your money's worth you have to play the game with a Dual Shock controller. The game controls are extremely precise. The physics model rivals that of Gran Turismo. The cars squat on one side when going around turns, cars spin out of control, and they have realistic reactions to collisions. Also, weather conditions like rain or snow affect car handling.

Graphically, TOCA is an above-average racer. The 3D-modeled cars all look like their real-life counterparts, as do the re-created raceways. The real beauty of the game comes from all of the little effects, like the mist that's kicked up from the tires when the track is wet. In addition, the lighting effect used for the headlights and brake lights really makes them glow as they would in real life. There is a little bit of pop-up, but it's barely noticeable. All of this racing action can be seen from four different camera angles: a chase view, a closer chase view, a behind-the-wheel view, and a windshield view.

TOCA's sound effects and music are quite good. The sound of the cars rubbing and scraping against each other is quite authentic, as are the other sound effects. The various musical tracks are all upbeat and keep the action moving. During championship races, an announcer with a very pronounced English accent introduces the race.

Overall, TOCA Championship Racing is one of the better racing games out there. It plays great, it looks great, and most importantly, it's fun. One of my biggest problems with a lot of racing games today is that they get boring after a while. TOCA has cool tracks, and with the car damage the game is just fun to play. Any fan of racing games should check out TOCA. 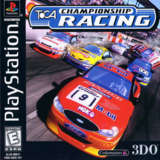 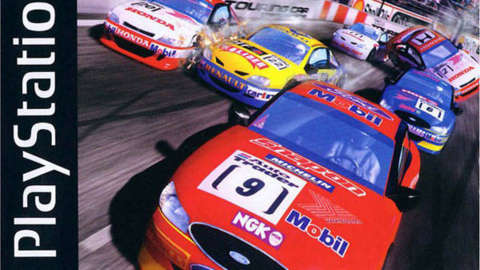