Tobal 2 captures all of the good points of the original Tobal while making several improvements.

Hot on the heels of Bushido Blade, Tobal 2 (Square's other fighting game) captures all of the good points of the original Tobal while making several improvements. The result is fresh and interesting gameplay, and a sequel that is exactly what it should be – a game that's better than the original in every way.

The story behind Tobal 2 is much the same as the original's. The Emperor Udan is holding another fighting tournament, and all the original characters have returned. This time around, however, two new fighters have taken up the challenge: Chaco is a woman with some incredible-looking combos, and Doctor V is a tall, powerful fighter with some kickboxing skills. There are also a ton of hidden characters in the game, including the lovable Chocobo from the Final Fantasy series.

The basics of Tobal haven't changed in this sequel. The controls are identical, and most of the characters' moves have remained the same. However, the game is now more combo oriented, so every character can link moves together for some impressive combinations and juggles. Also, each character now has a fireball, and although it steals some of your health when it charges up, it more than makes up for its theft by doing incredible amounts of damage when it connects. (A fireball only needs to be charged up for two seconds for it to kill in one hit.) This may sound cheap, but as the fireballs are easily sidestepped, which means it requires a fair amount of strategy to use this technique effectively.

The Quest mode has been improved quite a bit in Tobal 2. Instead of just picking a dungeon and fighting through it, you can now explore an entire town as well. You need to eat and sleep to stay in top form, and there are shops and other facilities in the town to keep the fighter fighting. The dungeons themselves (which are in several different locations in and around the town) haven't changed too much, but they look much cleaner now. There is also a Tekken 2-style practice mode that helps you to learn the new combo linking system, practice your throws, and try out new techniques. The Practice mode also has a feature that is used to customize each character's hair, clothes, and glove colors.

Tobal 2's visuals make a strong case against the Nintendo 64's superiority for delivering quality graphics. Not only are the untextured characters (much like Mario 64) very smooth, but they also move incredibly fast and at a very high frame rate. The lighting effects are very nice looking as well, especially on the game's fireballs. Tobal 2 also has some really great sound effects, although the game's music is occasionally inappropriate for a given action.

Tobal 2 may not ever be anyone's favorite fighting game, but it's a solid title that will keep players occupied for quite some time. It makes for a great diversion from the norm (much like Bushido Blade does). Even so, it doesn't pose much of a threat to the Street Fighters, Tekkens, and Mortal Kombats out there. 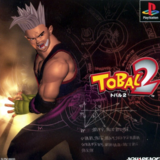 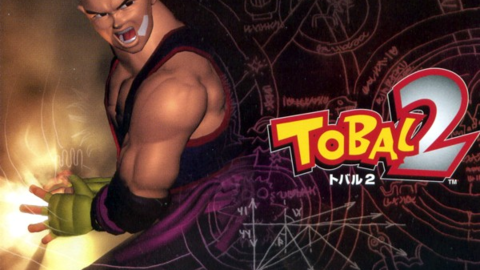 Tobal 2 captures all of the good points of the original Tobal while making several improvements.