TMNT on the Game Boy Advance is a rousing beat-'em-up and a shining example of a movie-based game done right.

There sure hasn't been a shortage of Teenage Mutant Ninja Turtles video games over the years. Unfortunately, while companies have steadily produced new games featuring Leo, Don, Raph, and Mike, most of them have lacked that special magic that Konami achieved with its old arcade games, particularly the seminal Teenage Mutant Ninja Turtles: Turtles in Time. Ubisoft has just published a new batch of games to coincide with the latest TMNT movie. The good news is that one of them, the Game Boy Advance game, is an all-out blast that touches many of the same pleasure nerves that those classic arcade games used to. TMNT on the GBA doesn't slow the tempo with silly puzzles or frustrating platform-jumping sections. Instead, it's a pure, fast-paced brawler that lets you go wild beating on bad guys and bosses with a healthy variety of exaggerated martial arts moves. And, thanks to the eye-popping graphics and catchy audio, the game is as much fun to see and hear as it is to play.

For each of the seven lengthy missions that make up TMNT for the GBA, you select a turtle to play as, pick a helper to call in for co-op attacks, and then work your way through the 2D environment by moving to the right and beating up the bad guys that constantly appear. Enemies come in the form of generic thugs, robots, and various Foot Clan members. Basic enemies have two or three different attacks, do a good job of sticking and moving, and generally take a half dozen hits to dispatch. None of the bosses have as much personality as Bebop, Rocksteady, and Shredder from the old days, but you'll come to remember them just the same thanks to their flashy attacks and memorable behavior patterns that cause every battle to take a while.

Meanwhile, the whole combat engine is steeped in variety. Different attacks happen when you press the attack button multiple times, hold up or down while attacking, or attack while jumping. Enemies can be bounced into the air and juggled for additional hits, and you can rack up insane combos by jockeying between multiple enemies. The combo counter routinely shows 20 or more hits during intense scenes. While you beat up your opponents, a meter in the upper-right corner of the screen gradually fills. When it's full, you can summon another turtle to unleash a swarm of attacks on nearby enemies. If you summon your bro when there aren't any enemies visible, he'll leave behind a plate of food that will totally replenish your health meter. That's the key to getting through some levels without losing a life every time the screen stops to produce two or three successive waves of enemies. Further contributing to the game's lively nature, you can pick up and use the bats and swords that certain enemies leave behind, and also smash objects in the environment that contain health items or produce lead pipes and concrete slabs that you can use as makeshift weapons. The turtles also gain experience and become stronger as you play the game, which is a nice touch.

When you're not involved in a mission, you'll find yourself hanging out in the turtles' lair, where you can replay any missions you've completed, select the next mission in the sequence, check out a trophy room, or access a small section of the city. The city holds its own diversions, such as minigames, shops that sell useful items, and an area where you can practice beating on respawning thugs. There aren't a ton of minigames or shop items to concern yourself with. Mainly, you'll use the money you've collected during missions to buy additional lives and some basic attribute upgrades. Anyone who owns an Xbox 360 will find the trophy room especially amusing, since it basically honors you for accomplishing specific achievements such as racking up the combo counter and setting top times in every level. Achievements don't appear to unlock any bonus content, but they do give you goals to strive for besides simply completing a mission.

As for the presentation, the slick comic visuals and catchy audio play to the strengths of the GBA hardware and touch many of the same sensory nerves that the classic TMNT arcade games do. Raph, Don, Leo, Mike, and the dozen or so recycled bad guys are vibrant, detailed 2D sprites that move fluidly and exhibit a healthy variety of actions. Attacks chain together seamlessly, knockdowns look painful, and you can pick up and toss stunned opponents. Bosses are large, and their sword slashes and flame outbursts tend to span a good length of the screen. The random motorcycle riders that sometimes appear are an amusing homage to the similar bad guys that have appeared on other beat-'em-ups, namely the Streets of Rage series.

You can pick up and use weapons that enemies drop. Boxes and vases can be thrown at enemies or smashed to reveal food items that recover health. Many of the signs and decorative objects in the environment can also be smashed, occasionally leaving behind a pipe or concrete slab that you can use as a weapon.

The sleek new turtle designs look sharp, while the black outlines around the characters give the game a look that's more reminiscent of a comic book than of the movie's CGI style. You'll also be impressed by how intricately detailed the 2D backgrounds are, which depict various locations such as the streets, a diner, a park, and a construction site. One mission takes place entirely on the top of a speeding big rig truck. Movement happens on a 2.5D plane, so you're free to move left and right, as well as in and out of the environment while you pummel and grab unfortunate bad guys. If you've played beat-'em-ups like Double Dragon or Streets of Rage before, you'll find the look and flow of TMNT familiar.

TMNT's audio is stellar, whether you're comparing the game to other beat-'em-ups on the GBA or the system's entire library as a whole. There are plenty of sound effects. Each action has its own accompanying noise, and there are plenty of grunts, groans, and other vocalizations as well. The bosses' final death cries and the disembodied voice that tells you to "go" when you idle too long are cute. As for the music, the tracks are genuinely memorable and consist of rock riffs, video game beats, and Asian-flavored melodies done. Best of all, every note that comes out of the system's speaker is crystal clear.

In the dialogue scenes that appear between missions, the story is told flashback style in a way that integrates events from the movie into the comic book's universe. Hand-drawn renditions of Splinter, the turtles, Casey, and April introduce and reminisce about each mission as if it happened a few months ago, while their thoughts are usually shown as CGI images taken from the movie. The juxtaposition of movie images and comic artwork doesn't feel forced and lends the game a charming style that's all its own.

The game's weak points are its lack of a multiplayer mode and the brief length of the overall quest. This is the sort of arcade-style beat-'em-up that's perfectly suited for co-op play. Sadly, the developers probably pushed the Game Boy Advance hardware to the limit with everything that already happens onscreen and likely didn't have any horsepower left to incorporate link code and add another player sprite without greatly degrading the quality of the experience. After all, the system already manages to display your turtle, a half dozen enemies, and various strewn objects without skipping or slowing down. So, the game is strictly a solo affair.

As for length, if you only want to get through all seven missions and see the ending, you need to invest only about three hours toward completing that goal. Three hours may be longer than most arcade style beat-'em-ups last, but it's a relative coffee break compared to how involved other action adventure games tend to be that are available for the GBA. A few more missions would have been nice. On the other hand, the missions are fun to play, which means there's a good chance you'll find yourself compelled to replay missions in order to accomplish all of the achievements and to complete the game on its hardest difficulty setting. In that regard, TMNT is a throwback to the days when games were brief but begged to be played over and over again.

TMNT on the Game Boy Advance is a rousing beat-'em-up and a shining example of a movie-based game done right. The fisticuffs are fun, the presentation is sharp, and the story stays true to the comics and the recent movie without coming across as contrived. It won't take you hours and hours to finish the game for the first time, but the whole experience is so sweet that you'll want to do it all over again every now and then. 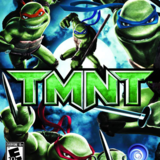 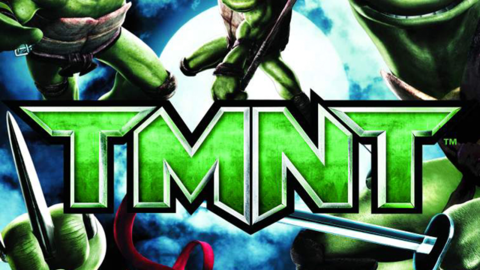 Ubisoft's Teenage Mutant Ninja Turtles game is based on the 2007 CGI movie, and features action-platforming with some teamwork-based gameplay elements.