Time Crisis II is a whole lot more fun than a console port of a three-year-old arcade game should be.

When it comes to light-gun games, few companies have been able to keep them as consistently interesting and unique as Namco. Now, Namco is bringing Time Crisis II, one of its most popular arcade light-gun games, to the PlayStation 2. The result is a version of the game that looks better than the arcade version while still delivering the same tight, fast-paced action that the series is known for.

The storyline in Time Crisis II is a tad generic--the evil Neodyne Industries corporation is secretly launching strategic military satellites into orbit with the intent of using them for global domination. One of your agents infiltrated Neodyne to uncover more information, but she was discovered in the process. Now it's up to you to break into Neodyne territory, rescue the agent, and stop this nefarious plan.

While the back story is rather thin, the game more than makes up for it with its fast, straightforward gameplay, which remains unchanged from the arcade version. Like most light-gun games, Time Crisis II operates on rails, and you roll around each level with the simple objective of shooting the bad guys without getting shot yourself. What separates Time Crisis II from every other light-gun game is the use of a duck button, which serves the dual purpose of pulling you out of harm's way and reloading your weapon. And as extra motivation to really burn through the levels as quickly as you can, there is a countdown clock ticking the entire time. Though the gameplay can be repetitive, the game manages to stay engaging by keeping everything moving at a quick pace and pushing you through a menagerie of different environments. Aside from the single-player arcade mode, Time Crisis II can be played with two players on a split screen, or for an experience more true to the arcade, you can play the game on two separate PS2s using the i-Link cable. For those looking for some John Woo-style fun, you can play single-player with two GunCons as well.

The GunCon, Namco's proprietary light-gun controller for the PlayStation, has been replaced with the GunCon 2, which connects to the USB port on your PlayStation 2. The gun itself is much smaller than the original GunCon, and it features several more buttons. Along with the buttons on the side of the barrel, there is also a button on the butt of the gun, which really works well for the "slap in a clip" style of reloading, as well as a D-pad on the back, which is much easier to use for ducking than the awkwardly placed side buttons of the original GunCon. On a whole, the gun is a worthy successor, and it's absolutely necessary to play Time Crisis II right. If you try to play this game with a Dual Shock 2, you'll miss the point entirely.

As an added bonus, Namco has included versions of three of its arcade light-gun games in the Time Crisis II package. Agent Trainer has you shoot at human-shaped or bulls-eye targets in a standard shooting range, Quick & Crash tests your quick draw abilities, and Shoot Away 2 is a skeet-shooting simulator. All three of these games are pretty simple, and they can prove to be a novel diversion from the main gameplay mode.

The one facet of Time Crisis II that has received the most apparent attention is the graphics. When Time Crisis II originally hit US arcades, it was one of the best-looking games in the arcade, though in the years since its release, the arcade game has lost a bit of its luster. To keep up with the times, Namco has upped the polygon count on all the character models, cleaned up the textures, and further refined the game's animation. The end result is one of the best-looking light-gun games available anywhere.

All things considered, Time Crisis II is a whole lot more fun than a console port of a three-year-old arcade game should be. Fans of the arcade version will not be disappointed, and anyone else looking for some simple, visceral action would do well by checking out Time Crisis II. 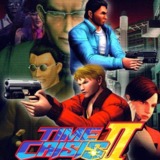 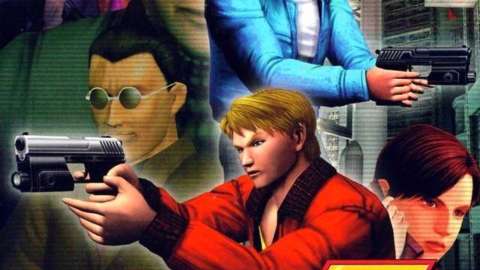 Time Crisis II is a whole lot more fun than a console port of a three-year-old arcade game should be.