Those simply looking for a good PlayStation golf game are better off looking at the Hot Shots series than picking up this antiquated, middle-of-the-road golf game.

The life of a sports game is a tough one. It needs to not only compete with other sports titles for the player's attention, but it also has to compete with the previous year's model of its own game. If improvements in graphics and sound, and new gameplay features aren't included, then what's the point? EA Sports is the king of serial sports titles, and it would be logical that it would have this routine down to a science. Unfortunately, for EA Sports' latest golf game, Tiger Woods PGA Tour Golf, this concept is a foreign one, as the changes that have been made are minor and primarily of aesthetic value at that.

As the title subtly hints, the main focus of the game is on taking Tiger Woods, or any one of several different real-life golf pros, on the rounds of the PGA Tour. Of course, the usual golf modes - practice, match play, stroke, and skins games - are included as well. The game's control doesn't differ much from last year's: It retains the two-foot tap-in feature, mulligans, and both the analog and the three-click swing control. The big addition to the controls for this year's model is something called Tiger Control, which lets you influence the direction of the ball while it is in the air. In a game that presents itself as a serious golf game, this feature seems incredibly out of place, more fitting to an arcade-style title. The distressing thing about the Tiger Control is that it doesn't work all the time - if the computer knows your ball is going to land on the green, you cannot exercise your Tiger Control. Thankfully, this feature can be turned off.

The series' graphics continue their incremental graphical improvements, and while Tiger Woods PGA Tour Golf is the best looking in the series, it still retains a lot of the dated graphical traits you might expect to find in a second-generation PlayStation title. The series seems to have kicked its previous slowdown problems, but the digitized 2D golfers and their celebratory animations still haven't been updated; the cardboard cut-out shrubbery is still prevalent; and the course textures, save for a respectable reflective effect off the water, are still as bland as ever. Updates in the game's ever troubled sound would have been nice but ultimately a pipe dream, as Tiger's handful of phrases and the occasional sparse applause make up the entire sound effects of the game.

Tiger Woods PGA Tour Golf is not a horrible golf game. The gameplay, while neither innovative nor incredibly tight, is reputable, and the slightly dated graphics are sufficient for the genre. What truly cripples the game is the lack of advancements over last year's edition. Unless the new uniform look that EA Sports has adopted for all its sports games and the addition of Tiger Control really get your motor running, there is little to attract players to the game. Those simply looking for a good PlayStation golf game are better off looking at the Hot Shots series than picking up this antiquated, middle-of-the-road golf game. 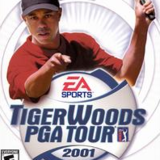 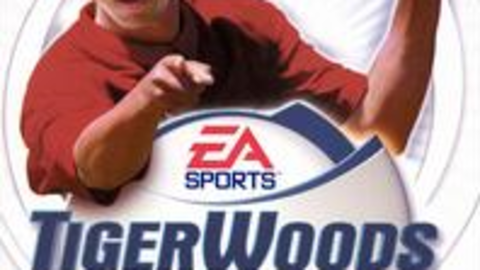 If golf isn't golf for you without those PGA masters and true-to-life courses, then Tiger Woods PGA Tour 2001 may meet your needs.