No matter what you're looking for in a golf game, Tiger Woods 10 almost certainly has you covered.

Mark Twain once described golf as "a good walk ruined." Perhaps he'd have been a little more forgiving of the sport if he'd had an opportunity to spend some time with Tiger Woods PGA Tour 10. EA Sports' latest hit-the-ball-at-the-hole simulator doesn't reinvent the genre, nor does it represent a huge leap forward over its predecessor, but there are plenty of new features and refinements on its scorecard to make it a winner for newcomers and veterans alike.

Tiger Woods 10 is a golf game that seems designed to be all things for all people. For purists, there are 16 of the world's finest courses, club tuning options, US Golf Association rules, and a Tournament Challenge mode in which you can relive memorable achievements alongside pros. There are also live tournaments that take place alongside real-world events, such as the US Open, and let you compete with pros on the same leaderboard and in similar weather. For those whose knowledge of golf is limited to having seen Adam Sandler's Happy Gilmore, on the other hand, there are items of clothing that dramatically improve your attributes, an extremely forgiving default difficulty level, and wacky customization options that include a pink rabbit suit and a biker jacket. There are also laughable unlockable golfer animations and the ability to hit the ball significantly farther than any real-life pro--much like the hero of the aforementioned movie. Tiger Woods 10 is a game that anyone with even a passing interest in golf can enjoy, but it's unfortunate that its serious side and its Sandler side don't always play well together.

The game's biggest problem is that while new game-changing weather, the great new (optional) putting system, and the quality of your analog or three-click swing are factors that affect your performance on the course, all too often, it's your choice of golfer that has the biggest impact on how well you do. There are more than 30 pro and novelty golfers to choose from, but unless you're deliberately looking to handicap yourself, there's really no reason to play as anybody but Tiger Woods. There are a handful of characters with slightly better ratings for accuracy, but none that come close to matching Tiger's near-perfect ratings for all three of the remaining attributes: power, short game, and putting. None, save for the countless superhuman player-created golfers online who, after several hours of play, can make a trip to the pro shop and purchase a "max attributes" outfit.

Initially, creating and playing as a custom golfer can be very satisfying. You have the option to use digital photos uploaded to an EA Web site or your console's camera to put something vaguely resembling your face into the game; you play a few shots to determine your starting attributes; and, for a few rounds, you really have to play well to keep up with the pros. Your attributes will improve (or occasionally worsen) after every round based on your performance, and you're given opportunities to work on aspects of your game by replaying shots from your previous round in simple exercises presented by your in-game coach. That's all well and good, but your golfer improves so rapidly that by the time you reach your second or third Career mode tournament, it's relatively easy for you to win every competition thereafter--at least playing on the default difficulty.

Switching among Tiger 10's four difficulty modes doesn't impact which tees you play from or the inconsistent AI of the pro players. Rather, it determines how forgiving the controls are and which player aids you get to use. For example, on the default amateur difficulty, moving the analog stick down and then up to perform a swing determines the power of your shot but has very little impact on its direction. However, on pro difficulty, anything other than a perfectly vertical movement of the stick will result in a hook or a slice. If you ramp up the difficulty to the most challenging tour pro setting, you can no longer use power boosts, which you trigger by tapping a button during your swing; you can no longer add spin to the ball after striking it, which is done in much the same way; and, you don't get to use the putt preview, which gives you a second chance to line up shots on the green by showing you what your first attempt will look like without actually having to play it.

Given that the beginner and amateur difficulty settings are unrealistically easy (scores of 20 under par for a single round aren't uncommon) and that the tour pro difficulty is very challenging (expect scores closer to 20 over par to begin with), the pro difficulty is likely to be the sweet spot for anyone looking to realistically compete with the household name players. Unfortunately, the only time you can use pro difficulty online is when you're competing in one of the slickly implemented daily or weekly tournaments that force all players to use the same settings. Only the amateur and tour pro settings are available in the remaining multiplayer modes. While such games as best ball, four ball, and skins are great additions to the requisite stroke play and match play options, it's unfortunate and baffling that they only support two of the four difficulty settings. Regardless, online play is a lot of fun, and the Simultaneous Strokes mode in which four players take their shots at the same time and can see their opponents' efforts represented by ball-tracing colored lines is a great way to go head-to-head without having to sit and watch other players while waiting for your turn.

Even if you're not playing online, being connected to EA's servers improves the Tiger Woods 10 experience. You'll see a handful of advertisements that don't appear when you play offline, but the payoff is that you get to see news feeds of sports results and the like. You can also opt to play any course with "live" weather conditions courtesy of The Weather Channel. Weather is undoubtedly one of the most significant additions to this year's game because rain has just as big of an impact as wind, which has been a staple of golf games since day one, on how a course plays. GamerNet challenges are another benefit of playing while connected: Any time you play a particularly impressive shot, you have the option to upload it as a challenge for other players to beat during their regular play, and, of course, you can expect to be presented with plenty of them when you're playing yourself. It's possible to set up quite elaborate challenges, but for the most part, you're judged either on the length of your drive or how close you get to the hole with an approach shot. The latter are always possible to better, but the former are dependent on both your character's skills and the weather--being challenged to drive a ball almost 500 yards just isn't possible unless you're maxed out and have the wind at your back.

Other forms of player competition include a large selection of minigames and modes that use the mechanics of golf in some inventive ways. There are three modes that employ archery-style targets, including one titled Capture the Flag in which you can claim targets by hitting their bull's-eyes; you can play H.O.R.S.E., which here is known as T.I.G.E.R.; and if you're feeling extra competitive, you can challenge a friend to a game of Battle Golf, in which winning a hole entitles you to remove a club form your opponent's bag or return one to your own. In short, Tiger Woods 10 has plenty of variety, regardless of whether you're looking for a traditional golf experience, less conventional games to enjoy with friends, or both.

There's no guarantee that your custom golfer will be instantly recognizable as you, but for the most part, Tiger Woods 10 is a good-looking game. Professional players are instantly recognizable, and if you've ever visited such courses as St. Andrews and Torrey Pines, or even just seen them on television, you'll find that they are as well. Details, such as bunkers and expanses of water, look great in this year's game, and when you see waves rolling in on the rocks alongside the 18th at Pebble Beach, you'll understand why it's one of the most celebrated holes in golf. Crowds made up of emotionless doppelgangers that form to watch your tee shots and putts detract from rather than enhance the experience, but at least they're easy to ignore. The same, unfortunately, can't be said for the commentary team of Scott Van Pelt and Kelly Tilghman.

Commentary is generally something that greatly enhances the TV-style presentation of a sports game, but in Tiger Woods 10, the option to mute the commentary is definitely a welcome one. One will frequently correct the other after he or she wrongly predicts where your ball is going to land, they'll tell you that they've never seen worse putting after you miss a giant putt by only the tiniest of margins, and Van Pelt regularly states that he has no idea who's at the top of a competition leaderboard--even when you're winning by an unrealistic 20-plus strokes. Neither commentator's delivery is great, but ultimately, it's the quality of the writing and its implementation in the game that brings it down.

As golf games go, Tiger Woods PGA Tour 10 is tough to beat. There really is something for everyone with even a passing interest in golf in this sizeable package, and although there's clearly still some room for improvement, it's well worth a look even if you already own last year's game. 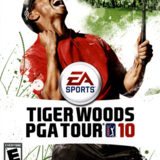 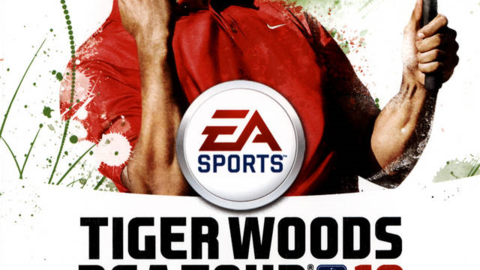 The venerable golf sim is back for the new year.