Thanks to a crash bug and features that don't work well or don't work at all, Tiger Woods 08 on the Xbox 360 is a big disappointment.

The Tiger Woods series has long stood atop the charts as the best-selling golf franchise year in and year out. There's typically very little to distinguish one year's version from the next, but the games have always played well, and, judging by the sales numbers, people have been happy with the incremental upgrades. But even those expecting minimal improvements are likely to be disappointed with Tiger Woods PGA Tour 08. There are some new features, but many of them don't work. Also, there are a fair amount of frustrating bugs (particularly in the Xbox 360 version) that give the game a rushed feel. Even the game's most noteworthy feature, the analog swing, doesn't work as well as in previous years.

Once again you start your career as either a rookie Tiger Woods or a created golfer with limited skills. You can improve your skills a little by performing well in events, but you'll want to take the skills challenges, which are largely unchanged, to improve them quickly. The idea is to simulate a golfer getting better by practicing and gaining experience, but it feels artificial thanks to the level caps, which are the same for each skill and go up only when you beat certain tasks in the Tiger challenge. Not only do all golfers end up playing the same (because you tend to level their skills up evenly), but the process is cumbersome--especially if you play the series every year. Because your golfer will stink to start off, you won't stand a chance at winning a tournament event. Making you play with such a lousy golfer feels like a contrived, last-ditch effort to make the game challenging. Speaking of artificial challenges, the CPU's tendency to go from making miracle shots to blowing absurdly short putts depending on how close the match is seems more pronounced than ever.

Because your golfer isn't much better than the average weekend hacker, you'll spend your time playing the Tiger Challenge until you've gotten the skills and the equipment to take on the tour. Rather than consisting only of 9- and 18-hole challenges against other golfers like last year, the challenges are typically shorter and more varied. There are long drive contests, par-3 challenges, and challenges from the rough and sand. It's certainly more interesting than before, but the sheer number of events means that the challenges still become tedious because there isn't all that much variety to them.

A few changes have been made to how the game plays on the course--some good and some not so good. The best addition is the return of the "3 button press" mechanic from early in the series. At any point in the round, you can push the right analog stick in and the meter comes up. You press one button to start the swing, press it again to set the power, and press it a third time to determine accuracy. This works well, which is a good thing considering what EA did to the analog swing. It's extremely sensitive, so the slightest push to the left or right will send your ball sailing into the rough, or, quite frequently, out of bounds. The sensitive stick is most problematic on the Xbox 360, but it's still an issue on the PS3, just to a lesser degree. This is an issue even when using a golfer like Tiger Woods, but it's a huge problem when starting out with a created golfer--they'll hit the ball everywhere and don't have the power to make up for mistakes.

Another change, this time for the better, is how you add a draw or fade to your shot. You just tap a button to instantly teleport to the landing zone (you can hold it down to slowly zoom), and then add a fade to the shot by pressing left bumper or L1 to move the target to the left, or add a draw by pressing right bumper or R1 to move the target to the right. This works great and really pays dividends when you're hitting off the back tees and are forced to make more creative shots. Putting has gone largely untouched, but now you can check your aim and power by pressing a button to zoom out above the green to see the path the ball will travel. You can't make any adjustments while using this view and you can use it only once per shot--but it still makes putting too easy. It's no problem at all to drain 50-foot putts; in fact, you'll do it so often you'll come to expect to make them nearly every time.

And then there are the problems from last year that simply went unaddressed. There's still a crowd lining the course and they're still standing way too close, often getting in the way of shots that just missed the fairway or green. You can fast-forward while the ball is in the air, but you can't skip your opponent's turns and you can't turn off their practice swings or celebrations. Yeah, we got it, Pops is old and grumpy--can we skip his theatrics next year, please? Whether it's because of the bad lighting, lack of shadows, poor textures, camera angles, or a combination of all four, it can be difficult to read the slope of the green without the help of the putting grid. This makes chipping onto the green more frustrating than it should be, because the ball will just roll right off the green or back toward you because of an unseen change in elevation. On its own it's not a huge problem, but when you combine it with your golfer being terrible to start off and the touchy swing controls, it's just another way to lose a few strokes a round.

The biggest new gameplay feature, or at least the most hyped feature, is the EA Sports Gamernet. This allows you to save your best, worst, or weirdest shots and share them with the world. Not only can you share them, but you can turn them into challenges for other players to attempt. This is a neat idea, but one that's underwhelming in practice. For starters, as of this writing it doesn't work properly on the Xbox 360; you can make challenges, but you get an error when you try to make a highlight. But the biggest problem is the challenges aren't all that fun. It is nice to be able to play a round and then upload it for a friend to play, but unless you've been challenged by a friend there's little reason to try to bounce the ball off of a building and then onto the fairway, or to spend a half hour trying to drain a 113-foot putt.

Once again the great create-a-character mode is back, but this year you can make your likeness more realistic than ever thanks to the photo game face mode. Using the Xbox Vision Camera (which also works with the PS3), the EyeToy, a USB camera, or pictures uploaded to a Web site, you can create a 3D model of your melon for the game. At least, that's the idea--too bad it doesn't work very well. None of the digital cameras we tried worked, nor did the Web site where you upload photos. The Vision Camera worked OK, but the results were hit or miss. This seemed due mostly to the limited customization you can perform once the face is rendered. There are plenty of options, but the inability to change skin color or add eyebrows results in some odd-colored heads with no discernable brows.

And that's the big problem with Tiger Woods 08; it feels like a good idea that wasn't seen through to completion. There's too much here that simply doesn't work, particularly in the Xbox 360 version. The 360 crashes in the same place during the Tiger Challenge, making it impossible to finish, and you can't upload highlights to the EA server. Both the PS3 and 360 versions have periodic lag, glitches, and freezing issues when played online; the game face upload site doesn't work; and the single-player suffers from glitches like golfers vanishing, taking drops when they weren't supposed to, and a way-too-sensitive analog swing.

Tiger Woods 08's graphics are virtually indistinguishable from Tiger Woods 07's. For the most part the golfers look like their real-life counterparts. Each player has a unique swing, which is good, but they look lousy in motion. Players will warp from one position to another when preparing to address the ball; sometimes they don't appear to hit the ball at all; and there are frequently hitches in their swing. When the camera is still the courses look great, but when it starts panning around or following the ball the frame rate takes a bit of a hit and the grass looks lousy. Other objects, like rocks and many trees in the distance, look downright awful, moving or not. Even with the addition of more-dramatic camera angles for your opponent's shots (which often are horrible), the presentation is dry and in sore need of an upgrade--and that includes the commentary.

People who worry about yearly releases diluting the quality of games have plenty of ammo in the form of Tiger Woods 08. The changes to the gameplay are minimal, and some of them make the game worse. There are only five new courses, and many new features don't feel fleshed out, don't work well, or flat-out don't work. The PlayStation 3 has the fewest issues and plays better than the 360, so it's the one to go with if you have the choice. Xbox 360 owners should just stick with Tiger Woods 07. 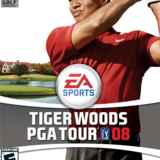 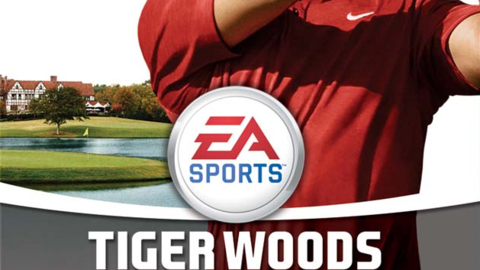 Tiger Woods swings his way into the 2008 season.