Thor: God of Thunder hammers out an experience that is absolutely awful in every way.

The curse of the blockbuster movie adaptation has plagued the games industry for more than three decades, but even a history of futility will not prepare you for the digital misery that is Thor: God of Thunder. Every aspect of this slapdash action game is forged in the flames of failure. Amateurish voice acting and woefully outdated visuals serve as flashing red warning lights urging you to avoid this abomination, but it's the disastrous combat that ultimately punishes anyone unlucky enough to spend time with this awful game. Shallow combat marred by unresponsive controls and a stubborn camera is a recipe for pain, and when you combine those pieces with an unnaturally high difficulty level, it turns the entire endeavor into an agonizing ordeal. Even the biggest fans of Norse mythology and Marvel comics should stay far away. Thor: God of Thunder is a terrible game that has almost no redeeming qualities.

The poorly constructed story contains neither interesting plot developments nor likable characters, though it does have a moral we should all keep in mind: Don't start the apocalypse. Thor, stubborn god-child that he is, doesn't heed this simple advice, which makes it difficult to care about the fate of this waste of divine flesh. Thor is joined by his trickster brother Loki and all-mighty father Odin, and you can tell they're related by how poorly voiced all three characters are. This insipid presentation extends to the visuals as well. Everything is coated in a blurry smear that makes the bland textures look even worse. Sadly, the lackluster environments are one of the high points of this package. Stilted animations give every character the range of a rusty robot, and a terrorizing camera always leaves something important out of the frame. The worst part of the visuals is the stuttering frame rate. Even with the low-rent technology on display, the frame rate still moves in fits and starts that can be downright nauseating before long.

God of Thunder is a linear action game that focuses almost entirely on combat. The lack of variety wouldn't be a bad thing, expect that fighting never comes close to being fun. As Thor, you wield a magical hammer that serves as a powerful bludgeoning device for anyone stupid enough to wander nearby. You can also conduct lightning, generate earthquakes, and summon wind, so at least you have the godlike powers you would expect from this mythical being. The wide assortment of moves you unlock during the course of the game might lead you to believe this brawler has plenty of depth, but that's just an illusion. The core mechanics are implemented in such a crude manner that fights are little more than tiring button-mashing contests. Sluggish controls are the biggest issue in a game overflowing with worthy candidates. There is a noticeable pause between attacks that gives fights a jerky flow. Thor stands stock-still for a beat after swinging his hammer or dashing to safety, and it's maddening trying to coax him to move out of the way while an enemy closes in. There are times when Thor doesn't respond to your button presses at all. He may walk happily into a pit while you're tapping away at the jump button, with no regard for your dwindling sanity.

Poor visual feedback adds another layer of frustration to a game already overflowing with issues. There are times when you swing at enemies and nothing happens. It's unclear if you're too far away, they're momentarily invincible, or they just didn't show damage. This problem turns something as basic as blocking into a crapshoot. You may tap the block button well before a fireball scorches your hair, but because it's so difficult to judge distance in this game, you're just as likely to be singed as you are to repel it back at the attacker. To make matters worse, the collision detection is completely off, so don't even think about playing defensively. You may dash out of the way long before an enemy swings its sword and still get hit. It doesn't make any sense, and it leads to dying in ways that are definitely not your fault. Of course, you're never the benefactor of these inconsistencies. If you're slightly off with your aim, the enemy won't feel a thing, so the odds are heavily stacked against you. And to top it all off, the restless camera ensures you can't even focus on the action. Combat is a complete mess in God of Thunder.

Boss fights serve to break up the drudgery of standard brawls, but they're actually the worst part of this exasperating experience. All of the problems that persist in normal battles rear their ugly head here, and there's one new element that makes them even more aggravating: quick-time events. The bosses are all much larger than Thor, so you have to climb on top of them to bring them down. Stun them with ground attacks, grapple on to their massive frames, and then leap across their bodies to sniff out their weak points. Unfortunately, seeing the QTE indicators is tricky in the heat of battle. The dim yellow light commanding you to press a specific button gets lost amid all the chaos, and you have only a small window to perform this action. When you fail, you get slammed unceremoniously to the ground and have to repeat the process all over again. Some bosses initiate their own QTEs, and these are even harder to nail the first time around. The time frame for success is still maddeningly small, but that's not even the worst part. You sometimes have to frantically wiggle the stick, and even if you move as fast as you can, you're still likely to fail in crushing fashion.

Every aspect of the combat is awful in God of Thunder, and it's made even worse by the excessive difficulty. On the default setting, this game will beat down even hardened action veterans because it's ridiculously cheap. The myriad problems hounding every aspect of this game ensure that you die early and often, which can make this aggravating experience stretch out for dozens of hours. Bosses are the main source of frustration, but you can die just as easily during normal battle. And when you do fail, you have to replay large sections because the checkpoints are situated in such inopportune places. Most of the game plays out in this grueling manner, beating you down relentlessly until you finally squeak by, but things are taken to another level of punishment in the final stage. Here, not only do you have to worry about killing enemies, but there's a clock to fight against as well. It's nearly impossible to take down a horde of ice giants when you have only 10 seconds to spare, which leads to a rage-inducing finish to an already arduous journey.

Aside from combat, there are brief platforming sections that aren't any more fun than the hammer-bashing brawls that surround them. A lack of clear direction means you often wander around looking for where to go next, and the usual problems, such as sluggish controls and a troublesome camera, persist. But that's to be expected in a game rife with problems. There is not one moment in this entire game that is genuinely fun, which makes the whole experience feel like empty padding. Modern video games don't get much worse than Thor: God of Thunder.

View Comments (2)
Back To Top
2
Terrible
About GameSpot Reviews 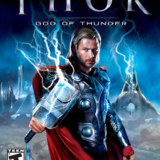 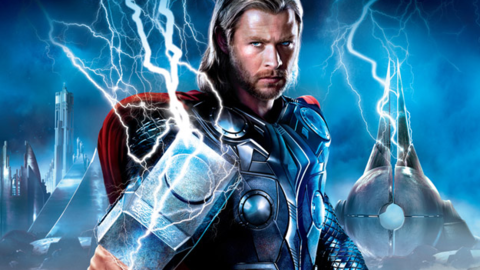 In Thor: God of Thunder players will step into the role of one of the fiercest Nordic gods as he attempts to save the Norse worlds from legions of monstrous foes pulled straight from the comics.