The mission design is more consistent than the original's, and some of the missions are among the best in any action game to date.

Like Thief: The Dark Project, Thief II: The Metal Age uses the mechanics of a first-person shooter to make a game that's more about inaction than action. You won't find yourself running through hallways shooting everything that moves. Instead, you'll find yourself hiding in alcoves, listening intently for the slightest indication that you've been detected. The sneaking premise of Thief was only one of its best features; the game's excellent story and generally good mission design helped to make it one of 1998's best games. And in some ways, Thief II is even better. The mission design is more consistent, and some of the missions are among the best in any action game to date. But the story is a bit disappointing compared with the complex plot of Thief, and the game itself lacks the surprises of the original. Yet if Thief II has a real shortcoming, it's that the game is too similar to Thief.

But that similarity isn't necessarily a problem, considering how good Thief was. It's clear that Thief II was put together with the intent of getting the game done as quickly as possible. That's not to say the game was rushed or is incomplete, but only that it reuses a number of Thief's elements. For instance, certain parts of the game's structure are almost entirely the same, from the mission-briefing screens to the "mission complete" and "mission failed" movies. But the quality of Thief II's mission design more than compensates for this recycling.

A few of the missions borrow heavily from Thief, and a few are predictable. There are some moments in Thief II when you'll see potential twists in the mission from the very beginning if you're familiar with Thief. But otherwise, the mission design is superb: The designers have gone to great lengths to emphasize the thieving element of gameplay, so you'll spend less time searching through monster-infested caverns and more time in high-security buildings. You'll rob banks, burglarize storage warehouses, infiltrate secured mansions filled with secret passages, and even sneak around high-society parties. Thief II's 16 missions are longer and more involving than the first game's, and the locations are often enormous, but unfortunately, the accompanying loading times are longer as a result.

In the game's best mission, Life of the Party, you must sneak across the rooftops of a city, break into a high-security building, gather information and loot, and then sneak back across the city again. The mission is filled with funny moments, and you'll overhear all manner of conversations during the course of the heist, such as two sets of guards shouting insults across the rooftops about one another's employers. Looking Glass has done a remarkable job of making the city seem alive, as almost every mission contains conversations to eavesdrop on and people going about their business who are unaware of your presence. The only element that slightly weakens the otherwise excellent ambiance is the occasionally poor voice acting.

The highly detailed missions are likely what make Thief II's story seem weak in comparison with the original's. In the first Thief, the missions served the story. But the opposite is true of the sequel. The hero Garrett is once more called upon to put an end to a great evil, and he once again seems reluctant to do so. With the exception of the epilogue, Garrett does little but remain his roguish, wisecracking self the entire time. Garrett's an interesting character, and it's a shame that Thief II doesn't do more to develop him. Despite Garrett's desire to be an independent rogue, his seemingly self-serving actions usually end up working for the greater good. Thief II's epilogue, which seems disappointingly abrupt in comparison with Thief's excellent ending, at least hints at an interesting development for Garrett in the next game.As in Thief, the sequel takes place in a city occupied by mysterious guilds. The original told of the pagans' attempt to overthrow the Order of the Hammer, a group that worships industry and its deity, the Builder. In Thief II, the Order of the Hammer has been reduced to but a few loyal followers. The Mechanists have risen in its place, and they're a more fanatical order that also worships the Builder but believes that machines are his tools rather than man's industry. The Mechanists' rise to power was referred to in the epilogue of Thief, when one of the Keepers told the hero Garrett to "beware the dawn of the metal age."

Thief II's story is surprisingly linear. Thief was filled with twists, but Thief II's story seems more like a James Bond plot: The villain simply has a plan, albeit a very strange plan, to take over the world. It's unfortunate that the game has a different focus than the original, which introduced a fascinating world but didn't fully explain it. Thief II should have provided more information on its world, its society, and its history.

Thief II does succeed in taking a great premise and making a good game of it. You get to use a number of interesting thieving tools in environments in which they're all useful. There are very few moments in Thief II where there's a single correct path to take, and the beauty of the mission design is that it's left to your ingenuity to use the tools provided to overcome the obstacles in your path. Do you shoot out the torches and sneak down a hallway? Or should you use a rope arrow to hoist yourself up to the rafters and ambush the guards from above? It's a testament to the quality of the design that when you complete a mission in Thief II, you'll actually feel as if you've accomplished something and not just executed a series of predetermined tasks.

The completely new elements of Thief II are primarily some new enemies and a few new tools. The new enemies mostly consist of the "Builder's children," which are robotic servants of the Mechanists. There's also a terrifying new monster, which is strangely underused in the game. Garrett's new tools aren't that useful, but they do come in handy on occasion. He now has vine arrows, which are a slight variation on the original game's rope arrows; a scouting orb that lets him see in heavily guarded areas; and a mechanical eye (which replaces the eye he lost in the original) that can zoom in on areas.

The fact that there's not much new in Thief II is a minor complaint. At first, Thief II may seem too much like Thief, but on closer inspection it's a better game. It may lack its predecessor's excellent story, and the graphics engine may be slightly dated, but no such concerns will seem relevant when you're sneaking around in Thief II's excellent environments. 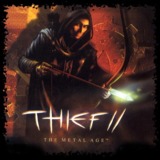 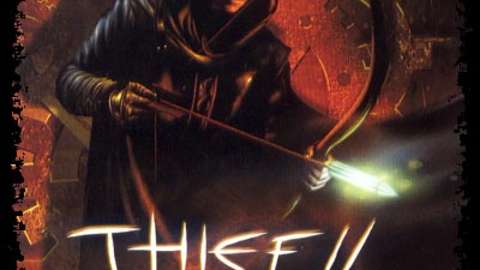 The mission design is more consistent than the original's, and some of the missions are among the best in any action game to date.