There Came An Echo Review

When I play There Came An Echo, I feel like an idiot. I'm sitting in a room, alone, and talking to my PC. "Miranda, move to alpha three," I say to my squad member in a snippy tone one would use to tell a dog to 'drop it'--in fact, it's the same tone I use to frustratingly say "Xbox, on" before just reaching for its power button. Sometimes, my PC listens, and Miranda chirps an affirmative confirmation before moving into position. At other times, nothing happens, and I have to wait a moment before trying the vocal command again--this time, slightly louder; this time, it's more of a demand. "Miranda. Move. To. Alpha. Three."

"You're a little too loud," the in-game character says, as she fails to react to my command once again. This only amplifies my frustration, making it harder to deliver my next order in a "quiet and collected manner" as the loading screen tips suggest. In There Came An Echo's real-time tactical battles, simply getting characters to move to appropriate spots on the top-down map can be an ordeal. That's because the game can be played almost entirely through voice control--aside from using the mouse or the arrow keys to pan the camera, every order can be spoken into a microphone. You can tell your units to move into position, focus on targets, switch weapons, and even queue up actions by following any command with "On my mark...".

When it all works, the game offers the kind of battlefield commander fantasy that is lost when just pointing and clicking to issue orders with the mouse. In order for it to work, there are so many factors that need to be just right. You need to issue the command at the right volume. You must clearly enunciate every syllable. Your microphone needs to be the correct distance from your mouth. There can't be too much background noise. On top of those, you'll need to spend a few missions calibrating the voice recognition system using the in-game options. Unfortunately, even with all these factors taken into account, the failure rate for voice commands being recognised is high enough to shatter that commander fantasy multiple times each mission.

There Came An Echo feels like it has been designed to allow for a degree of non-responsiveness. Characters exchange fire with futuristic energy weapons, whilst coming equipped with shields that absorb a significant amount of hits before you need to start worrying about their safety. Combat isn't fast and brutal; instead, you'll be whittling down health bars at a slow pace that plays nicely into the time it takes to issue vocal orders.

Your actual tactical freedom, however, is limited. You do not have direct control over your small squad; they can only be ordered to move to pre-determined waypoints on the map. Those waypoints are placed in obvious locations, and serve to dictate the way in which each encounter will play out. You occasionally have the opportunity to flank units and whittle their health down faster, or switch between slightly different weapon types, but by the time you're able to get the voice recognition system to work, the encounter is usually over--the enemies are dead, or all your squad members are down.

Though the voice commands are There Came An Echo's primary method of control, the same orders can also be issued with the mouse. You have no greater direct control over your units, however. Instead, you simply select text versions of the same voice commands from a radial menu. It's evident that there is no deeper quality to the game's tactical engagements when the problematic voice control system is removed. Once the novelty of having your voice recognised by the game wears off, there is little here to propel you through each mission.

The cutscenes that bookend each encounter don't fill that void, either. Though the voice acting is above average, the writing has characters constantly bickering and arguing over nothing, regularly cutting each other off and telling each other to "shut up" both in and out of missions. It feels like a woeful imitation of Archer's screwball character comedy antics. This dialogue also jars with the otherwise dark and serious nature of the convoluted plot, which deals with issues of over-surveillance and paranoia through excessive techno-babble.

Though the plot is poorly delivered, it provides an appropriate context for the role you assume as the omniscient commander. There is an eerie sensation when you realise your PC is actually listening to you. Unfortunately, far too often, it simply isn't. 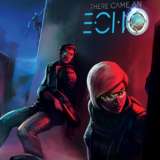 Daniel spent roughly ten hours talking to his squad members and trying to get them to listen, alternately tweaking the voice recognition settings and just using the mouse to actually issue commands instead. 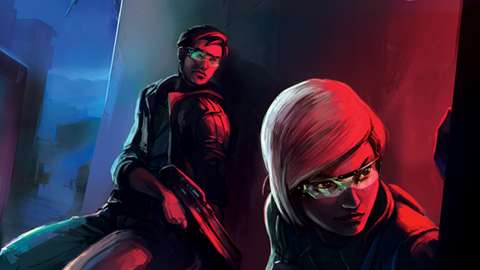 There Came an Echo

Developed for release on the Steam, Xbox One, and PS4 platforms. The player can use an innovative voice control system to direct their units around the battlefield to ensure a tactical advantage over the enemy. The game features a AAA voice cast, led by Star Trek regular Wil Wheaton and internet sensation Ashly Burch.