It's not zombies you need worry about in the painfully dull The Walking Dead: Survival Instinct.

If you're worried about the zombie apocalypse, don't be. It's really nothing to get worked up over. Sure, humankind will find itself beset by legions of ravenous undead, but they'll be incredibly polite undead. Zombies will wait patiently for you to cave their heads in with a hammer, will file into a neat line before attacking, and will give up on chasing you after so much as three meters of exhausted shambling. At least that's how the zombie apocalypse looks according to The Walking Dead: Survival Instinct, a dull and toothless action game that presents a few interesting ideas but leaves them wallowing in a sea of shoddy execution.

Not to be confused with Telltale's stellar adventure series starring an ensemble of original characters, Survival Instinct is a prequel to the Walking Dead television series that focuses on leather-vest aficionados Daryl and Merle Dixon. Both characters are voiced by the actors who portray them on the show, which is the only instance in which this game flirts with anything resembling a high production value. The bulk of Survival Instinct--a campaign lasting maybe five hours--is a drab and hurriedly told story of Daryl and Merle navigating the Georgia countryside on a road trip gone to hell.

This is a stealth-oriented take on first-person action in which you (playing as Daryl) creep through one zombie-infested town after another in search of whatever medicine or car part you need in order to make it to Atlanta. Each mission tends to involve you running into one of the few survivors left in a particular town. These survivors then ask you to go retrieve something in exchange for giving you precisely what it is that you need. If there was ever a game composed entirely of fetch quests, this is it.

There's an initial focus on moving both swiftly and silently: too much noise draws the attention of walkers, but lingering around for any length of time allows them to sniff you out. Or at least that's how it goes early on. You eventually realize that these zombies are so utterly feckless and predictable that each mission becomes less of a stealthy crawl and more of a routine trudge. Sneak up on zombies, and they can be instantly executed with a knife to the back of the head. Make too much noise, and you simply shove them back and go for the brain uncontested. If they happen to get their hands on you, the game triggers a quick-time event that allows you to kill them almost instantly. Each choice can be exploited to your heart's content, resulting in an unsatisfying lack of fear or tension. It's not so much a zombie apocalypse as it is a zombie inconvenience.

Early on, you at least have to make do with improvised weapons like hammers and machetes that force you to hack away at walkers before they fall cold and limp to the ground. There are also basic firearms, which you can use only sparingly thanks to limited ammo and the fact that each shot produces enough sound to wake the neighborhood--one of the more clever touches in the game. Halfway through the campaign, however, you hit a point at which the weapon selection renders an already dead-simple combat system almost entirely devoid of challenge.

The main offenders are the crossbow and the fire axe: the former allows you to take silent headshots from afar and retrieve your ammo, while the latter lets you instantly lop off a walker's head (which, in fairness, is actually a lot of fun--this game does viscera rather well). Combine this arsenal with easily exploitable zombie behavior, and you can absolutely steamroll your way through the entire second half of the game. What should be a terrifying exercise in survival is instead a protracted game of Whac-A-Mole, only with more blood and exposed brain tissue.

One of the truly maddening things about the game is that there are some genuinely interesting ideas floating on the periphery that could have made for a novel experience if there were any real undercurrent of tension to make you care about them. One example is the way you look at a map and choose which route to navigate between missions. Take the highway, and you conserve fuel, but you don't have much chance to find an untouched residential area to search for supplies. Take the winding back roads, and it's just the opposite: you burn through fuel, but you can often find a treasure trove of health items, ammo, and other resources.

The problem is that every zombie in the game is so innocuous that you quickly reach a point where you cease caring about any resources. It's the same issue with the survivor system, a mechanic that lets you recruit followers that you can send out on missions to scavenge supplies while you're busy with your own work. These are concepts that could have added a novel layer of strategy to the first-person action, but they wind up feeling like a chore considering you're more or less the Rambo of the zombie apocalypse.

For a game that bears the word "survival" in its title, there's nothing life-threatening about this journey through the Georgia countryside. It's too bad, because this isn't a game without strengths. Some of the melee weapons can be really satisfying to use, and there are some clever ideas about how people would manage the logistics of a road trip during a zombie apocalypse. But the whole thing is just so dull and tedious that it captures all the worst qualities of a road trip, but none of the exciting ones.

View Comments (17)
Back To Top
4
Poor
About GameSpot Reviews 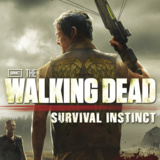 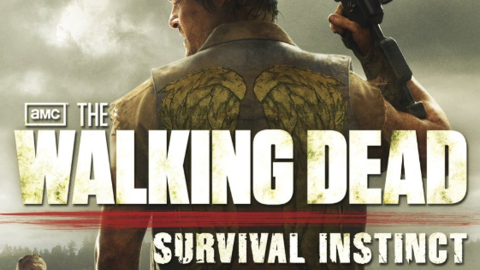 The Walking Dead: Survival Instinct is a do-whatever-you-need-to-survive first-person action game based on AMC's Emmy Award-winning TV series. The game follows the survivor Daryl Dixon and his overbearing brother Merle on a haunting, unforgiving journey across the Georgia countryside.

4.9
Sign In to rate The Walking Dead: Survival Instinct