The Walking Dead series shambles to a brief but moving conclusion that doesn't quite live up to the gruesome brilliance of earlier chapters.

It may have started with a hungry growl, but The Walking Dead adventure game series goes out with a soft groan in No Time Left. The fifth and final episode in the adventure franchise based on the Robert Kirkman-created graphic novels closes off the saga of Lee Everett and friends with a tearjerker of a conclusion that is suitably gloomy and moving, if not entirely satisfying when compared to the gory brilliance of the preceding chapters. The story veered off track in the last episode, losing a fair bit of steam after the introduction of an offputting new plot device--and the whole thing comes to a halt in this brief final act that lacks the devastating impact of the earlier episodes, despite more than a few heartbreaking moments. (Note: The following text includes information that could be considered minor spoilers for The Walking Dead series.)

No Time Left picks up where its predecessor, Around Every Corner, left off. Episode four ended with the ragtag gang of zombie apocalypse survivors stuck in Savannah, Georgia, after the notion of securing a boat and heading out to the undead-free high seas didn't work out as planned. Plucky ragamuffin Clementine is still missing, the victim of an abduction that concluded the preceding episode.

The abduction still feels tacked on, a phony way to take things back to the beginning when it was just Lee and Clem on their own. The plot has moved off on a tangent, with a new villain and a corny chase for a missing child that is miles removed from the brutal focus on survival that made the first three episodes so engrossing. The narrative flow feels forced. Too many core characters have died, and it feels like the game is being brought to a close largely because this is the final episode, not because the story is coming to a natural ending.

Aspects of No Time Left also play fast and loose with the premise that the game responds to your actions, although the game varies enough based on how you play that you may or may not see any given inconsistency. At the start of play, for instance, you head out after Clementine with a buddy or four, depending on how good you've been getting along with everyone. But after some quick scenes, you might wind up back at square one, and a group that may have just told you to get lost could immediately offers to pitch in and help find your little buddy.

Personalities and motivations can be thrown out the window, depending on the course you pursue. A previously selfish Kenny might suddenly grow a conscience, forgiving a fellow survivor for kicking off a tragic chain of events, and then risk his life to play hero. Yet the scenario might be much more organic should you have taken a different path in previous episodes. In that case, Kenny's motivations are a much more realistic blend of tough-guy bravado and self-importance, which is consistent with how he's behaved throughout the series. You might also witness some touching moments with Kenny when he finally must confront his own selfishness. Some of these conversations also flesh out the characters of Omid and Christa, who were previously as dull as dishwater.

Everything moves at a frenetic pace. You can zip through this episode in little more than an hour or so, less time than it takes to complete any previous episode. Part of the speed comes from the lack of challenge in the quick-choice combat and button-mashing action sequences. Nothing should require more than a single attempt, save a fight near the end of the game with a gun-wielding nutcase.

There isn't a great deal to look at or listen to, either. Visuals are limited, mainly because most of the game takes place in just a few rooms and on a couple of narrow streets crowded with zombies. The game does a great job of making you feel hemmed in by undead, though. Crowds of the shambling stinkers pack the streets, alleys, and homes of Savannah. You can always hear them groaning away, and even when you are safely indoors, they are sometimes visible right outside, shuffling past windows as an ever-present threat. The Xbox 360 edition suffers once again from a murky color palette (though this problem is less drastic than before), and the PS3 version gets occasionally choppy, but the production values are largely identical across platforms.

Dialogue might be somewhat restricted, largely due to the ever-shrinking supporting cast, though you may still experience moving, in-depth conversations depending on the composition of your group. The conversations that you do have seem to have been speeded up. Less time is available to choose answers, because you're hustling for reasons that are clear if you played episode four. There are some great moments in the script, however, particularly a gruesome surgical sequence that recalls events from the graphic novel.

The voice acting also remains superb. The acting and dialogue are better here than in the last couple of episodes, in spite of the inconsistent characterizations. Characters get along better here than they did earlier, and there is more depth and nuance to their lines. This is especially true with Kenny, who is much more rational now in comparison with the whining caricature of the last two episodes. Omid and Christa share more of the spotlight during the search for Clem, too, which makes them finally seem like worthwhile additions to the cast.

The finale makes an attempt to tie the game's villain to earlier events, but the explanations aren't solid enough to make his actions plausible. The character feels like a deus ex machina figure plopped in to assess Lee's failings as a human being and look back at the whole bloody mess that has unfolded since the dead woke up absolutely starving. This angle was awkwardly shoehorned in as a big surprise at the end of episode three and never properly integrated into the plot, which was previously doing just fine by concentrating on evading zombies and finding an escape route via sailing away from Savannah. The villain is creepy, at least, and a nifty scene following the credits brings everything to a suitably uncertain conclusion that is either heartwarming or downright spooky. Either way, the stage is aptly set for a second series.

No Time Left provides a fulfilling sense of closure to this first series of Walking Dead episodes, even while it strays from the story and characters that were developed in the earlier episodes. After starting strongly with three fantastic chapters, the plot got derailed once the group reached Savannah in episode four and never fully regained its momentum. Still, the complete package of five episodes forms a great adventure when looked at in its entirety. The whole game features memorable characters, countless scenes packing big emotional wallops, and plenty of grisly gross-out horror, so it has to be highly recommended despite a few stumbles near the finish line.

Other Takes on The Walking Dead: A Telltale Games Series

Shaun McInnis is a veteran of the zombie apocalypse and Telltale's The Walking Dead ranks as one of his all-time favorites in the genre. He would prefer to pretend that The Walking Dead: Survival Instinct never existed.
Read Review 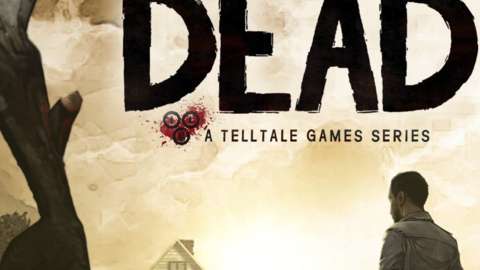