The New Frontier season of Telltale's The Walking Dead is wrapping up the way that it began, with more Garcia family strife than zombie action in the penultimate episode. Thicker Than Water plays up the soap-opera dynamics that have long been as big a part of the franchise as the brain-munching gore, making for a more satisfying episode than its snoozy predecessor. Fireworks explode in the relationship between leading man Javier Garcia and his brother David, who finally figures out that his estranged wife Kate might just have feelings for her brother-in-law. Tensions bring Richmond to the edge of a full-blown revolt. And a cliffhanger conclusion sets everything up for an intense finale when the last episode of the season arrives later this spring.

Still, A New Frontier continues to play out in a more formulaic fashion than other seasons of Telltale's take on The Walking Dead. Thicker Than Water follows the same path of the preceding episodes, opening up with a blast from the past featuring yet another vignette starring the dysfunctional Garcia family. This time, the introductory flashback relives an afternoon with Javy and David at an amusement park's batting cages. It's hard to say what this scene is even supposed to accomplish: While past flashbacks took us to key moments like the Garcias experiencing the onset of the zombie apocalypse, this one tells us yet again that Javy and David hate each other and that David isn't getting along with his wife. We get some new information here about David planning to re-enlist with the army and leave Kate and the kids, but other than that, this kind of second-verse, same-as-the-first moment seems unnecessary.

The overall plot is also fairly predictable, but at least A New Frontier's narrative is finally chugging forward again after Episode Three put on the brakes. Here, secrets burst out of the closet at a steady pace, unraveling the uneasy alliances that have been central to the season. The episode features some real "duh” moments, but the dialogue and voice acting are handled so well that you can't help but go along for the ride. And as usual with Telltale games, the episode includes some key moments where your choices can make the story go in various directions and leave different corpses on the floor. But here, it seems only right that Javy winds up with Kate, which makes the story feel a touch predetermined.

Action is also once again in short supply. Although Thicker Than Water offers some intriguing conversational choices, their impact is somewhat muted through most of the game--reactions are mostly limited to "so-and-so will remember that” alerts. Selections only become truly meaningful toward the conclusion, when you're presented with life-or-death scenarios that up the stakes. One moment, you're talking to Clementine about the challenges of puberty. The next, you're deciding who lives and who dies during a makeshift execution. It all sounds somewhat ludicrous spelled out like that, but these varying situations seem like a realistic look at how much everything would change--from mundane moments with maxi pads to insane situations where you're asked to decide who gets shot in the head--after the collapse of civilization.

Yet even without much action, you're on the edge of your seat through the entire second half of the episode. Things go from bad to worse in Richmond really fast. Establishing a mood of utter dread--even when things seem to be going well--is one of the things that Telltale always does extremely well, and this dramatic touch is on display through the final showdown with Joan's Richmond junta. A feeling of despair is also present courtesy of an incredibly bleak scene with Dr. Lingard that contrasts perfectly with Clementine's desire to keep fighting for life in this apocalyptic wasteland.

Some interaction opportunities aren't fully taken advantage of, though. When Javy and David are taking their cuts at the batting cages, there's no way to actually hit a ball. All you can do is select whether to swing and miss to make David feel better or crush the ball and mock him for not being much of an athlete. And later on, when Javy has to hotwire a truck, all you do is push buttons to strip and connect the wires. Stripped of any real challenge, this is a forgettable "click-click-vroom” sequence with no dramatic tension.

Walkers barely make an appearance here. They're an ominous presence throughout the episode, as a horde has surrounded Richmond and made it impossible for anyone to leave the walled settlement. But aside from a brief combat sequence and zombie hands reaching eerily through a broken wooden fence, the undead are mostly missing in action.

Thicker Than Water continues to move things toward what will inevitably be a bloody conclusion in the next episode. This New Frontier season has been a little on the formulaic, predictable side and somewhat lacking when it comes to interactivity and zombie-biting action. In some ways, the episodic structure of this season has proven to be something of a drawback, as the slower sections would likely not have seemed so pronounced as part of a single eight- or nine-hour game. But the superb quality of the scripting and acting continues to deliver the dread and despair that have become Walking Dead staples, making it hard to wait and see what happens to Javy and friends in the next episode. 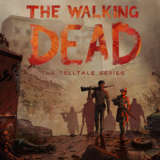 The Walking Dead: The Telltale Series - A New Frontier
Follow
$13.50 on Walmart
Buy

Two more hours with Javy, David, Kate, and the rest of the dysfunctional gang helped Brett review Thicker Than Water. GameSpot was provided with a complimentary copy of the game for the purpose of this review. 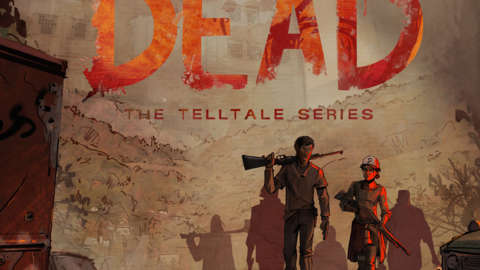 The Walking Dead: The Telltale Series - A New Frontier

The Walking Dead : Season Three has players play as both Javier and Clementine.

7.8
Sign In to rate The Walking Dead: The Telltale Series - A New Frontier