Eye-catching visuals, a dynamic score, and a variety of puzzles make it easy to lose yourself in this magical world.

The UnderGarden must be what it's like to peer into the dreaming mind of a botanist. An alienlike being serves as your pollen-powered protagonist, giving you the luxury of ignoring the rules of reality that actual plants must adhere to. Instead, you breathe life into the subterranean mazes that you float through, causing flowers to burst forth from dormant seeds, transforming your surroundings into a cornucopia of beautiful foliage. It's an empowering experience that simultaneously mixes the joy of creation with a relaxing calm that permeates the atmosphere. It's easy to lose yourself in this peaceful world, watching flowers grow while the dynamic music washes over you, but this experience goes much further than its simple opening would lead you to believe. What starts as an easygoing ride through an enchanted land slowly shifts into a clever puzzle game, ensuring the net of boredom never catches you. Jarring camera shifts and utilitarian controls attempt to wake you from this soothing slumber, but The UnderGarden is able to glide past these issues to provide a calming escape from reality.

There's no narrative linking the events in The UnderGarden together. You play as a mysterious creature with a penchant for flower breeding that would make your fellow gardeners green with envy. Pollen is where your power lies, and you collect this life-giving element by bumping into toadstools sprinkled sporadically throughout the labyrinthine levels. Once packed with pollen, you cause flowers to erupt around you by drifting past unsprouted seeds. You can move easily through the world in any direction, and you have a handy speed burst if you just can't wait to make flowers bloom. There's no way to die, nor is there a time limit rushing you along. In fact, there's only one tangible goal, and it doesn't even involve flowers. You simply have to make your way to the magic portal at the end of each stage. Without objectives or a punishment system distracting you from this dreamlike world, you can play The UnderGarden at your own pace, and with your own goals in mind.

Even though you don't have to pollinate every seed, you'll be compelled to do so because of the gorgeous visual design. A feeling of unabashed pleasure encompasses your botanical duties. Seeing the walls, ceilings, and floors explode in a rainbow of colors is a sight to behold, which pushes you to make sure every seed matures before you move on to the next part of the level. This visual beauty is linked seamlessly with a dynamic musical score that changes on the fly. Ambient sounds provide the backdrop for each level, but there are small creatures called musicians that you meet along the way that add their own personality to the music. These little beings come equipped with an instrument--guitar, bass, or drums, among others--and they jam away, oblivious to their surroundings. You have to carry them around with you if you want their companionship, and like the flowers you create, they're entirely optional. But the music they create is so captivating that you'll be hard pressed to leave them behind. The aesthetic pleasures in The UnderGarden are hard to ignore.

The first few levels are little more than a relaxing tour of the audio and visual delights that await you, but once you understand the basics, things become a lot more interesting. To make your way through these expansive levels, you have to solve environmental puzzles blocking your path. These come in a variety of forms. Some of them require special fruits that only certain trees produce. Initially, you have to collect seeds to weigh down buttons, but more diverse objectives are introduced as you get deeper into the game. For instance, luminescent seeds allow you to travel through dark places, explosive seeds destroy rock formations, and electrical seeds trigger doors. The puzzles that go along with these seeds start out easy enough, but you soon have to make clever use of powerful bombs or solve multistep puzzles using the conductive properties of electrical seeds. There are also mechanical puzzles that require you to turn cranks and you encounter air tunnels that aren't easy to navigate. The cerebral challenges mesh wonderfully with the aesthetic beauty, giving you plenty of tasks to complete while you enjoy the view.

The core elements in The UnderGarden mix together well, which makes the utilitarian controls all the more baffling. Floating around these peaceful worlds works all right, but there's no joy to your movement. It's stiff and sluggish, and although you rarely have to fight to go where you want, it gets the job done without any flair. The UnderGarden is such a gorgeous world to visit that it's a shame the controls aren't able to match the other parts of this joyful experience. Furthermore, trouble surfaces as you get deeper into the game. When you grab on to seeds or the musicians, a tether is formed between your body and theirs, and it's far too easy to get caught on surfaces when you're carrying a load behind you. Sharp camera shifts also act like a slap to the face. The camera zooms in and out of its own accord, but there are times when its sudden shift serves as a detriment. It's not easy to see specific elements when the camera is zoomed out too far, and its unpredictable whims strip away the relaxing embrace of certain sections.

It shouldn't take much longer than five hours to play through the 15 levels in The UnderGarden, but it's worth going back for more. There are hidden gems and special flowers in each world, and you get a bonus for collecting every musician and causing every flower to bloom. But the real reason to replay levels is the engrossing atmosphere. The gorgeous visual design and enthralling score create a peaceful feeling that's difficult to pull away from even after you've seen everything this game has to offer. You can also play through the whole adventure cooperatively, and though it doesn't change the gameplay, it's fun to experience these worlds with someone else. It's a shame the controls can't match the joy exuded by the other elements, and the camera too often has a mind of its own, but these are small problems in a game overflowing with simple pleasures. 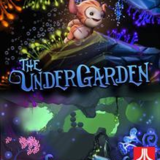 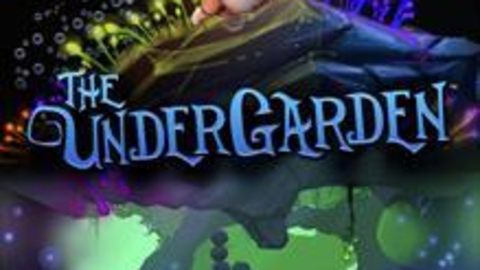 The UnderGarden is a puzzle exploration experience for gamers who have an affinity for solving new-style puzzles.