The original Doom, in this almost final version that includes a never-released episode called Thy Flesh Consumed, will go down as one of the biggest computer game hits of all time. With the release of Wolfenstein 3-D, purists might set the clock ticking on 3-D action games, but Doom went farther and faster, and with much more fury.

Almost everything about this game was different from what had come before. The bloody action rivaled games like Mortal Kombat, and in many ways surpassed them with its high compulsion factor. Sleepless nights and raves around the water cooler became the sign of the hopeless Doom addict.

And the way the game was sold—we played the first episode free, then registered to pay for the chilling conclusion—proved that companies didn't need million-dollar marketing campaigns. Since then, many games have used this technique, from the popular puzzler Zoop to the robo-combat-flier Descent.

Even now, The Ultimate Doom remains ultimately playable, thanks in large part to the original design that allowed hackers to program their own levels. Doom isn't just a game, it's an environment. I can remember talking with a gearhead buddy of mine, discussing the use of the Doom engine as an operating environment for the office. “Yeah, I've got those third-quarter figures for you in an Excel spreadsheet,” you might e-mail a colleague. “You'll find it in the basement, next to the Baron of Hell. See you at the meeting.”

While Doom kept most of us awake far past midnight, it was the game's multi-player fight-to-the death Deathmatch mode that made it the bane of offices worldwide. The Ultimate Doom, with its new episode, is still worth a trip to Hell. 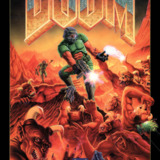 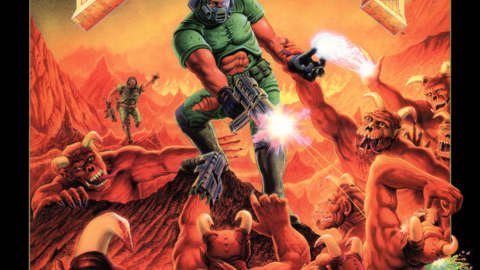