Get your butt to Mars. Maybe.

The studio Spiders has long been to Bioware what the SyFy Channel is to Hollywood: it takes a popular big-budget concept and creates an eager but far less grandiose adaptation. All of this remains true of its latest game, The Technomancer. It could be seen as a kind of prequel to an earlier Spiders game, Mars: War Logs. The Technomancer takes place on a colonized Mars, where corporations vie for control against a seedy, crime-filled background. Players take the role of one particular Technomancer--an elite agent with magic-like electricity-based powers--on a quest to discover the secrets of a grand conspiracy. The game is more Total Recall than Mass Effect, but is clearly inspired by Bioware RPGs and CD Projekt Red's Witcher games.

There is a lot to do in The Technomancer. There’s an in-depth crafting system wherein you can create new weapons, armor, and items, and then create modifications for each item to increase their power and usefulness. There are multiple fighting styles, each with its own skill tree, which allow for a wide selection of combat strategies. There’s a morality system, lots of missions, and an large variety of locations to explore. Indeed, everything--on paper, at least--points to an expansive, if not terribly original Western role-playing experience. There's a lot of activities at your fingertips, but options alone can't save The Technomancer. The problem is simple: the game does a lot of things all at once, just none of them particularly well.

Combat allows for a lot of variety, but pacing is haphazard. You have the option to switch between a staff, shield, and single-handed weapon, or the rogue-based dagger and gun. You can also unleash brilliant blue electrical hell on opponents. Unfortunately, in a game where fighting off multiple opponents at once is the norm, combat just never feels smooth or intuitive. Controls are jerky with almost no subtlety of motion, and overstepping targets happens far too often, leading to missed attacks and frustration. The concept of simply “knocking” enemies out after bashing, stabbing, and electrifying them is especially out of whack.

Unlike Spiders’ previous game, Bound by Flame, you can only play as a single male character. The game allows you to customize his look, but it feels like a cheap omission to not allow more variety in how you shape your Technomancer. Though you aren't technically alone on Mars you might as well be. Enemy AI is barebones, exhibiting some decent pathfinding, but enemies mostly just stand around mindlessly attacking. Sadly, ally AI is even worse. They seldom manage to take an enemy down on their own, even when given better gear. At best, they are useful for briefly distracting opponents when you get mobbed, but even then, it’s hit-and-miss.

Likewise, the game's presentation is all over the place. Some of the creature bosses look terrific. There are occasional impressive vistas and other sights to see, but close-ups of characters are strangely creepy and reminiscent of pre-Skyrim Elder Scrolls games.

Dialogue and voice acting are frequently awkward, characters are generally stiff in both appearance and behavior, and the morality system really comes down to whether you choose to outright kill defeated (human) opponents or knock them out; nobody bats an eye when you kill creatures and suck up their essence--which acts as a form of currency on Mars.

There’s a lot to nitpick about in The Technomancer, but the game also fills a specific niche. This is the B-list version of a big budget RPG. It’s almost inspiring how plucky Spiders is in its execution of The Technomancer. It's clearly trying to emulate the range of worlds and playstyles of games like The Witcher 3 and Dragon Age in a sci-fi setting, but isn't quite up to the task. It’s buggy, flawed, and, frankly, kind of cheap. This is absolutely a SyFy Channel-grade RPG, with all that implies. Is the Technomancer a good game? Maybe not, but it still manages to have a decided measure of charm anyway. 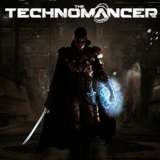 Jason D’Aprile walked across Mars numerous times--boosting his electrical staff skills, locating missing people, delivering messages, and stomping on bugs--over the course of 10 hours. GameSpot was provided with a complimentary copy of the game for the purpose of this review. 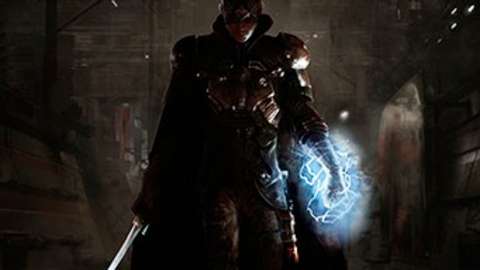 The Technomancer is a post-apocalyptic RPG set in a cyberpunk world for PlayStation 4, Xbox One and PC set on Mars during the War of Water, where an aspiring Technomancer faces a myriad of questions as his future grows threatened by the secrets of his past.