Curt and dismissive as it may sound, The Surge is a Dark Souls clone to the core, but it's also the best kind--one that uses From Software's tried-and-true foundation as a launch pad for new ideas. Not everything hits, but The Surge works far more often than it doesn't, and what it does change is mostly better executed here than in its forebears. Deck 13 has crafted a satisfying adventure that breathes new life into a flooded sub-genre.

The Surge's story is about as unnerving as they come. The world's fallen to pieces, in part because mega-corporations have failed as stewards of the earth. Not to worry, though, as they also offer the cure. You play as Warren, a paraplegic looking for work with CREO--a medical device company. In the opening moments, you register for implants that could cure you, but will require you to work for CREO using a snazzy new exoskeleton. It gives you boosted strength and speed, and of course helps you walk again, but as payment CREO more or less takes your soul. But it gets darker.

As soon as you start up the procedure, you're chemically paralyzed, but not anesthetized. As machines hack and drill into your flesh and bone, you feel every excruciating second--haunting screams bellow out of the speakers as you watch bots cut into Warren. Then, you're dumped out into the wasteland just outside the facility, discarded as a failure. Now, you fight to survive, because what else is there to do?

Surge doesn't really do much with its story that hasn't been tread a thousand times in everything from Soylent Green to Deus Ex; Big companies are bad and we probably shouldn't let them muck with our biology. What it does do well is pace the game out and establish a sinister tone. While Souls-based games tend towards more Lovecraftian themes, Surge goes all-in and blends the fear of technology run amok with body horror in some inventive ways. Plus, it's less about tackling massive beasts and ruling powers of the world and more just trying to survive one helluva bad day. Thematically, that puts it closer to Dead Space, and that lends itself to an even slower, more intentional pace than its inspirations.

By and large you'll be squaring off against other discarded folks like yourself, and their suits just don't work quite right. Arms will twitch, and they'll lumber and lunge all over--it's stark and eerie. Plus, that aesthetic foundation dovetails into excellent addendums to the core Souls formula. The game is hard, you lose your stuff when you die and you have to go get it back--none of that has changed--but combat has a very different pacing to it. Blocking is much rarer, and instead of slashing at foes when you have an opening, you now have to pick out weak points on their body.

Most enemies will have some form of armor or protection, meaning that you'll first need to lock-on, and then hack away to create openings. A much greater emphasis has been placed on interrupting enemy attacks by targeting weak points. Slicing an unarmored leg will stagger enemies and interrupt their assault--the best defense here is a hawkish offense.

You're not nimble, and without a shield or too many other means of avoiding damage, you're encouraged not to just find openings to attack, but to create the specific openings you need. You might need to club someone's leg to bring them down, but if they move just so, it'll be hard to get close. The puzzle then becomes maneuvering so that you can strike effectively. This has the added bonus, of course, of making most encounters feel distinct. You'll see the same animations and movement patterns over and over again, but different weak points and different weapons add enough variety to keep Surge from feeling too repetitive.

Not all is well, though. While Surge definitely impresses with its creative melding of tone and play, it does lead to a lot of awkward controls. Souls games are convoluted enough, with a button for just about everything. But the need to target different body parts and weaknesses here, as well as the practical requirement of locking on, means that you'll occasionally die while trying to fiddle with the targeting reticle. Even with plenty of play-time, it's tough to get used to. And it doesn't stop there.

Jumping always has to be done from a run, and there's just enough platforming throughout to make this awkward process a nuisance. Imagine being on a ledge with no guard rails, and having to leap to a higher platform from a running start. Often enough you'll start running and fall right off. Warren has a momentum to him that keeps his controls always feeling a bit loose. That's fine for most, and in step with the rest of the subgenre--especially since it elevates the intentionality of action--but when that bit bumps up against some of Surge's other changes, it's clumsy to say the least.

But, there's a host of other features and additions that keep Surge exciting enough that it's worth it to push on in spite of those frustrations. For example, implants and other add-ons slot into your exo suit and add a host of new abilities and techniques. You use most of them by building up energy with a series of successive hits, before pulling off a flashy finisher. It's simple enough, but when mixed with the targeting system and general flow of combat keeps the game feeling brisk and aggressive--despite its clunky movement.

Surge is far from perfect, but none of its problems are deal breakers. They're minor bumps that come from an otherwise inventive, exciting new entry in a packed sub-genre. It bucks the trend towards creative bankruptcy, adopting some fresh ideas and layering those together with aesthetics, tone, and play to create an inspired adventure. 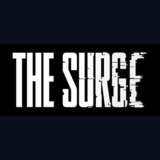 Starkey's played every major Souls game, as well their many spin-offs and inspirations. After spending some time with Lords of the Fallen, he didn’t have high hopes for Surge, but he was pleasantly surprised. He received a complimentary review copy from the publisher. 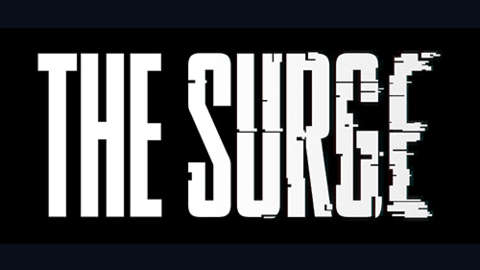 Man and machine don't always get along in this action RPG from Deck13, the creators of Lords of the Fallen.