A mountain of badness.

In the fall of 1945, in the pages of the New Yorker, Edmund Wilson lambasted H.P. Lovecraft as a peddler of "hack-work" who was, in short, "not a good writer." His most cutting (and famous) remark has dogged the author's legacy since: "The only real horror in most of these fictions," Wilson quipped, "is the horror of bad taste and bad art." I was reminded of the quote as I played The Sinking City, a supernatural-horror mystery game inspired by Lovecraft's fiction. Faced with this game's crude visuals, monotonous storytelling, and graceless mechanics, I knew exactly how Wilson felt.

The Sinking City is a pastiche of Lovecraft lore that draws heavily on the characters, settings, and themes of some of his most celebrated stories. The game especially draws from "The Shadow Over Innsmouth," about a young man's perilous visit to a mysterious port town on the coast of New England overrun by a race of fish-people. You are Charles Reed, a shell-shocked veteran turned sullen private investigator, newly arrived in the fictitious town of Oakmont, Massachusetts to learn more about the disturbing visions that have been troubling you since the war. The town, however, is beset by its own eerie problems, and naturally you are tasked, the moment you step foot in the place, to solve these and others as you look to uncover the truth.

From the outset, the game presumes a lot of interest in Oakmont and the various political machinations of its inhabitants. You'll hear all about warring families, fraught racial tensions between factions of mutated denizens, long-vanished naval expeditions, unexplained natural disasters, plundered historical artifacts, arcane regional dialects, infestations of deadly critters from the sea, and a whole suite of murders, extortions, mutilations, and conspiracies--and that's all just in the first two missions. This information is conveyed in long, dull expository monologues and conversations that are entirely one-sided and feel endless. These interminable data-dumps are grueling to click through and are the primary means of proceeding through your investigations. The order in which you choose to ask questions is irrelevant, and there's nothing you can do to alter or vary these talks at all.

Your missions are a series of convoluted, interconnected cases, a bit like LA Noire, in which evidence must be gathered, suspects must be "interrogated" (that is, listened to), and conclusions must be drawn. These moments are punctuated by rudimentary moral dilemmas, such as whether a perpetrator ought to face justice or be allowed to walk free in light of extenuating circumstances. The length of these missions is irritatingly protracted by how far apart relevant clues, characters, and other mandatory waypoints tend to be from one another, as well as by backtracking, repetitive searching, and an overall lack of clarity about where you need to go next and what you're meant to do there. Oakmont is an open world, and it is enormous--way too huge, plainly, for how little one section is differentiated from another and how little there is in it worth seeing.

By contrast, there is a frankly huge number of game mechanics--so many that the tutorial is mapped to one of the controller keys. One of the game's more unwieldy features is the "Mind Palace," which takes the form of an ungainly submenu cluttered with information collected from clues retrieved and interviews conducted during a mission. You have to combine different pieces of information with related facts, which in my experience was achieved mainly by sticking them together at random until I found two that fit. By connecting the pieces successfully, you create inferences, which can then be connected to reach conclusions. It's simplistic, vague, and a poor approximation of the process of solving a real mystery.

Some of this information must be unearthed from archives, which can be found in various places around town, such as the newspaper office and the hospital. Searching the archive for info about a particular event or incident involves selecting search criteria from among different categories, including the period of time, people involved, and location, based on your best guess of what might be relevant to the matter at hand. For example, if you want to learn about an expedition to discover the origin of an outbreak of mass hysteria, you can narrow your search to when the expedition took place and from which port the ship embarked. None of this info is visualized or actually browsable in any meaningful way, and the archives are as robust as a bill of fare. Like so much in this game, it seems designed to give you something to do, but it feels like busywork, with no clear purpose.

Your hero has certain supernatural powers, and from time to time you must avail yourself of them in the course of an investigation. You can use "retrocognition" to witness a glimpse of the past--a blurry, blue-tinted silhouette of whatever event happens to be on your itinerary--and, if you can correctly guess the order of these past events chronologically, you'll find out some revelation about the case at hand. Another power works as a kind of Batman: Arkham-style Detective Mode, allowing you to see things that aren't visible to the naked eye; yet another allows you to accept guidance from ghostly figures, who will kindly point you in the right direction. None of these powers make for dynamic gameplay, and aesthetically they tend to be lumpy, lurid, and goofy. Your supernatural gifts mostly amount to a lot of shimmering gelatinous blurs.

And there's more. You can drive a motorboat, clumsily--the boat turns slowly and gets stuck on junk all the time. There's a very simplistic, entirely pointless crafting system, which seems to follow no logic at all--coil springs and alcohol can be combined to craft a health kit, even though just finding health kits lying around would surely do. You have a camera, for reasons that were not quite clear to me, and you can take pictures of things. There is a meter that tracks your sanity, which falls if you spend too much time around monsters--though it only makes your vision a bit blurry.

This drab, lifeless town lacks any of the slow-burn dread or looming menace of the towns in Lovecraft's stories. Wandering through, you might encounter small spider-like creatures, called Wylebeasts, which you can dispatch by negotiating the awkward, clunky combat system to execute a pistol or melee attack. Or you might encounter a more formidable foe: loading screens, which are even more treacherous. The game loads if you walk into a building. It loads if you prompt a cutscene or chat with a passerby. It loads if you walk too fast and see more of this unsightly town than it can handle revealing to you. Between missions, or after dying, these loading screens can last several minutes, after which a message to "press any button to continue" appears rather unobtrusively.

There's tension in Lovecraft's fiction between the terrifying and the absurd, and of course tales of fish-people and nefarious amphibian monsters are bound to at least verge on the ridiculous. The Sinking City has a tenuous control of tone; it frequently seems less nightmarish than farcical. Grim encounters with the darkly macabre, depicted without the requisite gravitas, elicit laughter rather than fear, and ironically the game's stern humorlessness makes it all the harder to take seriously. Finding the fresh corpse of a local sailor with a pair of axes buried in his chest, your hero simply muses, "You've got to be out of your head to do this to a man," delivered with roughly the feeling of a mundane answering machine message. These sights ought to be harrowing. Instead, they're just flat--or worse, silly.

The Sinking City has a tenuous control of tone; it frequently seems less nightmarish than farcical.

The Sinking City's problems aren't only technical, but conceptual. It's one thing to clip through objects that are meant to be impassable; it's another to feel, when the game seems to be working, that its design is inelegant, or that its writing lacks wit. Despite the outrageously long conversations you're asked to endure, characterizations are paper thin--what's said conveys plot but expresses no psychological shading. A brewing conflict between different species of human-animal hybrids, while containing some of the overtones of allegorical prejudice found in The Shadow Over Innsmouth, shys from engaging seriously with Lovecraft's noted racism.

It's hard to resent a game as unapologetically dweeby as The Sinking City. It's an old-fashioned, bookish mystery rooted in the mythology and mysteries of a pulpy, cult-favorite mid-century American novelist--an effort not without charm, to be sure. But no matter how fond your affection for H.P. Lovecraft and the idea of a wide-eyed, slow-burn literary adventure, the poor design, cliched writing, and lumbering pace make this far more tedious than delightful, let alone unsettling or terrifying.

View Comments (176)
Back To Top
3
Bad
About GameSpot Reviews 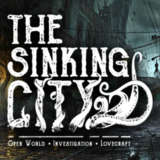 Calum Marsh played a dozen or so hours of the Sinking City on PS4, including a sizable portion spent waiting out loading screens. A code was provided by the publisher for review.