By now, The Sims doesn't need much of an introduction, especially considering the fact that since its original release in 2000 for the PC, it has reportedly become the best-selling computer game in history. Maxis' innovative game about controlling the lives of little computer people took everyone by surprise because it was so very different from everything else at the time. The open-ended game let players create entire families of people, or "sims," and take control of their lives or simply sit back and watch them interact with each other. Now The Sims has made the jump from computers to the PlayStation 2, complete with a new 3D engine and new single-player and multiplayer modes.

The PS2 game makes solid additions and a few improvements to The Sims' basic gameplay--but that gameplay has aged. If you've never played The Sims before, you may find your sims' social interactions and independent behavior interesting, just as you may find their shortcomings frustrating. If you have played The Sims before, you'll probably find some challenge in the new single-player "get a life" mode, and you may enjoy the multiplayer modes for a while, but you'll ultimately find that The Sims for the PS2 plays a lot like the same game that's been around for three years and counting.

The first time you put The Sims into your PlayStation 2, you'll have access to only one play mode: the new mission-based "get a life" single-player mode. This mode both serves as a decent tutorial and offers a fairly challenging set of seven different missions that will take several hours to complete. In it, you'll become acquainted with the game's control setup, your sims' independent behavior, and their need to eat, sleep, and use the bathroom (also known as "motives"). Basically, you'll need to complete several goals, such as using the buy and build modes to improve your current home or making new friends. However, you're prevented from completing these interesting objectives immediately by the fact that your sim is required to spend a great deal of time performing mandatory activities like going to work or refilling its motives. While the "get a life" mode provides an interesting, structured way in which to play The Sims, you'll probably find that having to constantly drop everything to let your sim take a bathroom break or a long nap is disruptive and ultimately frustrating.

Fortunately, this mode is only part of what The Sims has to offer, since the "get a life" mode lets you unlock hidden bonuses like additional furniture for your houses and different play modes, including the traditional game of The Sims. In it, you create a virtual household of one or more sims, buy a house (or an empty lot, which you can fill with furnishings of your choice), move in, and go about your daily lives. This is the core of The Sims, and if you've never played the game, you may find it extremely intriguing, since you can create sims of varying appearances and personality types and then watch how they interact with their housemates and their neighbors. The Sims has a great variety of different objects for your household, and your sims can take up jobs, build up skill points that make them better employees or better homemakers, and establish friendships and rivalries with their neighbors. Furthermore, you may also find some enjoyment in building and laying out houses with different wallpaper, carpets, and furniture; The Sims features plenty of different objects to fill your houses with, including objects from the original PC game and its early expansion packs.

Then again, if you've never played The Sims, you may find your sims' constant need to refill their motives and their somewhat problematic behavior frustrating. You can issue a series of orders to your sims, but if they get distracted, they'll simply forget them all and stand stock-still--and many times, they'll pause briefly before following any kind of order, just like in the original PC game. The PS2 game actually has an option that lets you disable "free will" so your sims will stop acting independently and give you more control over their actions, but this is a mixed blessing, since they can just as easily end up collapsing from exhaustion because you've inadvertently pushed them too hard. However, if you've played The Sims before, you'll probably appreciate the way the game intelligently uses every part of the PlayStation 2 controller to access the different menus that keep track of your sims' motives, skills, and relationships. You'll also appreciate the fact that the PS2 version of The Sims is a fully 3D game with a fully 3D camera that zooms, scrolls, and rotates freely--a considerable improvement on the sluggish camera in the PC version of The Sims.

In addition to the standard play mode and the "get a life" mode, The Sims has two different multiplayer modes that let players play cooperatively and competitively. The competitive multiplayer is pretty simplistic and not terribly entertaining--it plays out on a split screen and challenges opposing players to do things like pick up trash faster than each other or cook faster than each other. The cooperative multiplayer is more interesting, since it lets two players play a standard game of The Sims together. It's possible that serious fans of The Sims might try to play a co-op game and skillfully and efficiently split jobs and housework between them. However, it's much easier to visualize the game's co-op mode as a compromise for real-life couples who have argued about spending time together as opposed to spending time playing video games.

The Sims for the PS2 looks pretty good, all things considered. The original PC game's graphics were a bit simplistic, but they were colorful, and the same can be said of the new PS2 game's graphics, particularly with respect to the houses and furniture. However, The Sims gives you plenty of options to create customized sims--different hairstyles, hair and eye colors, torsos, pants, shoes, and accessories. Though you can zoom and rotate your camera freely, you can't zoom in too closely on your sims. Fortunately, the game gives you more than enough options to make sure your sims are visually distinctive, even from a distance.

And The Sims also sounds good on the PS2--it has great music, funny sound effects for various furniture items, and the clever and expressive gibberish language of "simlish" that originally appeared in the original PC games. Unfortunately, that's because most of the PS2 game's sound effects, voice samples, and music are taken straight from the PC version of The Sims (as well as from the 2002 PC game SimGolf). If you've never heard of The Sims before (which seems unlikely, given the series' huge success), you'll probably find The Sims' sound quirky and humorous--just as so many PC fans did three years ago. If you happen to already be a fan of The Sims, you might find it hard to not be disappointed by the PS2 game's recycled audio.

The PlayStation 2 version of The Sims does a great job of revisiting the original premise and gameplay of one of the most successful games ever. The PS2 game has several new features that add a good amount of extra play value to an already replayable game, as well as a robust 3D engine that may look somewhat plain but works well. Fortunately, or perhaps unfortunately, The Sims for PS2 is otherwise extremely faithful to the gameplay of the original game, shortcomings and all. The Sims is certainly still an unusual game, but at this point in time, it's difficult for the PS2 game to have the same sort of impact as the original PC game did three years ago, especially since three years' worth of new games have since been released for both the PC and the PS2 in the meantime. That said, the PS2 version's new additions and enhancements, along with its faithful reproduction of The Sims' gameplay, make for a game that is as solid as The Sims has ever been. So if you've never had a chance to try The Sims but the idea intrigues you, you should give it a try. And if you're already a fan of The Sims, you may wish to try out the PS2 game for the "get a life" mode and the cooperative multiplayer--but don't be surprised to find yourself in an otherwise familiar neighborhood. 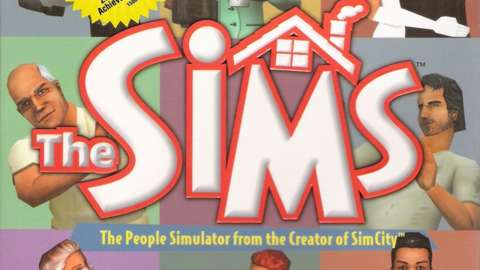