Nightlife offers plenty of new areas to build outdoor lots and some interesting new features that give The Sims 2 a fresh coat of paint for its many fans.

Watching little computer people act out their daily lives for your amusement is at the heart of Maxis' Sims games, most recently the sequel, The Sims 2. And with the second expansion pack for The Sims 2, Nightlife, you can now watch those same little people go out for lively nighttime family outings and dates that involve bowling, fast cars, art galleries, and vampires, among other things. The expansion adds a few things that help make the game seem more goal-oriented and a few things that are just plain weird--but it does have some neat new tricks to keep fans of The Sims interested.

The premise of The Sims 2 originally revolved around keeping households of "sims" (the aforementioned computer people) happy by fulfilling basic needs (also known as "motives") and by pursuing careers, friendships, and important personal life goals. Nightlife takes the action downtown, literally. The new expansion adds a downtown area that your sims can visit to go on dates or group outings or just to hang out. Downtown offers plenty of romantic and lighthearted recreation, from shopping centers to upscale restaurants to karaoke clubs. Your sims can use these activities to bond with their families and loved ones, as well as to fulfill the new "pleasure aspiration"--a new life goal for sims who just want to have fun.

None of the new features seem to fundamentally change The Sims 2, but relatively speaking, outings and dates are probably the most important additions to Nightlife. This is because they add more focus and goals to a game that some have criticized for being too open-ended. Both outings and dates can be initiated by having your sims ask other sims to go out. When the other sims agree, the game brings up a meter on the right-hand side of the screen that measures how enjoyable the event is. For groups, this meter measures how much fun everyone is having, while for dates, this measures how close sims are to a dream date. Also, dates have the added bonus of showing your companion's exact desires and fears so that you have a much better chance of pulling off the best, or worst, date of his or her life. Nightlife even adds an all-new trait to your sims: turn-ons and turn-offs (which can include formal wear, athletic bodies, perfume, and different hair colors)--these new features can help you zero in on a dream date that much more quickly.

Dating fundamentally makes the act of courting much easier, since you can quickly and easily see what your date wants. And your companions will follow up the dates with little gifts on your doorstep. For dream dates, you'll get a bunch of roses; for horrible dates, you'll get a burning bag of something else. On the other hand, group outings are pretty challenging to coordinate successfully, especially since sims can still "forget" their train of thought and wander off before you can finish pulling off the greatest picnic ever. But group outings can increase your sims' needs for social contact in a hurry, and they can also jump-start your social networking if you play it right. Having a lot of friends is not only good for advancing in certain careers; it's also useful for the influence system introduced by the previous expansion pack, University. With this system (which is also available in Nightlife, even if you don't have University), the more good friends you have, the more you're able to get other people to do what you want, such as making you some pancakes or humiliating your rivals. Aside from this addition, Nightlife seems to have subtly tweaked the aspiration system to make it easier to get what your sims want, since they're presented with easily attainable goals more often.

Nightlife adds some other features that don't have quite as much of an impact, though they're at least worth a look--such as cars and vampires. For instance, the game adds garages and drivable cars to your sims' homes, provided you can pay the sizable bill. For your sims, cars can be restful to sit in, can provide yet another hidey-hole for your sims to sneak in some "woohoo" (the Sims' euphemism for intercourse of the nonverbal kind), and can be "fun" to drive (that is, going for a spin can satisfy the "fun" motive). But their main purpose is for making travel out of the house (to go downtown or to an outdoor lot) faster, which they do, by a matter of in-game minutes. It's a useful addition for highly demanding fans who need to get the most out of every last minute in the game (since Nightlife runs on a slightly sped-up clock, just like all other Sims games), but it's not much of a plus for more-casual players on their way downtown who don't mind getting there when they get there. Cars aren't a strong addition to the game overall, and you can definitely live without them, especially considering that there are only five different cars and none of them can be directly controlled or customized beyond choosing a basic paint job.

For those who prefer flying to driving, Nightlife also adds vampires, though you'll be lucky to encounter them. A vampire count wanders randomly, and rarely, through downtown lots late at night and can convert his victims into bloodsucking, sunlight-fearing, coffin-dwelling vampires. Vampires are an interesting novelty, since they can convert sims into other vampires and can turn themselves into bats, and other sims can annoy sleeping vampires by tampering with their coffins with humorous results. But being a vampire ultimately gets in the way of the traditional Sims goals of climbing the career ladder and making lasting friends. Considering how hard the count is to find in the first place, it doesn't really seem worth the effort if you're in it for the long run.

All other things aside, this is an expansion pack for The Sims, and since the developer has become very good at creating lots of high-quality stuff, you can expect to find great graphics, great sound, and loads of new items. Both The Sims and The Sims 2 are famous for their expressively animated 3D characters who speak the equally expressive (but nonsensical) "simlish" language, while spot-on parodies of modern genres of music (hip-hop, rock, pop, and so on) play in the background. This is also very much the case with Nightlife, which adds lots of clever new animations for activities like singing karaoke, flirting with dates, and dancing the "smustle," a brand-new group dance that helps a lot of sims have a lot of fun, quickly. Likewise, you can expect to hear all-new simlish music tracks (including several themed songs for downtown areas, like techno music for dance clubs and goofy oldies tunes for the 1950s retro diner) and some appropriate-sounding simlish for sims going out on the town. And downtown offers an all-new open lot for those who like to build and customize their own dance clubs, bowling alleys, perfume boutiques, day spas, and more. If nothing else, fans of building should find plenty to do in Nightlife.

Unfortunately, this wouldn't be a Sims expansion pack if it actually fixed certain key problems, like occasionally forgetful artificial intelligence for sims and the sluggish scrolling camera, which has been around since the original game in 1999. But like every single Sims expansion pack in history, Nightlife didn't set out to fix The Sims' basic issues or to reinvent the wheel. What it does do is offer plenty of new areas to build outdoor lots and some interesting new features and tweaks that give The Sims 2 a fresh coat of paint for its many fans. 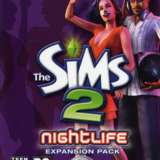 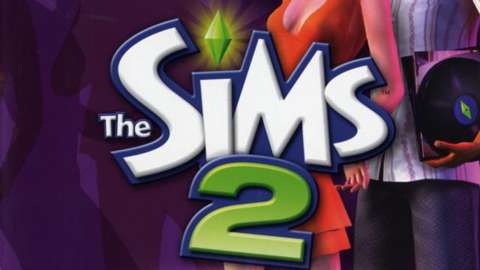 The Sims 2 Nightlife is the second expansion to Sims 2, Maxis' life-simulation game. Let your Sims experience a night on a town that's rife with night-dwelling creatures, including vampires.