If you're new to the SimCity franchise, this package is a solid introduction.

The SimCity Box is a good value, so if for some reason you haven't tested your mayoral prowess in a SimCity title before, now's your chance. Ostensibly, this package includes five games, though that isn't quite the case, since two of them are expansions. Yet at $39.95, it packs in dozens of hours of quality gameplay, thanks in particular to the inclusion of SimCity 4 and its Rush Hour add-on. This isn't quite the dream team of SimCity games--no one wants or needs the lame SnapCity, and the inclusion of 1998's SimCity 3000 would seem a no-brainer--but if you can overlook the filler, you'll still find that the cream rises to the top.

The most recent title in The SimCity Box is Destinations, an expansion to 2007's SimCity Societies. Societies on its own was a decent but unremarkable take on the city-building formula, in which you juggle social energies and economic needs while making your sims happy in your ever-expanding burb. With the recent release of Destinations, however, SimCity Societies leapt a great hurdle--so be sure to install both the original game and its expansion when prompted. The duo won't provide the challenge or depth you might be used to from a SimCity title, but the presentation is charming, and the simple gameplay is surprisingly engaging. When you consider that the expansion goes for $29.95 on its own, it's also an obviously valuable part of the package. You may have rightfully dismissed Societies as too easy to hold your interest, but the expansion is good enough to bring it in step with the big boys.

Of course, the meat of this package is SimCity 4. As with its predecessors, it was a rewarding challenge that could keep you glued to your computer monitor for hours at a time. Five years after its initial release, the game is still up to that task. The early hours are admittedly slow: You create residential, commercial, and industrial zones while balancing the intricate economic burdens of a growing metropolis. But as your town grows, these needs require a tight balancing act that involves a lot of thought and care. This installment allows for more micromanagement than do prior games; you can set taxes based on social class and zone type, for example, so expect to fiddle around with these options often as you search for that financial sweet spot. In turn, these elements make for an involving game, and seeing impressive new buildings sprout up is an excellent reward for your keen eye and thoughtful calculations.

SimCity 4's expansion, Rush Hour, streamlined the gameplay in ways that made the initial release seem obsolete, so again, be sure to install the expansion before jumping into the original. As you can guess, Rush Hour is all about transportation, and it gives you all the tools to manage your travel networks: parking garages, intercity ferries, and other enhancements that allow you to better see how your roads are affecting traffic congestion. But the most interesting aspect of the expansion is the added ability to get behind the wheel of a vehicle (or in the cockpit of an airplane) and zoom about your bustling burg. It's all good fun, though you shouldn't expect much from the driving mode: It's clunky and a bit unintuitive, though it was pretty awesome back in 2003.

Together, these four games make The SimCity Box a worthwhile value, if only because there's so much gameplay for a good price. SimCity 4, the oldest game of the bunch, still looks good and sounds great, so there's no reason to shy away if you're worried about the dated visuals. The pair of Societies titles looks better by today's standards, though the frame rate can get a little rough in a city packed with structures and decorations. All four of them benefit from a good deal of charm, from the oft-hilarious news tickers to the dramatic-looking disasters that can lay your city to waste. As for the fifth included game, Sims Carnival: SnapCity, it's best to ignore it completely and hope it goes away. It's a weird and boring mixture of Tetris and SimCity, and as interesting as that sounds, you shouldn't play it.

It's too bad that The SimCity Box isn't more historically relevant: A package including SimCity 2000, SimCity 3000, and SimCity 4 (and their add-ons) would have made for a fantastic, entertaining look at an important game universe. Thankfully, four of the five titles included provide enough value and entertainment to be worth the price, so if you're looking for a broad introduction to the SimCity series, this is a good way to start. 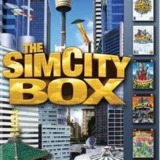 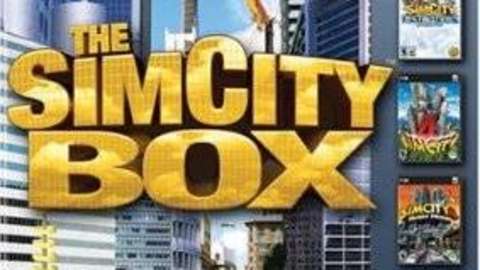