The Punisher tries to break out of the shooter blueprint by offering sometimes-gory interrogation sequences, but these don't do enough to change what is otherwise a very by-the-numbers action game.

Though many games today take elements from existing titles and try to put their own spin on them, this form of imitation isn't always a bad thing. There's something to be said for honing a concept. But the possibility that the new twist on an old formula won't actually improve the overall product certainly exists. The Punisher, a long-running Marvel Comics franchise about a vigilante trying to save the world from being overrun by scumbags, is no stranger to this concept. Back in 1993, the character appeared in an arcade game from Capcom that basically started with Final Fight as a template, and then dropped in The Punisher, Nick Fury, and so on. It wasn't so great. Now, THQ and Volition have delivered a new game with The Punisher name. While it attempts to put its own spin on the third-person shooter genre by adding sometimes-gruesome interrogation sequences, this game is, more or less, Max Payne without the bullet time.

Well, perhaps "without the bullet time" isn't entirely accurate. The Punisher can go into "slaughter mode," which slows the game down a bit. Slaughter mode is slightly unique in that, while in it, you'll regain some of your health and drop your guns in favor of a never-ending supply of knives that you can throw into the faces of enemies with stunning accuracy. The other twist to The Punisher is that you can grab any enemy for use as a human shield. Though doing this slows down your movement so much that it's only occasionally useful, once you've grabbed an enemy, you can choose to interrogate him. This brings up a little tension minigame, in which you have to work the analog stick just right to keep a line in the proper section of a meter for three seconds. Once you do this, the perp will crack and tell you what he knows, and you'll get a little health boost for your trouble. Most enemies know next to nothing, and interrogating the average bad guy will get you one of only a few phrases per level. But some enemies yield more-interesting results, and these guys are clearly marked with a skull over their head, so you'll know to deal with them dead last.

The Punisher's family was wasted by the mob, and he's out for revenge. Unless you're already a fan of the character, that's all you really have to go on at the outset of the game. The story is told via a series of flashbacks. It seems that Frank Castle's finally been caught at the end of a three-week spree of crime fighting, though the NYPD sees his vigilante tactics in a slightly different light. The game opens with The Punisher being interrogated by the authorities in a little room on Ryker's Island (not to be confused with Rikers Island, the real-life prison). They talk him through the last three weeks, fading out to gameplay at certain points. You start out merely taking on the mob, which happens to be running a crack house and a chop shop in your neighborhood. Eventually, murdering your way up the mob's chain of command leads you to a much bigger terrorist plot. Players will find somewhere between 10 and 15 hours of action here the first time through, with the variance in time largely decided by your skill at getting headshots. The game gives you medals based on your performance, and you can choose to reenter levels with specific challenges to complete, though these additions don't really provide enough reason to go back to the game after completing it.

You do most of your killing with a variety of firearms. You'll begin with only a pair of pistols, but your arsenal grows quickly. You'll have a handy array of assault rifles, submachine guns, and pistols, as well as some more-specialized weaponry, like a rocket launcher, a flamethrower, and grenades. While some weapons certainly have their place--there are a few spots that are much easier if you're toting a sniper rifle--the minute-to-minute fighting that you'll spend most of the game engaged in doesn't require a lot of firepower as much as it requires a steady hand. You can zoom in with most weapons for more-refined aiming, and headshots are most definitely the order of the day. With the game's fairly boneheaded artificial intelligence constantly standing still, or, even better, taking cover behind benches and other items that leave most of their body exposed, most players shouldn't have much trouble when it comes to ringing up headshots.

Even if you don't seem to be able to nail enemies in their heads, the game makes killing them startlingly easy. The Punisher is supposed to be a superhero of sorts, so it's not too far-fetched that most bullets barely take anything off your life bar, but it's so minimal that you can cruise through most of the game by running up to each enemy and pressing the "quick kill" button, which rolls out a brief animation of the enemy in question being shot, being stabbed, or having his neck broken. Sure, you'll take a few shots while you run up to each foe, but since you can just interrogate a couple of guys to get that health back, you're rarely in need of health on the game's normal difficulty setting. The hard setting, as you might expect, limits your ability to do this a bit.

The Punisher's action is very standard, fitting right into the third-person shooter genre. The only thing that really sets it apart, in terms of gameplay, is that it has a number of specific kill animations. You have a handful of quick-kill moves and four different standard methods of interrogation. These don't change throughout the game, and they get repetitive very quickly. In an effort to change things up, some spots in the levels can be used for special interrogations. These spots are clearly marked, and usually involve you using a piece of the environment to loosen a foe's lips. Many of these simply have you dangling your enemy over a ledge, but there are some unique ones, like slamming an enemy's head in the door of a jeep, threatening to stick a guy's head into a ceiling fan, shocking a man with an exposed electrical wire, and so on.

It's nice that the game offers these, but the payoff for actually going through with the plan and killing your subject is really underwhelming. The game's rated M, but for some reason the camera quickly zooms out from the action when you decide to finish an enemy off in a special interrogation sequence. It also changes to black and white, almost as if the game doesn't want to show you such a bloody finale without heavily filtering. Yet, after the fact, it doesn't have a problem showing you a dead body that happens to be missing its head, for example. And many cutscenes are filled with dripping blood. Whether the black-and-white effect was a stylistic choice or one aimed to censor some of the game's gorier scenes isn't so important. Either way, it takes away from the impact of these sequences.

The Punisher is a good-looking game, but with some better texture work, it could have looked much better. You'll encounter some awfully blurry-looking textures here and there that make the environments look a little bland. At least the game is pretty good about giving you a variety of environments--many sequences take place in fairly tight indoor settings, but you'll find some larger outdoor arenas as well. While the environments may be varied, there really isn't much to do in them beyond running around with your guns blazing. The extent of your environmental interaction, beyond the special interrogations, consists of being able to shoot bottles off a bar. Yet you can pump bullet after bullet into a television set without breaking it. This makes the game's locales feel flat and stale. Also, the game's camera isn't really up to the task of presenting the action when you're in tight corridors. One level in particular puts you on a ship, and the tight corridors and small rooms make it nearly impossible to see what's going on around you. The one standout part of The Punisher's graphics is its selection of character models. The standard troops look good, and The Punisher himself looks really great, with similar levels of detail going into the models for many of the story's other major characters and bosses. In terms of the differences between the PlayStation 2 and Xbox versions of the game, they're quite similar. Graphically, the Xbox version is better, though not by much--that is, unless you're running it in widescreen on a 480p setup, which makes everything look a little sharper.

Good in-game sound in a shooter generally comes down to having gunfire that sounds appropriately tough. The Punisher doesn't do this especially well. While your gunfire sounds at least passable, enemy fire is quiet at times and doesn't seem to always be positioned correctly. As an example, in one sequence you're raiding an island, and there's a man positioned behind a turret, firing off rounds in your direction. While you'll see tracer fire heading your way, and you'll even have a clear view of the turret, you won't actually be able to hear the gun firing until you get much closer to its position. The sound in the cutscenes is also poorly mixed. Voices usually come through loud and clear, but the rest of the action sounds awfully flat. Certain actions, like a man slamming his hands down on a table, don't make any sound at all. The game has a great deal of voice acting in it, though most of it is a little flat.

The Punisher tries to break out of the third-person shooter blueprint by offering sometimes-gory interrogation sequences, but these portions don't do enough to change what is otherwise a very by-the-numbers action game. If you're fan of the character, you'll probably get some enjoyment out of running around and torturing enemies, but the lack of variety here causes this portion of the game to wear thin fast. Beyond that, you're better off looking elsewhere for your third-person action needs. 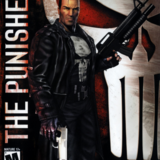 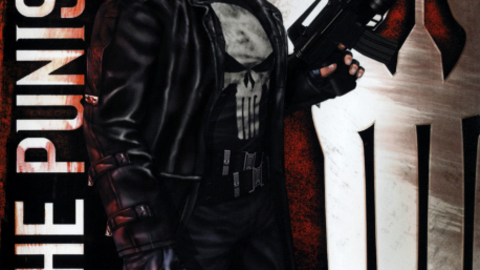 Enter the mind of The Punisher, a vigilante driven by more than just revenge. In a world marked by corruption, you serve as judge, jury, and executioner as you terrorize criminals with their own ruthless methods.