The Pinball of the Dead Review

You don't have to know or appreciate the source material to really enjoy The Pinball of the Dead.

Arguably, The Pinball of the Dead is the best idea since sliced bread. Or at least since 2001's absurdly fun The Typing of the Dead. Like that game, The Pinball of the Dead is inspired by The House of the Dead 2 and its predecessor, both horror-themed light gun shooters originally released in arcades back in the late '90s. The House of the Dead games took themselves seriously and featured plenty of scary-looking monsters to shoot at from a first-person perspective. But the combination of gory, intense, fast-paced action and some outrageously terrible dialogue succeeded in endowing the games, especially the sequel, with that rare status of "cult classic." This much is for sure: If you don't get the appeal of The Pinball of the Dead, that's only because you're not in the joke. The good news is, though, that you don't have to know or appreciate the source material to really enjoy the game. It's a fine-looking, great-sounding, fun-filled game in its own right.

The Pinball of the Dead features three different pinball tables, with the ominous, artsy-sounding names "Wondering," "Movement," and "Cemetery." Though this is for the most part a straightforward pinball game, filled with flippers, bumpers, ramps, gimmicks, and all the stuff you'd expect to see on a pinball table, you'll also quickly notice that each of the game's three colorful tables is infested with the walking dead--an inspired addition to the pinball milieu if ever there was one. Zombies serve both as targets and as obstacles. They're like moving bumpers that splatter into puffs of blood when the ball hits them--pretty satisfying, just as shooting them always was in the House of the Dead games.

Each of the tables is colorful, different, and original. "Wondering" is themed like an old city overrun with zombies. "Movement" is a creepy laboratory. "Cemetery" is actually rather occult. Each of these is larger than most any real-life pinball table and jam-packed with secrets and things to do. Most notably, you can actually end up in hidden areas battling against the various boss monsters you might recognize from The House of the Dead 2. By combining traditional pinball gameplay with a dash of arcade-style shooting and a dose of horror, The Pinball of the Dead is highly reminiscent of the classic TurboGrafx-16 occult pinball game Devil's Crush.

The Pinball of the Dead plays more or less like a regular pinball table. The default control setting lets you use the shoulder buttons on the Game Boy Advance to control the left and right flippers, respectively, which you'll use to swat a little ball around and across the table, trying to go for tough, high-scoring shots. You can also use the D pad and face buttons to nudge the pinball table in any direction, to try to help place a shot or better yet to keep the ball from going down the gutter, though surprisingly it seems impossible to "tilt" the table by being too pushy. Ball physics are extremely important to any pinball game, and they're serviceable but not spectacular in The Pinball of the Dead. While the ball mostly flits around with the sort of speed and inertia you'd expect from a pinball machine, sometimes it'll get stuck or won't bounce around quite as you'd expect. Generally, the ball also seems a bit floaty, as if it lacks the mass of a real pinball. The fact that you don't see any animated chrome effects on the ball only furthers the sense that this isn't exactly an authentic simulation of pinball physics. Also, some slowdown issues occasionally crop up just as the action starts to get really heated, which is annoying and can throw off your timing.

The game looks good and sounds even better. All the different zombies and boss monsters are animated smoothly and look just like tiny little versions of their original counterparts. To bring home the ridiculousness of the whole affair, the manual reminds you that these various foul creatures sport names like David, Bob, and Patrick. The tables themselves are bright and colorful, yet the horror theme definitely stands out, lending the game a none-too-serious but nonetheless well-crafted sense of the macabre. Fans of The House of the Dead 2 will truly appreciate the soundtrack here, which features excellently remixed, fast-tempo versions of the tracks from that game. On its own merits, it's still one of the better-sounding soundtracks yet done for the Game Boy Advance, though there's a limited selection of tracks, and the music does at times sound tinny. The Pinball of the Dead also boasts a lot of digitized speech clips, straight out of the original games, and even some brief full-motion video bits. Again, fans of the series will love the speech, which is almost as terrible as ever. It's a real treat that when you lose your last ball, the game intones, "My God."

The value of any pinball table is debatable, insofar as it's all right there, right in front of you from the get-go, so the lasting appeal of a game like this isn't obvious. There are some secrets and the boss battles to look forward to, but really, it's not like there's a ton to see in The Pinball of the Dead. Still, as with any good pinball table, the fun of trying to rack up higher and higher scores is something that can become downright addicting. So if you're looking for a fun GBA game that's great to play either for brief stretches or for long periods of time, and especially if you're a fan of the House of the Dead series, then definitely check out The Pinball of the Dead. 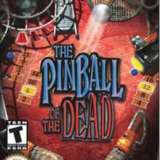 The Pinball of the Dead
Follow
$90.61 on Walmart
Buy 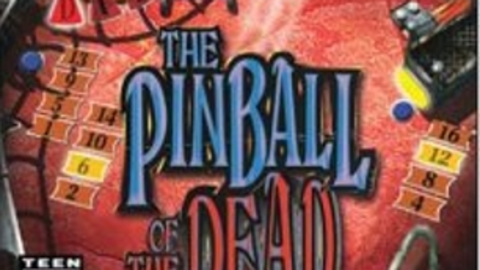 The Pinball of the Dead

You don't have to know or appreciate the source material to really enjoy The Pinball of the Dead.

7.8
Sign In to rate The Pinball of the Dead