The Operative: No One Lives Forever Review

Everything that's good about The Operative: No One Lives Forever is simply overshadowed by the frustration you are subjected to without having a quick save.

The Operative: No One Lives Forever received a great deal of praise when it was originally released for the PC in November of 2000. The game featured terrific AI, humorous dialogue, and a great mix of first-person action and stealth. Naturally, the long-awaited PlayStation 2 version of the game includes just about all the same elements that made the PC version a hit, except the quick save feature. While leaving the quick save feature out may seem like a slight oversight, the reality is that it changes the game into a frustrating exercise in trial and error.

While it may not seem like a big surprise that a PC first-person shooter ported to a console didn't turn out all that well, that is definitely the case with The Operative: No One Lives Forever. The game's story puts you in the role of a sexy superspy named Cate Archer, who works for an international antiterrorist organization called UNITY. As Cate, you have to shoot and sneak your way in and out of enemy strongholds to foil the evil plans of HARM, a terrorist group made up of comical cartoon-esque bad guys.

The gameplay in No One Lives Forever is rather diverse when compared with the gameplay of other console first-person shooters in that you don't always push through the levels, mindlessly shooting bad guys. Instead, the game offers a slight mix of mission types, including stealth and sniping levels interspersed between the usual run-and-gun missions. The opening level, for instance, puts you in a window with a carbine, and your objective is to keep a nearsighted and hard-of-hearing ambassador safe from assassins as he strolls up and down a street, unaware of the danger he is in. Posted at the window, you can easily snipe the assassins as they repeatedly pop out of doorways and windows. Once you've cleared the area, you move to another location, where you snipe a bit more and finally engage in a close-quarters firefight. In all, the game includes 19 missions--four of which are exclusive to the PlayStation 2 version--which breaks down to about 60 different levels. If that sounds like a lot, that's because it is. Not only are there 60 levels, but a good number of them are also fairly long, which is where the absence of a quick save feature becomes a gigantic problem, since you have to start at the beginning of the level every time you die. Trying to play through a level that has 30 or so enemies with a finite amount of health and armor becomes a trying experience that requires you to do everything perfectly. You'll end up playing through some of the game's missions over and over, memorizing where every enemy is until the point where you unexpectedly die or pass the level. While the game does have some unique features for an FPS, like being able to choose your character's response to questions and comments from other characters, its lack of a quick save really ruins the entire experience.

Visually, No One Lives Forever doesn't look all that spectacular. The character models and their animations are all competent, but the overall look of the environments in the game is rather boring. Objects are blocky, everything looks like it's shaded about the same, and nothing looks that exciting. Aside from that, the weapon models are decent and the game moves at fairly steady frame rate.

In the audio department, No One Lives Forever has a lot going for it. The voice acting is actually very well done, and the game has a ton of it. From catchy one-liners from enemies like, "Don't be apprehensive about this apprehension," to full-on conversations between guards about buying monkeys, the game has a lot of cool conversation. Quite often you'll sneak up on enemy characters just to listen to their hilarious conversations about mundane things. The sound effects are decent for the most part, although the sound effect for silenced bullets hitting near you sounds like bubbles popping. The game's music is rather low-key, and in some ways it's almost relaxing--not necessarily the type of music you might expect, but decent nonetheless.

In the end, everything that's good about The Operative: No One Lives Forever is simply overshadowed by the frustration you are subjected to without having a quick save. The game may feature intelligent humor and great voice acting, but you'll never know or care after playing the game for five to six hours and only ending up 10 percent of the way through. The one exception may be if you enjoy playing a first-person shooter with the auto-aim turned on, since the game does include it, and it makes playing through the levels considerably easier. Either way, the bottom line is that you should definitely rent this one if you're interested in it. If you're just looking for a good first-person shooter for the PlayStation 2, you should try Half-Life or Red Faction instead.

View Comments (0)
Back To Top
4.6
Poor
About GameSpot Reviews 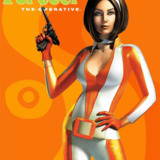 The Operative: No One Lives Forever
Follow
$21.95 on Walmart
Buy 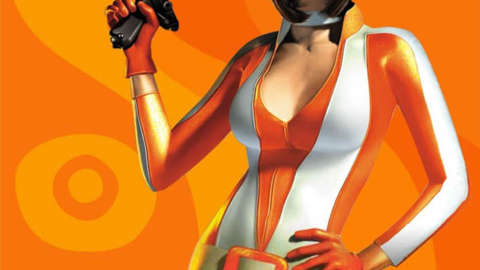 8.7
Sign In to rate The Operative: No One Lives Forever