The Occupation Review - On The Clock

Knowing is half the battle.

I'm glad I played through The Occupation a second time. My first playthrough did not end well. Yes, I made it to the end, I saw a final cutscene and watched the credits roll, but I wouldn't say I reached the conclusion of the story. In fact, I felt like I'd barely scratched the surface.

After finishing it a second time I had a good handle on the major events of this bureaucratic thriller, but it wasn't until I'd played all the way through for a third time--and replayed individual sections several times over--that I felt confident I understood the motivations of the main characters. Even now, I'm contemplating a fourth go in an effort to figure out the smaller details and fathom just how deep the conspiracy goes.

The Occupation is a story-driven stealth-adventure game that rewards repeat plays even if it can also, at times, feel hostile to the idea of enabling you to delve into its narrative nooks and crannies. It tells a mature, challenging story that is both overtly political and ambiguous enough to leave plenty to interpretation, while its core stealth mechanics deliver a suitably tense experience.

For most of the game you play as an investigative journalist who is reporting on a terrorist attack at the stately campus of a prominent IT company. An immigrant employee of the company has been arrested in connection with the alleged bombing, but you've received a tip-off that not all is quite so simple. There's also the matter of the company's work on a personal data harvesting project that seems worryingly linked to the British government's proposed Union Act, an anti-immigrant and anti-civil liberty bill about to face a crucial vote in parliament. It may well be set in the 1980s, but the issues tackled feel all too relevant today. It's a smart story that's told with a deft, delicate touch.

It's essentially a detective story in which you investigate scenes, gather clues, compile evidence, and interrogate eye-witnesses. You have arranged interviews with three key players at the company, and in between your appointments, you are able to explore the offices. The catch: you're on a time limit during each of the three main investigative periods. When that time is up--and it varies between 30 and 60 minutes of real-ish time--your interview starts regardless of how much incriminating information you've managed to obtain, and your line of questioning is limited to what you can actually prove.

Navigating the office space is in itself a challenge. These buildings are a maze of corridors, security checks, staff-only areas, ventilation shafts, crawlspaces, and temporary construction sites. Remembering how to get from one room to another when you have to travel to another floor, in and out of restricted areas, stealing an ID card here, shutting off the mains power there, is a stern memory test even once you're familiar with the basic layout. But the environments have a real tactile feel that makes you want to keep exploring them.

Complicating matters further, if any staff find you in a restricted area--rifling through their filing cabinets, for example--they'll ask you to leave, and if you persist, call security. Fortunately there are gaps you can exploit, both physical ones like the vent under that desk that leads into the locked room next door and temporal ones like those few minutes you have to log in to someone's computer and read their emails before they return from the bathroom. Little touches, like pausing to close the blinds in an office window before continuing your snooping, go a long way to making you feel like a genuine detective.

Sneaking around is your best bet to avoid attracting unwanted attention, particularly from Steve, the company's amiable security guy, who wanders the complex and will usher you out of anywhere you shouldn't be. Sometimes he'll spot you from a distance and come to investigate, giving you time to leave the area or find somewhere to hide while he searches. The stealth is just light enough that you get to feel like you slipped by effortlessly without having to worry too much about memorizing patrol patterns or keeping to the shadows. Sometimes it's a bit silly, though, and requires suspension of disbelief like when you clearly dash into a closet from which the only exit is through a vent, but Steve just goes, "Huh, I wonder where he went?"

On one hilarious occasion, Steve caught me trying to access someone's computer, so I tried ducking under the desk. He sighed, "I know you're in there," as he entered the room, walked over to the desk and crouched down next to me, shining his torch directly in my ever-so-guilty face. I could only laugh as he escorted me outside and gave me my final warning.

Piecing together the clues obtained from all your clandestine activities while you match them to your mental map of the facility is extremely satisfying. A crumpled note found in a trashcan might suggest that someone is hiding something, but now that you’ve found a way into their office you realize you don’t have the password to their computer and will have to rethink your approach. Your dossier, which updates whenever you reveal something of significance, suggests your next steps but rarely spells out the solution. When you have multiple lines of investigation on the go it can be taxing to keep them all straight, but it’s also hugely enjoyable to scan your dossier again and try to spot that vital connection you’ve been missing.

However, it's highly unlikely that anyone could collect every important clue on their first attempt, meaning your mandatory interviews with the key players will feel frustrating and almost painfully ineffective. There are no do-overs without actually starting a new game--the game autosaves only at the beginning of the investigation period, and you cannot create a manual save. It's frustrating when you run out of time and realize you didn't collect all the clues; on my initial playthrough I had nothing at all to pin on my first interviewee while I failed the second investigation period so badly my interview was canceled entirely. One option is to accept failure and resign yourself to playing through the whole thing a second time.

But I'm so glad I did. On my second playthrough I was able to find more clues that proved the company was lying about certain things, and I discovered whole new areas of the offices I hadn't even seen the first time around. Still, I knew there were things I'd missed, things I didn't yet understand.

I went back for a third playthrough. I had my handwritten notes from my second playthrough, and made sure I added to them whenever I turned up something new. But, as the minutes ticked away, I knew I wasn't going to find out everything. Time was running out and I still didn't know how to get into that office or how I was going to get that document printed. If I went to the interview without being fully prepared, the game would autosave and I'd have to move on whether I wanted to or not. So I quit out. I restarted a fourth time. Then a fifth.

I still haven't cracked that first interview. I've finished the game three times now, played that opening section six times, and seen two different endings based on my choices and performance throughout. Each time through, I am discovering something new, some document that adds to my pool of knowledge or some previously unrevealed connection between two people that casts a new light on their relationship. It makes me feel like a proper detective. But it's an arduous process, replaying the whole section over and over, for what feels like ever-diminishing returns. I can't help but wish there was some sort of time rewind mechanic to alleviate the repetition.

Of course, it seems churlish to complain too much about a game I'm enjoying enough to willingly replaying it again and again to explore every facet of its story. The Occupation is the sort of game you'll find yourself thinking about when you're not playing it, that gets under your skin in ways you didn't even realize. I'm going to play it again. Maybe this time I'll completely crack the case. 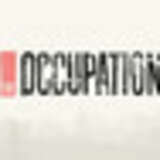 David Wildgoose isn't an investigative journalist, but he spent a good 15 hours investigating every desk drawer and filing cabinet found in The Occupation. 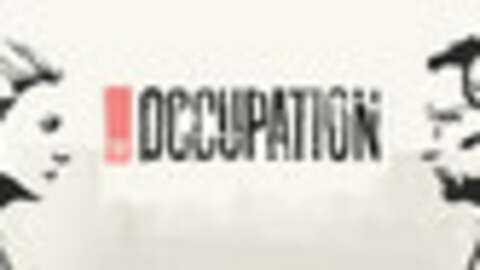