Things are never as simple as they should be. The Kaplans have come to a secluded house in the Pacific Northwest for a summer getaway--a chance for Dan to focus on his book, for Linda to reignite her painting career, for the two of them to work on their marriage, and for their son Tommy to make some progress in coping with his learning difficulties. That's an awful lot for a family to tackle over the course of a single summer, and as it turns out, for the Kaplans as for many real families, not everyone can have all their needs met all the time.

The Novelist doesn't hold together as well as you'd hope, but the challenging situations the Kaplans find themselves in, and the burden of having to decide how the Kaplans respond to those challenges, make it a gripping game that causes you to reflect on the often-competing forces that are at play in our real-world relationships, and the difficulty (if not the impossibility) of finding a successful balance that's fair to everyone involved.

You impact the lives of the Kaplans not as a member of the family, but as a ghostly presence who inhabits the house they've rented for the summer. There are two difficulty settings in The Novelist, "stealth" and "story." If you select stealth, you can be seen by the Kaplans as they wander about the house, and spooking a family member limits your options in that chapter where he or she is concerned. But it's easy to avoid being seen given your ability to zip from light source to light source, a speedy and fun way to navigate the two floors and multiple rooms of the house. If you choose story, the gameplay is exactly the same, only without any need to worry about spooking the Kaplans; you can wander the house openly. The Novelist isn't a game about moment-to-moment gameplay but rather about the impact of decisions over time, so the choice of whether to play in stealth or story mode is ultimately the least meaningful decision you have to make in the game.

In The Novelist as in life, disappointment is inevitable.

The much more interesting decisions start confronting you immediately. In each chapter, you explore the house looking for clues to the current desires of each family member. These can be letters Linda has written to her sister, sketches Tommy has drawn, notes Dan has scrawled about the book, and the like. At one point, Dan is feeling pressure from his publisher to get some chapters submitted on his new book, while Linda really wants to get some quality time with Dan, and Tommy wants his daddy to play with him for a while. In another chapter, Linda's grandmother's funeral is happening at the same time as an opportunity for a public reading that could save Dan's career, and there's an air show that Tommy, feeling lonely at the isolated house, would love to attend.

Before you can make a choice about what the family should do, you need to both investigate the house for clues, and investigate the memories of the characters. When you approach them from behind, you can zip into their minds and see frozen tableaux in the house of moments that have happened recently. By clicking on the figures, you hear exchanges between them, such as Dan asking Linda, who is gazing longingly out a window, "Is there something out there?" and her responding, "The entire world's out there." But these remembered interactions and solitary moments rarely provide much real insight into the characters; the process of entering memories and witnessing them feels more like a hollow, predictable routine that pads out the game than like actual investigation into the hearts and minds of the characters. However, the written words of Linda and Dan change to reflect decisions you made in the previous chapter, and these are more effective at bringing the characters to life.

After you've completed the investigation routine in each chapter, it's time to make your decision. You can totally fulfill one character's desires and have another character find an unsatisfying compromise for his or her wants, while the third character's desires will go completely unfulfilled in that chapter. I almost always felt conflicted about my decisions, my heart aching for the character whose desires I'd decided to ignore for the moment. And the situations the characters faced made me think about situations in my own life, about how life is a balancing act, how sometimes we need to make sacrifices for the people we care about, or soldier on with work in the midst of personal crises, how not all of our needs can be met all the time. In The Novelist as in life, disappointment is inevitable.

The Novelist isn't immersive; the behaviors of its characters as they wander about the house aren't convincing. You never see them interact with each other in meaningful ways (aside from the frozen moments you see in characters' memories) and you might sometimes see a character walk right through a closed door. The narrative structure also fumbles in its attempts to create an engaging and believable arc. For instance, one chapter might end with Linda tossing a shoe angrily at Dan because of the decisions you made in that chapter, suggesting their relationship is in real trouble. But then the month-end recap that immediately follows and shows how the Kaplans are doing as a result of choices from the past several chapters might have the pair spending a very happy night together at a bed-and-breakfast.

And it's frustrating that a game about the struggle to find balance in a family is subtly skewed to put more focus on Dan. You always whisper your choice about what the family should do to Dan and Dan alone, as if he, as family patriarch, is single-handedly responsible for the directions the family takes. It's equally disappointing that, while there's a lot of focus on Linda's career throughout the game, in the final summary of how the decisions the Kaplans made that summer affected their future, the game comments on Dan's career, on Dan and Linda's marriage, and on Tommy's future, but not Linda's professional future.

But as a game of ideas, The Novelist works. It's not a challenging game, but the choices you have to make are. I played through the game twice, and was surprised to see how differently things were for the Kaplans in the end based on the different decisions I'd made. When a family member was left struggling or failing in the end because of the choices I'd made, I felt a kind of guilt that moral choices in games rarely make me feel. The Novelist knows that when it comes to the people we love, there are no small decisions. 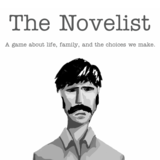 Carolyn once entertained notions of being a novelist, but is perhaps more of a playwright at heart. She played through The Novelist twice for this review. It took her about six hours in all. 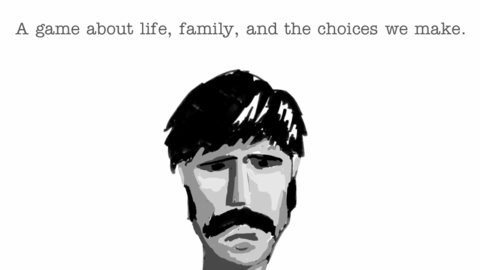 The Novelist puts you in the role of a ghostly presence that can influence the path of Dan Kaplan's career and family life.