In the translation from feature film to Game Boy game, movie licenses tend to end up as generic action games that bear little or no resemblance to the film's original subject matter. Konami's video game rendition of Universal's The Mummy takes a different approach. Instead of pigeonholing the film into the framework of a beat 'em up, the game takes the movie's treasure hunting premise and portrays it in the most logical way possible, as a puzzle game. Throughout the game's 46 increasingly difficult spatial brainteasers, you'll help Rick (Brendan Fraser) and company prevent the resurrection of Imhotep - not with your fists, but with your wits.

As a game, The Mummy bears closest resemblance to Acclaim's much maligned Olsen Twins series of puzzle games. The overriding goal is to collect relics within each level of the tomb, progressing deeper and deeper until the final confrontation with Imhotep. Just as in the Olsens' adventures, completing a level requires that you adapt the environment to your needs - shoving crates, jumping across platforms, and dynamiting walls until you've discovered the proper combination to make your way forward. Another similarity to the Olsens' games is that most levels let you swap between three characters, each with his or her own life gauge, skills, and abilities. Rick is a good shot but poor at jumping; Evelyn is useless with weapons but jumps the best; and Jonathan is an average Joe with a penchant for explosives. Thankfully, this is where The Mummy's similarities to Mary Kate & Ashley end.

Unlike the Olsens' games, the characters in The Mummy don't remain in place when swapped. Thus, instead of using Rick's head as a springboard, the only way you're going to get Evelyn where she needs to go is by using him to push vases onto their proper switches. Level design and size also greatly distinguish the game from Acclaim's series of ill repute. Triggering a switch early or blasting the wrong wall can have serious consequences later on, oftentimes leaving you without an explosive at a time when you really need it. As far as size goes, a normal layout in The Mummy is roughly five screens wide by three screens tall, which gives the game a deep sense of challenge and places emphasis on the big picture. Sometimes you'll have to bring a statue to a switch that's more than four screens away, while also taking care to avoid any break-away platforms you might happen across. At other times, you'll have to fall through trapdoors and wander aimlessly through a level countless times, failing jump after jump until you finally manage to get Rick onto the one platform you've missed so many times before. For the most part, there's no single solution to each puzzle, but a workable solution will require plenty of trial and error. If things get too hot, mashing the A, B, and Start buttons will at least let you restart the level. Fans of spatial puzzlers, such as Wrecking Crew, Solomon's Key, and the Lost Vikings may wish to take note - the Mummy is just similar enough to warrant your interest.

Although the game doesn't exactly set new standards in terms of graphical or sound quality, The Mummy's crisp visuals, fluid character animation, and orchestral-style music really support its overall premise. Small details are easy to pick out, the music is nonintrusive, and everything possesses a distinctly Egyptian look without being overly distracting. As it should be with puzzle games, the focal details are minimalist in nature, but the peripheral ambience is thick with quality.

Don't let comparisons to the Olsens' series fool you. The Mummy may have a similar design, but the implementation is much, much more fulfilling. Fans of spatially oriented puzzle games won't christen it the second coming of Solomon's Key, but there's enough challenge and intelligence within each of The Mummy's 46 stages to keep most people occupied for a goodly amount of time. 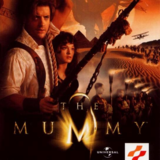 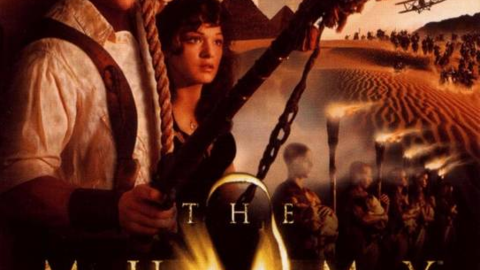