The Mummy Returns is a valiant attempt to make an interesting game playable for a wide audience, and it is, for the most part, successful.

These days it seems like just about every blockbuster movie has a game to accompany it. As is the case with many movies that become games, the story closely follows that of the film in an attempt to re-create the experience on the small screen. In fact, it is almost a given that these games play in such a way that they appeal to the mass market--playable by young and old gamers alike. The Mummy Returns, by Universal Interactive, is one of those games, with a few key changes that make it stand apart from the pack.

While almost every movie-to-game conversion puts you in the role of the hero, this game also offers the flip side of the coin by letting you go on a completely separate adventure as the evil mummy, Imhotep. As you might imagine, the two characters play quite differently. Rick O'Connell is your standard hero character, outfitted with a variety of helpful items, weapons, and the like. Imhotep, on the other hand, relies more on powerful magic and a soul-sucking ability not unlike the one found in Eidos' Legacy of Kain: Soul Reaver. While Rick can heal himself with health pickups, Imhotep can feed upon the souls of his stunned enemies to replenish his health.

Both playable characters go on a quest that involves fundamentally similar actions to those in many third-person action-adventure games--fighting off enemies, jumping platforms, searching for key items and new weapons, and so on. The end result is a path that has been walked down many times before, with Rick's quest being almost cookie-cutter-like in execution. As previously stated, you can also control Imhotep in his quest to rule the world. Letting you take control of a villain in a type of game normally meant for heroes is quite a departure from the standard action-adventure fare, and it's a welcome change from Rick's quest. You control both characters in virtually the same way, and the control scheme is easy to grasp. The two games also intersect in their overall goal, to defeat the evil Scorpion King.

Fans of the film will instantly find themselves at home with the story behind The Mummy Returns, because it follows the movie very closely. The many cutscenes in the game advance the story, albeit with 3D renditions of the movie's stars, with mouths that do not move and voices that are quite different from those in the movie. At times, the experience is almost like watching a badly dubbed kung fu movie.

What the game lacks in story presentation it makes up for with some pretty decent graphics. Universal Interactive has gone to great lengths to make the characters look like the actual actors in the movie, with detailed faces and carefully modeled bodies. While the models sometimes look a little rough around the edges, for the most part, the attention to detail shows off well. The game's environments are also suitably detailed, down to flickering torches, rippling water, and hieroglyphs. This game also has some equally impressive textures on display in the expansive levels throughout the game. In all, The Mummy Returns is graphically well executed and is bound to catch your eye.

This adaptation of the blockbuster film is not without a few ugly wrinkles. First and foremost is the downfall of many third-person games: a faulty camera. While the camera that follows you throughout the game is generally good, the so-called freelook camera is anything but. The slightest touch in any direction sends the camera to the extreme right or left, often passing right by what you need to be looking at. This quirk can make many of the game's platform sequences extremely difficult and frustrating. The second shortcoming is a mapping system that is great to look at but almost worthless in execution. The viewable map is a basic 3D rendition of the current level you are playing on. You can rotate it 360 degrees and zoom in and out, but it is not viewable by any other means. It seems that whenever you really need to see where you're going, there is always something in the way. An overhead view would have been much easier to follow and far more effective.

The Mummy Returns is a valiant attempt to make an interesting game playable for a wide audience, and it is, for the most part, successful. While it looks and sounds good and is a solid-playing game, it is not without a few annoying quirks that pop up at moments when you least need or want them. The addition of being able to play as a villain is a welcome change and should definitely appease fans of the movie as well as the average gamer. 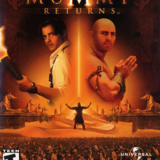 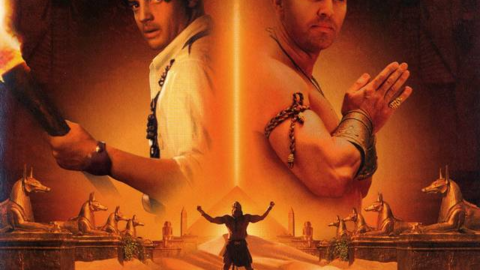 The Mummy Returns is a valiant attempt to make an interesting game playable for a wide audience, and it is, for the most part, successful.